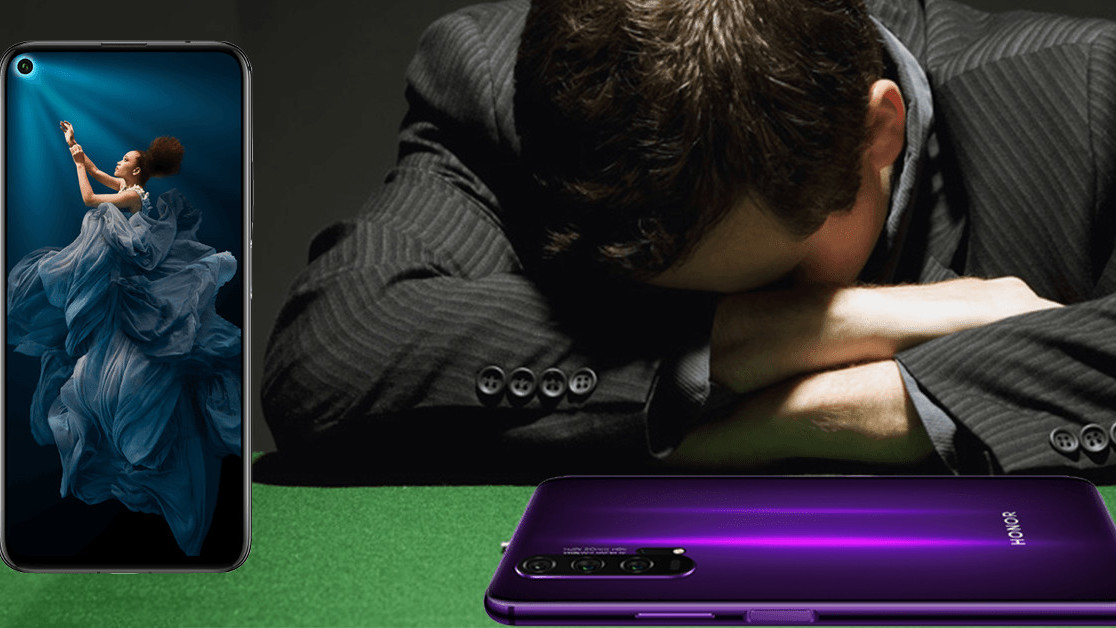 It’s a bit of a tough time for Huawei‘s budget sub brand Honor to release its latest flagship phone, but, the show must go on. And, to be quite honest, the Honor 20 series has some impressive looking specs for a mid-tier device, even if this is the worst possible timing. Still, let’s take a look!

There are three models of the Honor 20 series: the Pro, the regular, and the Lite. In regards to the rest of this piece, we’re going to be focusing on the Honor 20 Pro and the Honor 20.

Each phone uses the same Kirin 980 processor. Both displays come with:

Excitingly, they also have a screen-to-body ratio of 91.6 percent. Say goodbye to the bezel.

This is where, on paper at least, the Honor 20 and Honor 20 Pro really shine. Each model has four rear cameras, plus a punch-hole selfie lens on the front.

But, the Honor 20 Pro comes with an 8MP, f/2.4 telephoto camera, while the regular model has a 2MP depth sensor.

While the Pro model has:

Each phone has a 22.5W fast charging feature, which – according to the company – half-fills the battery in 30 minutes. Unfortunately, neither model has wireless charging.

In regards to the batteries themselves, the regular Honor 20 has a 3,750mAh capacity, while the Pro just noses ahead with 4,000mAh.

There’s a fingerprint sensor on the side of each phone, but, annoyingly, no headphone jack – even though this should be kinda expected these days.

When it comes to the devices’ color, there’s the normal ridiculously named bullshit. On the regular model, you can get shades called Midnight Black and Sapphire Blue, while the Pro comes with Phantom Black and Phantom Blue. Uh, woo?

Of course, these phones aren’t available to buy in the US and have been released too late to fit into the 90 day exemption from the ban. This means you’re not going to get the latest versions of Android, or (possibly) even access to the Google Play store.

While this is a damn good array of specs for a mid-tier phone, there’s not much point in buying one if you don’t have access to basic Android functions. Basically, as great as the Honor 20 and Honor 20 Pro look, they couldn’t have been released at a worse time. Nice phones, terrible luck.