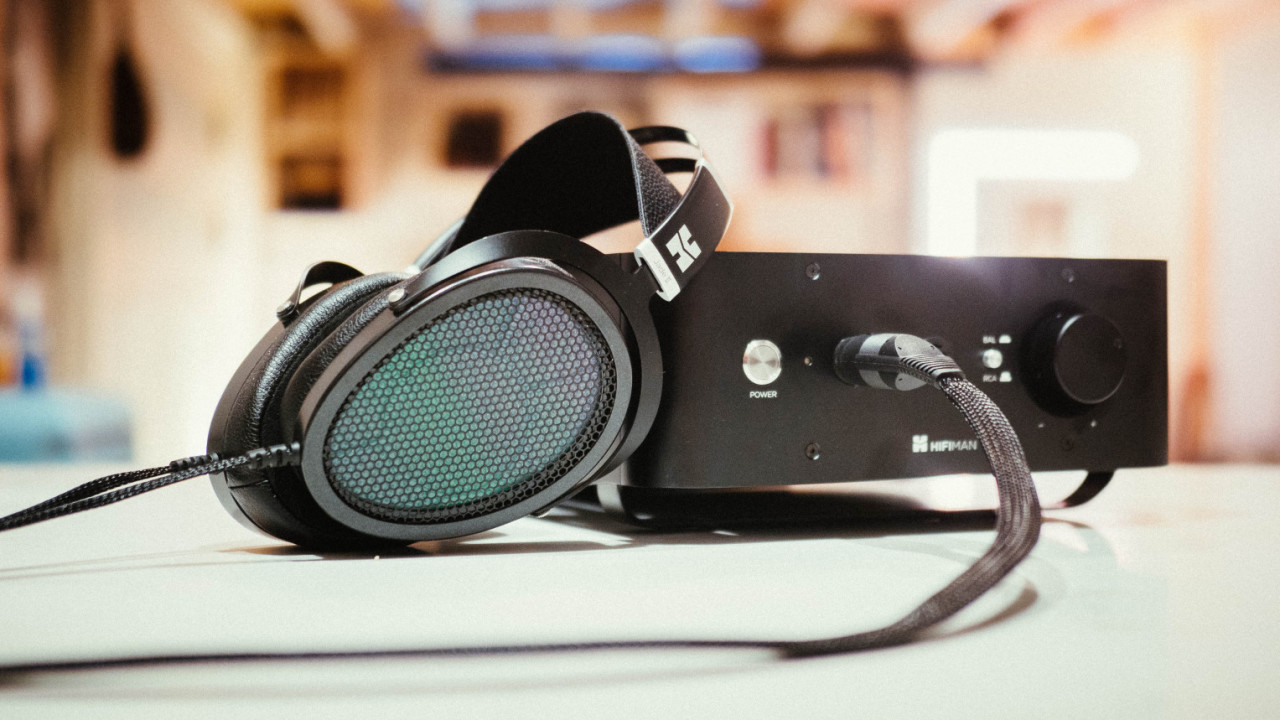 In the early days of my audio obsession, electrostatic headphones were legendary. Products like Stax’s SR-009 and Sennheiser’s Orpheus HE90 promised higher resolution than was possible with the typical dynamic drivers of the day. But they were woefully impractical, being some of the few headphones to cross the $1,000 mark and requiring a specialized, bulky amplifier.

Fast forward to 2019, and the headphone landscape is far more diverse. Dynamic drivers have improved tremendously, planar magnetic headphones are commonplace, and there are more entries in the electrostatic market. To the dismay of our wallets, flagship headphones priced over $1,000 are now the norm, not the exception.

While the Jade II headphone itself costs $1,400 and can be bought separately, the rest of the money goes towards the amplifier, which is a necessary purchase unless you happen to have an amp designed for electrostatic headphones lying around. These headphones will not work with a standard amp, nor do they have a compatible connector. High-end headphones are already usually to impractical to be used on the go, but the Jade II’s amplification requirements mean it’s particularly tethered to one setup.

So what makes electrostatic headphones so special in the first place? Unlike dynamic drivers, which work by pushing and pulling on a fixed diaphragm, electrostatic headphones work by suspending an extremely light membrane in midair using an electrostatic field. The membrane basically floats in midair, rather than being mechanically anchored to the headphone. This theoretically allows for lower distortion and a “faster” response to transients. You can check out Shure and Stax for further reading.

As with most electrostatic headphones, that amplifier is huge – a chunk of metal that translates your music signal into the high voltages necessary for the electrostatic tech. Keep in mind the Jade comes with an amp only – you’ll still need a source to feed into it. The amp accepts plain old RCA or XLR balanced inputs.

Given the Jade II is strictly limited to desktop use or other fixed locations, I would’ve liked to see a DAC built in to forego the need for a separate component occupying limited space on my desk. Instead, I used a Fiio K3 or Monoprice Desktop amp for most of my listening.

Note: Shortly before posting this review, I learned there’s been some drama surrounding the Jade II. Notably, one reviewer says he was shocked while listening to it – particularly worrisome because of the high voltages required by electrostatic headphones. Hifiman responded to that claim with a video testing the reviewer’s specific unit and explaining the safety measures in place. I’ve experienced no such issues with my own reviewunit after two months of daily use, but it’s fair you should know.

The headphone itself feels flimsier than the amplifier. It uses the same basic adjustable headband as several of Hifiman’s high-end planar magnetic headphones, including the popular Ananda and Sundara. The Jade II was comfortable throughout full work shifts, but it felt less premium than the comparably priced headphones or even Hifiman’s spartan Arya ($1,599) I raved about a couple of months ago. There’s a plastic portion to the headband that feels cheap for a product in this price range and has me concerned about durability. Your mileage may vary, but I’m also not a fan of the all-black look, though the iridescent driver that shifts between green and purple adds a welcome touch of pizzazz.

But then you listen to them. The thing that struck me about the Jade II is how it seemed to effortlessly handle busy tracks that devolve into mush on other headphones. It also offers perhaps the most impressive treble performance I’ve heard from any headphone I’ve tested at home.

It seemed unfazed by complex orchestral crescendos (check out this piece from the How to Train Your Dragon franchise). Cymbals shimmer with just the right amount of sparkle and smoothness – every instrument in the busy portion of Daft Punk’s Touch (start at 3:22) sounds crisp and well-defined. It picks out detail with ease, but never approaches harshness or sibilance to my ears. The soundstage is expansive but not diffuse. Imaging is precise and layered. It’s easy to position instruments in live recordings.

It’s the kind of headphone where nothing is exaggerated, and a silky smooth midrange helps most instruments just sound ‘right.’ To date, they are the only headphones I’ve heard that match the Focal Clear’s realistic timbre – these are some of the few headphones that can do a grand piano justice – while outdoing it on detail.

The bass is more complicated, and where the Jade diverts from Hifiman’s other products. Hifiman’s RE2000 and Arya reproduce bass better than any other headphones I’ve tried, but the Jade II – like most electrostatic headphones – is too light on the low end.

Sure, it’s fine for the type of jazzy instrumental fluff you might hear at an audiophile show, and it’s not much worse than most open back headphones. The bass that’s there is good, and it’s enough to maintain a neutral tonality. There’s just not enough slam for popular music, preventing the Jade II from being the every-genre master I’d hoped. As it stands, I think the Arya remains a better purchase for most people, a headphone that is satisfying no matter what your throw at it.

Here’s what the frequency response of the Jade II (blue) looks like against the Arya (red) and Focal Clear (green) using my MiniDSP EARS rig in its default calibration. It’s not an industry-standard device, so keep in mind these graphs are only useful against other measurements made on the same device – they should not be compared to measurements found elsewhere. Still, it’s a useful tool for showing differences between models:

Note the smooth midrange on the Jade II, but fairly fast roll-off under 100hz. Compare that to the Arya’s awesome bass extension. While the Clear rolls off too, it does so more slowly. It’s also worth noting that despite being open-back headphones, the Jade’s bass issue will be exacerbated by an improper seal. Glasses wearers or those with luscious locks might see a steeper bass roll-off.

Granted, if you exclusively listen to music recorded with real instruments – or you’re the type of person to have different headphones for different genres – you might not find the reserved bass to be an issue. You can also simply use a bit of EQ; I boosted frequencies below 120hz by 4dB for a better experience with modern music. Considering the Jade II is meant to stay put in a desk or listening room, you could just set a bass boost and forget about it, though it still loses to planar magnetic and closed-back headphones in overall bass realism.

With somewhat reserved bass and no semblance of portability, the Jade II is very much a niche product – one for people who sit at a desk for hours or use headphones in their living rooms. Its specific tuning and amplification requirements means I can’t recommend it to everyone as readily as I did the Arya.

But if these caveats aren’t deal breakers, you’d be hard pressed to find more revealing headphones without spending a lot more money. I wish the bass hit with more authority, but I couldn’t help returning to the Jade II’s transparency and impeccable timbre. The Jade II are as effortlessly revealing as any headphone I’ve tried; here’s to just a bit more thump on the eventual Jade III.