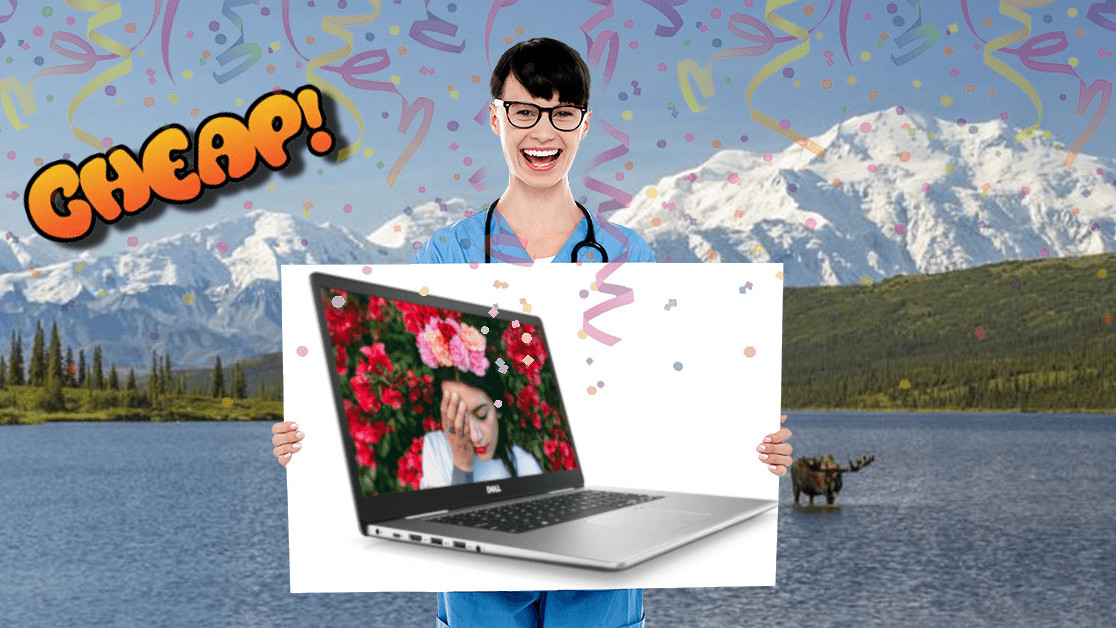 If you’re looking for a graduation present for someone close to you, or you are merely in the market for a new laptop, you could do worse than checking out this Dell Inspiron 15 7000, which is currently on sale for $600 using the code DBLTKYLAFF2. That’s a whole $299.99 lower than the usual asking price of $899.99.

And the thing is, it’s actually a pretty decent machine. While it’s not quite capable of playing the latest AAA video game blockbuster at full whack, for typical day-to-day computing tasks, I can’t fault it.

At the heart is an Intel Core i-8265U processor. This chip, which Intel released halfway though 2018, strikes a delicate balance of speed and power efficiency. Speaking of which, most reviews we’ve seen suggest users can expect between 5 and 7 hours of battery life, which should be enough to last the working day (assuming you’ll have intermittent access to mains power) or a medium-haul flight (say, New York to London).

This model comes with 8GB of RAM, which is pretty solid for most day-to-day tasks. Personally, I’d consider this my minimum baseline, although other laptop vendors disagree, as evidenced by the proliferation of machines with a mere 4GB of RAM (looking at you, Microsoft, with your wimpy entry-level Surface Go).

The good news is that the RAM on this machine is user-upgradable. The Dell Inspiron 15 7000 comes with two DIMM slots, allowing you to add a total of 32GB of memory.

Both the storage and battery are both user-upgradable too, which is certainly a novelty in 2019. Given that this machine comes with a generous 512GB SSD drive, it’s unlikely you’ll need to mess around with the former, unless, of course, it fails. Batteries, on the other hand, are prone to degrading over time. It’s nice to know that, should the inevitable happen, you can at least repair the faulty component (looking at you, Apple).

And then we get to aesthetics. Beauty, obviously, is in the eye of the beholder, but the Dell Inspiron 15 7000 isn’t a bad-looking machine. A bit corporate? Aye, but who doesn’t look good in a suit? Look at how those thin bezels snake across the 15.6-inch 1920×1080 IPS display. It’s rugged. Handsome. A bit like George Clooney in Up in the Air.

And it comes with a respectable array of ports, too, meaning you don’t have to lug around an adapter with you everywhere you go. Again, that’s a novelty in 2019.

In addition to dedicated HDMI and Ethernet ports, there’s also a three-in-one memory card reader, as well as three USB-A connections, as well as one USB 3.1 Type-C port which supports power delivery. The latter doesn’t necessarily have to be used to charge the machine, as it comes with a dedicated power port that uses one of Dell’s old-style chargers.

In short, this is a decent machine. If you’re quick, you can get it for $600. Just click here and use the code DBLTKYLAFF2.