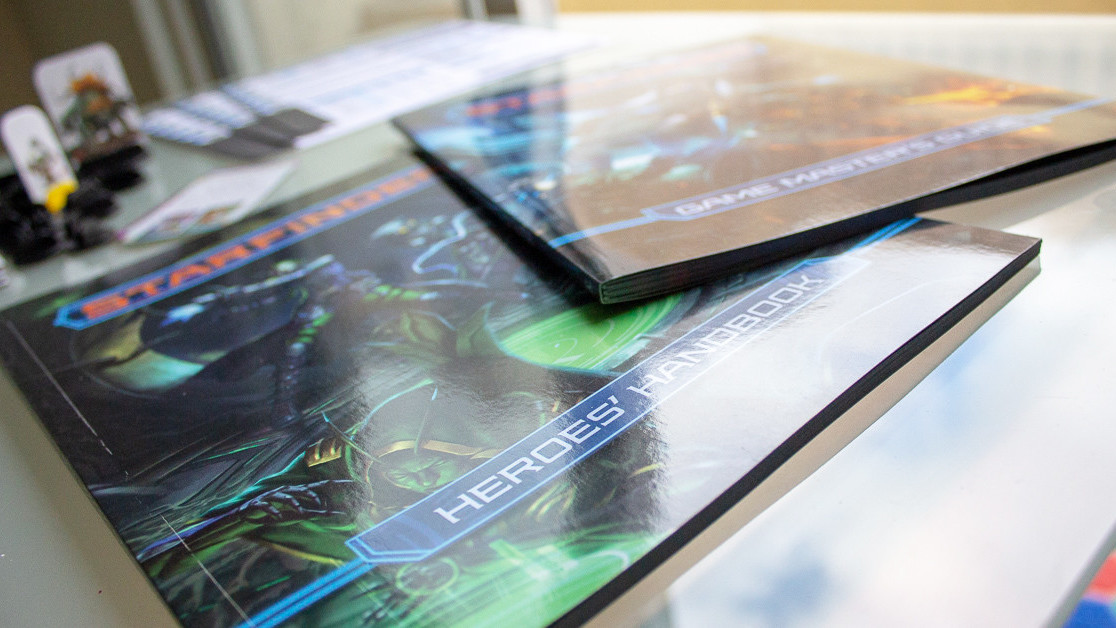 I promised myself I wouldn’t call Starfinder “Dungeons and Dragons in space.” It feels lazy. Also, Spelljammer. What I will call it: the most inclusive major RPG I’ve played. And that makes it the perfect introduction to the magical world of tabletop role playing games.

Yes, Starfinder is a tabletop RPG: you play it with books, dice, and friends. Most commonly it’s played by groups in person, however it can also be played using chat rooms, video conferencing apps, or dedicated tabletop gaming software. As Paizo, the company behind the game, puts it:

Starfinder is a tabletop adventure roleplaying game (RPG): an interactive story in which one player – the Game Master – sets the scene and presents challenges, while the other players each assume the role of a science fantasy hero and attempt to overcome those challenges.

You don’t need to know anything about RPGs, tabletop games, or the world and history of Starfinder to enjoy playing. The box has everything you need to get started right away, including instructions that make it easier to set up and play than a game of Monopoly. 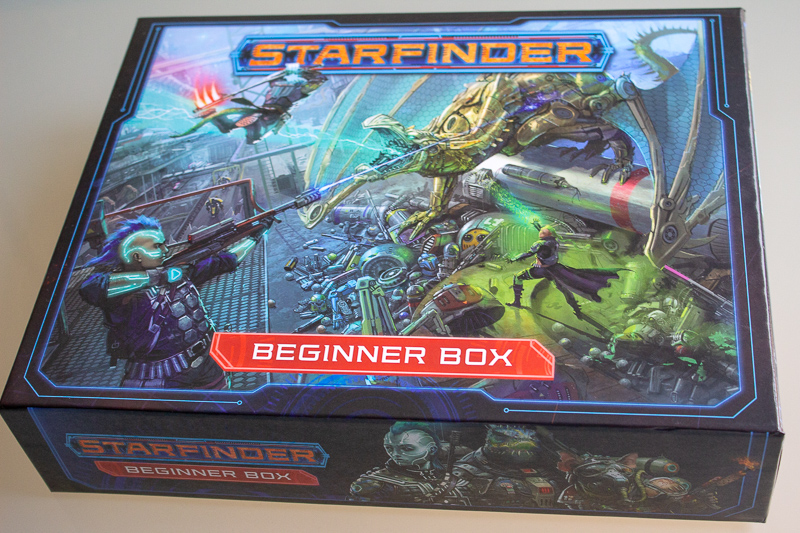 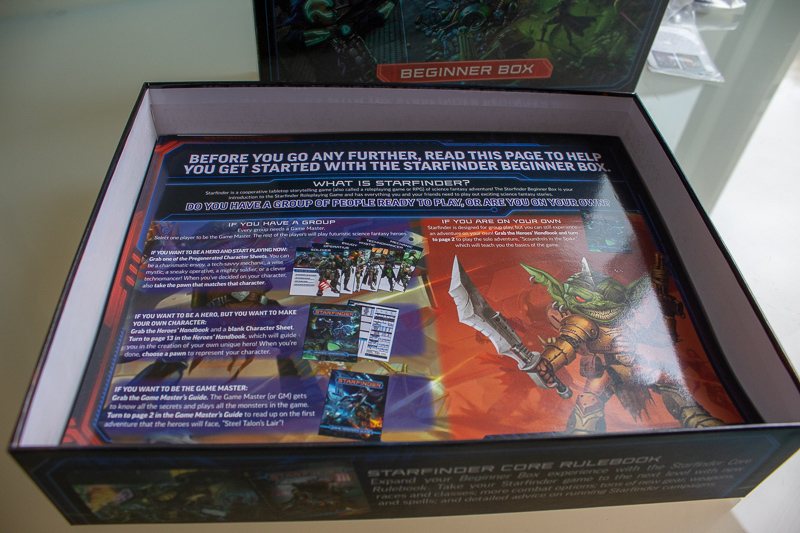 The entire set oozes with love and passion. The people who made this cared and it shows. Every centimeter of the box it comes in is covered with gorgeous artwork. I spent several minutes staring at the Robot Dragon on the cover, mesmerized by the scene unfolding around it. What lies inside is no less spectacular.

The books are high quality soft-covers with glossy pages packed to the edges with incredible artwork. They’re easy to read and follow, and best of all they’re designed to make sense to people who’ve never so much as rolled a D20 (that’s one of the dice you’ll use to play the game).

If you choose to be the game master you won’t control a character, exactly. You’ll control dozens, hundreds, or millions (there’s a hive mind society that makes for a fantastic ultimate enemy, if you so choose to include it). 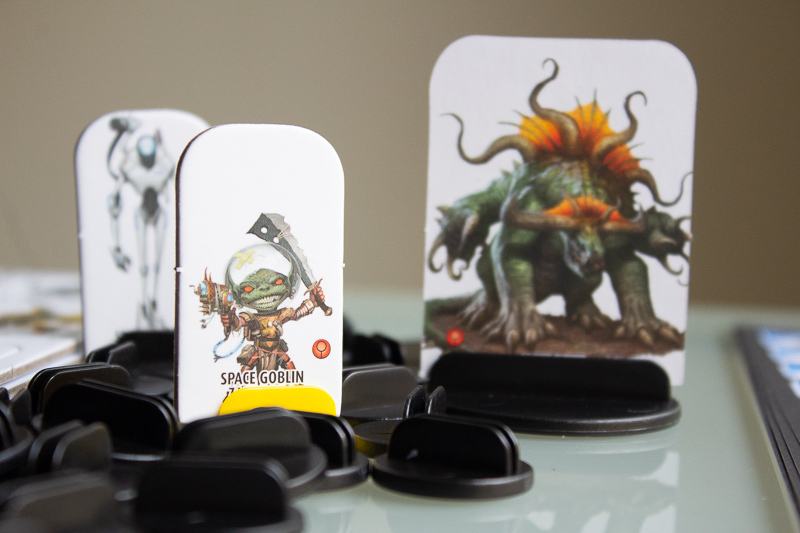 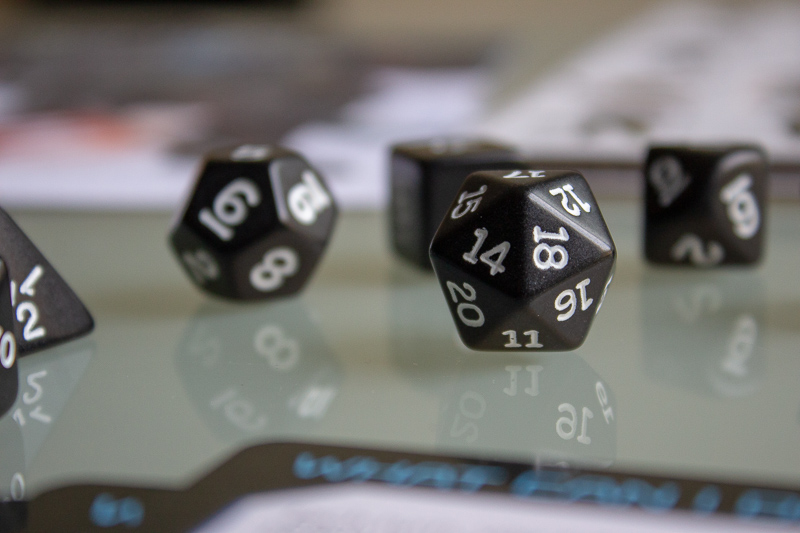 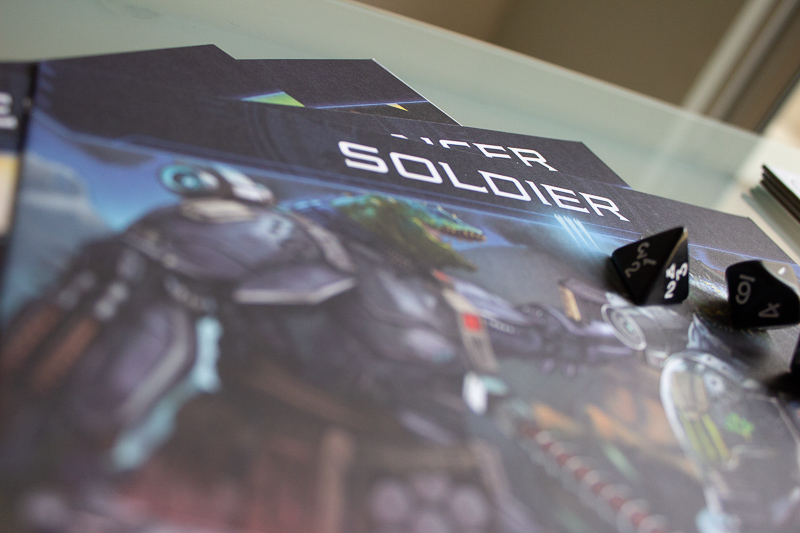 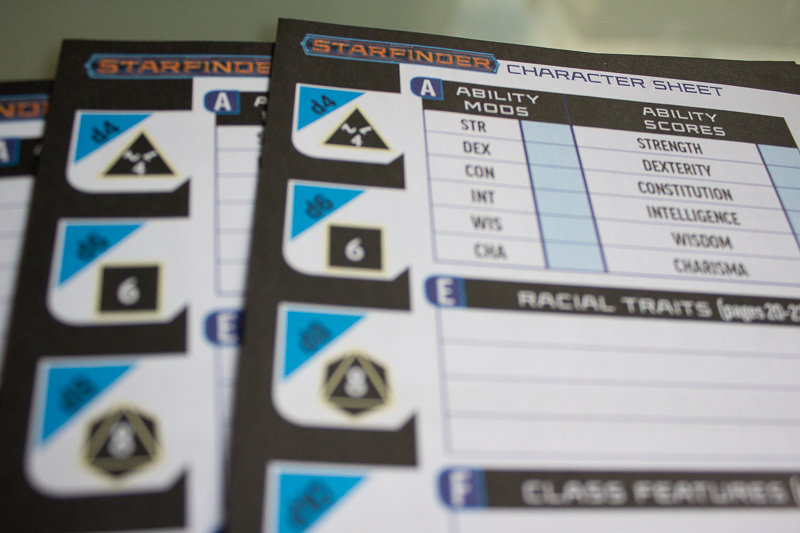 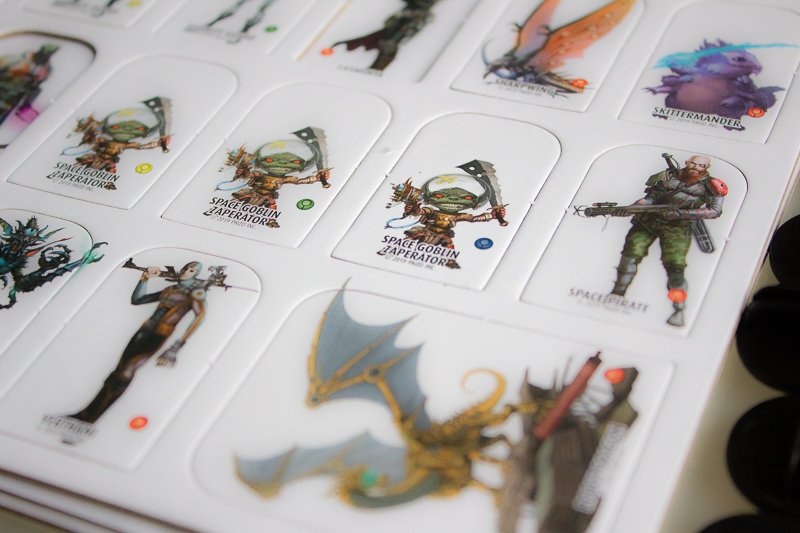 Playing the game is, actually, really easy. There are a lot of rules to learn, but you learn them as you need them. The GM book provides an adventure with all the cues a first-time GM needs to reign in a bunch of wild newbies, and players need only familiarize themselves with their character sheets and be prepared to make choices.

To see what a tabletop RPG looks like in action check out “Critical Role.” It’s a masterfully ran game of Dungeons and Dragons featuring talented voice actors as players.

What makes Starfinder different than many of the other RPGs out there is that it’s so incredibly inclusive. This begins with choosing who you’ll pretend to be in the game‘s world. Traditionally, gamers choose their character‘s race (think elf and human, not black and white), background, class (job), and gender. You do these things in Starfinder too, but the experience feels… updated. Paizo seems to appreciate that all players deserve to be represented directly in the game, and that includes people who don’t identify (or don’t want their characters to identify) as cis-gendered.

Tabletop RPG’s have a tendency to place a premium on gender dynamics by being male/female conforming throughout their text. The literature included in the Starfinder beginner box bucks that tradition. Of the Six races you can choose from in Starfinder’s Beginner Box, only two even mention gender in their description – the genderless/gender-fluid android, and the tri-gendered insectoid Shirren. Races like human and Vesk (lizard-like humanoids) don’t distinguish between genders in their descriptions.

There isn’t even a designated spot to mark your character‘s gender on the included character sheets, just their pronouns. You’re encouraged to put your character’s gender in their description information if you’d like.

All of this seems easy and small – surely it didn’t take the game‘s developers a lot of time to not include a focus on gender roles and dynamics in the game. But, for people who don’t get to see themselves represented as often as others, it’s important.

If you’ve never played a tabletop game before, I can’t recommend the Starfinder Beginner Box enough. The game’s setting has the sophistication of “Star Trek,” the magic and religion of “Star Wars,” and the cool-as-hell factor of “Firefly.” And, once  you get the hang of it, it’s easier to play than most board games.