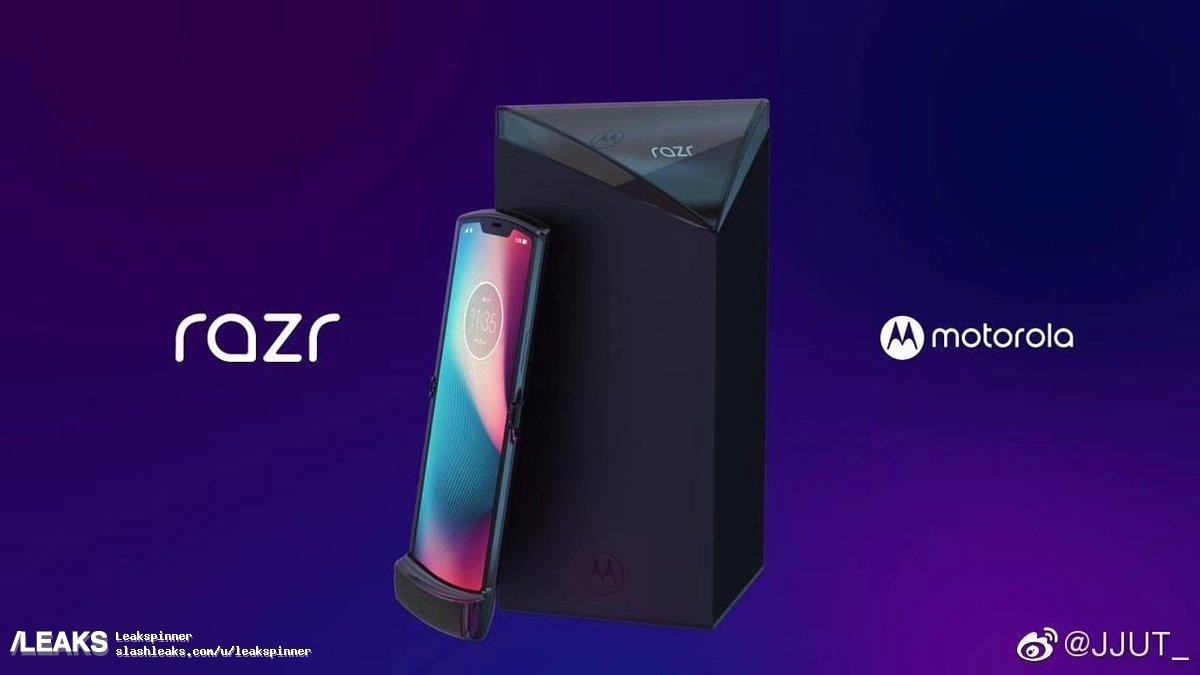 Motorola’s Razr devices were probably the most iconic phones on the market until the iPhone landed in 2007. The phones that really kicked off the thin phone craze, the Razr line defied our expectations of how compact and sleek a smartphone could be.

And now it seems poised to make a comeback. We first heard rumblings about it back in January, and now a new leak courtesy of SlashLeaks (from a since-deleted Weibo post) seems to show the device in its official-render glory, along with a mysterious device triangular-prism looking box thing. Perhaps the device’s packaging?

Unlike the other folding phones we’ve seen so far, this one folds in the vertical manner of the clamshell devices of old. The render doesn’t tell us if there’s a second exterior display for when the device is folded, but it’s safe to assume so, given that’s been a feature since the very first Razr. Presumably, this one would be larger than the tiny thumb-sized panel on those phones.

When rumblings of the Razr reborn first hit the Web, I was skeptical of the hyper-tall design. But while foldable phones are still very much a question mark at this point – the Galaxy Fold’s durability issues of particular concern – I think Motorola’s form factor could end up being more practical than it looks. Flipped on its side (and depending on the final aspect ratio), I could see the device being great for the ultrawide aspect ratios common to Hollywood.

Used vertically, it could allow you to run two apps – one above the other – comfortably, and in a way that lets you use the keyboard naturally. I always think typing on a tablet’s touchscreen feels awkward – and most folding phones so far have been like small tablets – but the Razr would maintain a regular phone’s more thumb-friendly width.

Of course, that’s just speculation on my part, and we’ll have to see what the end results look like. And there are other details we don’t know, such as the phones specs, release date, or price (although the Wall Street Journal estimated a whopping $1,500). But Motorola did confirm it was working on a new Razr device back in February, so we’ll likely find out more in the months to come.