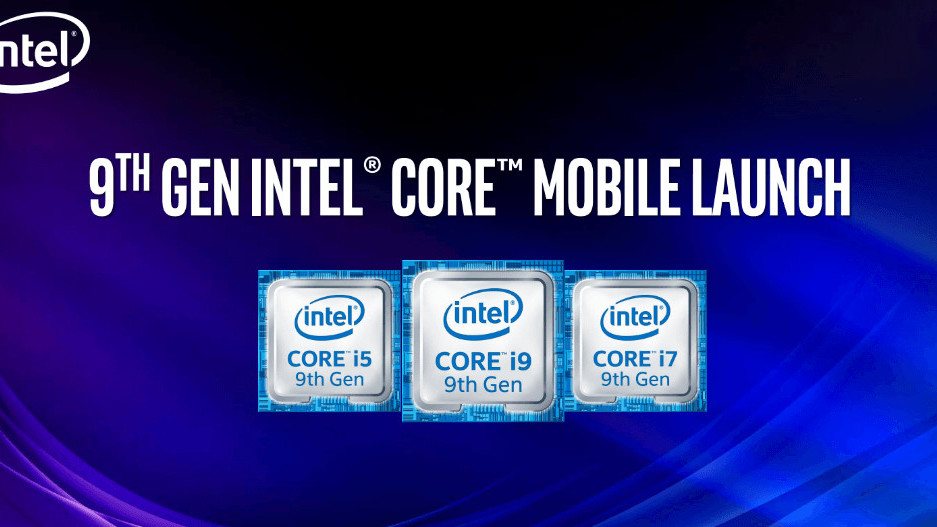 Intel today unveiled its latest set of mobile processors, introducing its 9th-generation architecture to laptops and tablets. As we saw with the desktop version back in October, it should provide a decent performance boost. Tthe company introduced the first consumer chip to reach 5 GHz back then, and now it’s doing the same for laptops.

This speedster is the flagship 9980HK, which is able to ramp up to that 5GHz speed from a 2.4GHz base clock. Intel says it can provide “up to 18 percent higher fps” in games compared to last year’s flagship 8950HK, or 28 percent faster 4K video editing in Adobe Premiere Pro. If you game, stream, and record at the same time, Intel claims it could provide a 2.1x performance boost.

It’ll cost you a pretty penny though, considering the manufacturer recommended price is $583. There’s also the non-overclockable 9880H, which goes from 2.3 to 4.8 Ghz. Intel is dubbing the (presumably huge) laptops sporting these super-powered chips ‘Musclebooks.’ Super cheesy, but I also kind of dig it.

The more mainstream processors are less exciting. Intel isn’t adding new cores like it did last year or dramatically changing the architecture. Feature-wise, the primary changes support for Intel’s Optane memory H10 module and Wi-Fi 6 compatibility. The former promises 63 percent faster performance compared to a three-year-old PC running a traditional SSD, but manufacturers would need to adopt Intel’s memory solution. Meanwhile, Wi-Fi 6, assuming you have a compatible router, will allow you to transfer data three times faster than the 2×2 AC Wi-Fi that’s the norm today.

If you’ve bought a laptop in the past year, there’s not much reason to upgrade, but the top of the line processors are bringing laptops closer than ever to desktop performance. Well, unless you actually use desktop hardware, a la Dell’s Alienware a51m. Expect to see these new processors show up in laptops throughout the year.