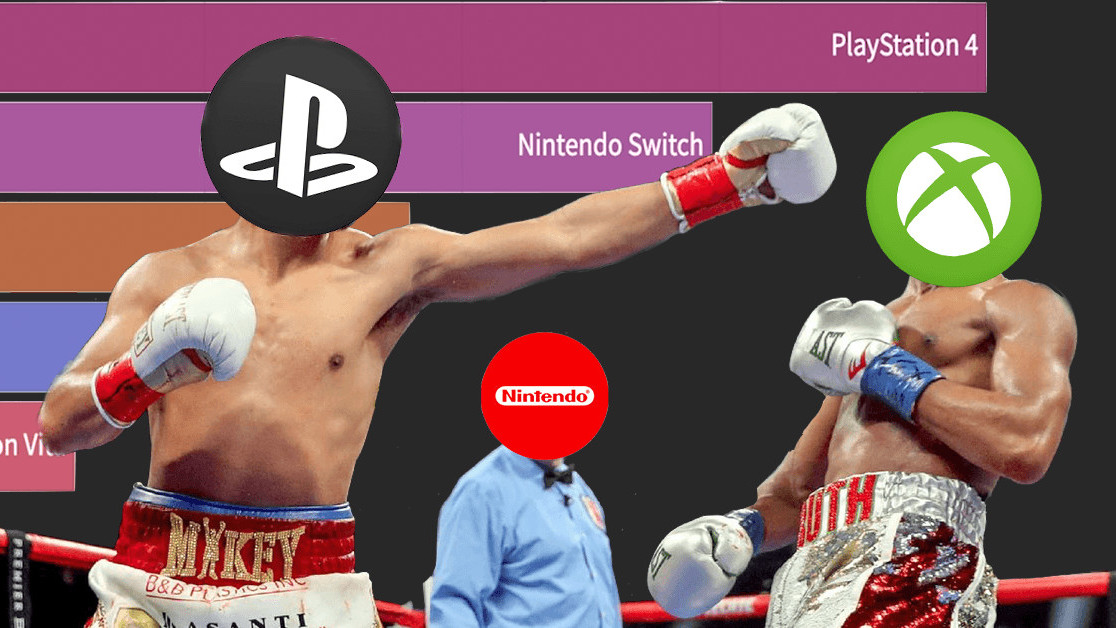 We enjoyed creating our last bar chart race about phone sales so much, we couldn’t resist doing another. So, this time round we’ve looked at something close to all our hearts: the console wars.

Yep, in the animated graph below, you’ll find a visualization of the best-selling games consoles from 1977 all the way through to 2017. That’s a full 40 years of data for you! Aren’t you lucky?

Feast your eyes on this:

Wow! Where’s all this console wars data from?

Mainly, it comes from official company statements. You know, things like annual and quarterly reports that track console sales. We also leaned quite heavily on the Video Game Sales Wiki, so bless the people behind that.

Aside from those sources, we also pulled data from Wikipedia, news sites, and company blogs. You know, the standard spots.

It’s important to note that due to our data-discovery methods, the graph is unlikely to be totally precise. Instead, think of it as a happy estimate for amusement, rather than a hard-hitting, investigative breakdown of the console wars.

Damn straight! What did you learn from the visualization?

A few things! Firstly, how short and unopposed Atari’s reign was. You always hear about the company’s influence on the video game industry, but it was pretty much finished after seven years with only one or two competitors. Basically, when the NES came out, Atari was doomed.

On the topic of Nintendo, I was surprised at just how long they’ve been at the peak of the industry. A common industry narrative was the failures of the Gamecube and Wii U, but when you look at the sales, Nintendo has routinely had devices at the top of the tree. I mean, the Game Boy was among the top selling consoles for over a decade. That’s insane.

Something else that surprised me was the Xbox‘s lack of global success. At no point were any of Microsoft‘s consoles the top seller. Obviously, they just aren’t that popular across the world.

That’s just the tip of the iceberg though. There’s so much interesting stuff happening in the console wars animation and at such a rapid rate, there’s no way you won’t find something interesting in there. Have fun!

Remember, there’s anything else you’d like to see us magic into a graph, don’t hesitate to get in touch on Twitter. See you there.