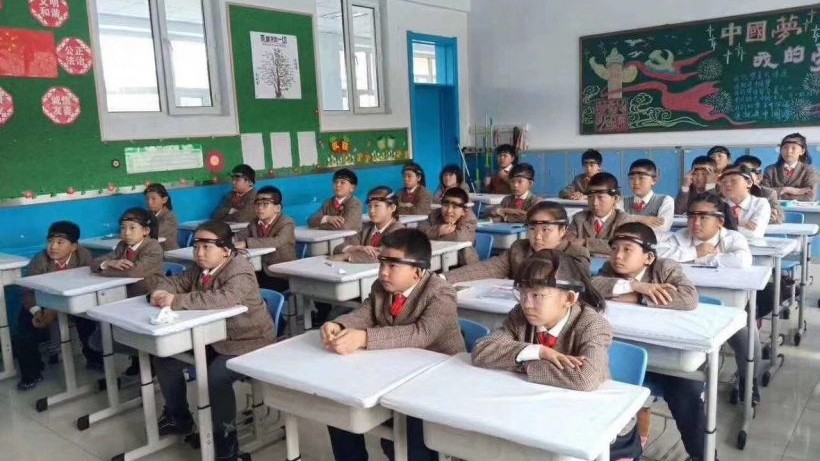 Last year, we saw reports of Chinese schools using facial recognition technology to monitor the attention levels of students. Now a report from SupChina suggests that some schools are experimenting with headbands to detect attentiveness of children in a classroom.

The dystopian image you see above is of a classroom in a primary school in Hangzhou, Zhejiang Province. The device, called the Focus 1, is made by BrainCo Inc., a startup based in Boston. The company worked with the Harvard center of brain science to develop the headband.

The headbands use electroencephalography (EEG) sensors to measure attentiveness. The product video shows that teachers can monitor the attention levels of students through a dashboard, and know which student is losing focus. They can also check the indicators to see if someone’s slacking.

While BrainCo’s aim is to help teachers give personalized attention to students, the whole setup feels very restrictive for students. In the Hangzhou implementation of the headband, teachers can monitor concentration levels, and get top three attentive students at the end of class. That means there’s added pressure on kids to pay attention during the class.

This is not the first Chinese school to test these devices. In February, Paper.cn reported that a school situated in the city of Jinhua, Zhejiang Province was trying them out as well. The company said in January that it had already tried this band with 10,000 Chinese students aged between 17 and 21 for three weeks. It’s planning to extend the experiment to the US, Mexico, Spain, and Brazil.

BrainCo has a promotional video on YouTube – titled May the focus be with you  – that looks like a clip of a Black Mirror episode.

While the company said grades of the students improved during the January trial, there’re no studies published in academic journals to prove the claim. Until BrainCo proves that this device really helps students without stressing them out, it’ll be seen as a dystopian controlling device.