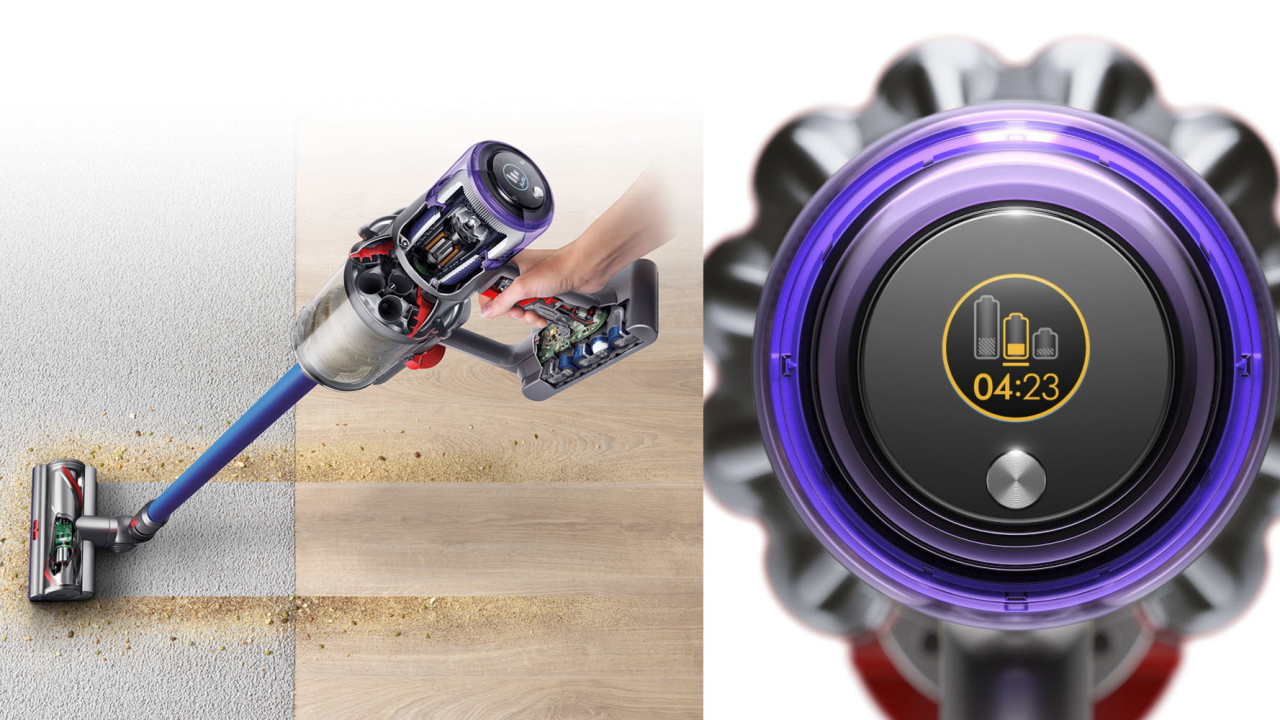 Last year, Dyson promised it would no longer develop corded vacuums, because, well, cords are annoying. But battery life is limited. When I reviewed the V10 last year, I had to constantly think about which power setting to use – do I want more suction or longer runtime?

Dyson’s new V11 Torque Drive makes that a concern of the past. Dyson’s stuck a 20 percent more powerful motor and bigger battery in the vacuum, but the biggest change is the V11’s Dynamic Load Sensor. The DLS is able to detect the resistance on the motorized brush head and adjust suction power accordingly.

That means you don’t have to constantly switch power modes as you move from hardwood to carpet or back again – or be lazy and just leave it on medium or max power all the time. While the previous model promised about an hour of suction power at the lowest power setting, the V11 should get you closer to that mark with mixed usage. Unfortunately, this feature only works with the Torque Drive Cleaning head, so you’ll still have to switch power modes manually for the other attachments.

The V11 comes in two variants. The higher-end model ($699.99) includes an LCD screen – new to Dyson’s vacuums – which will let you know how much cleaning time you have left, display the current power mode, and alert you to any maintenance needs. The cheaper model ($599.99) will still feature automatic suction adjustment, just without the LCD.

The company also introduced a new task light dubbed the Lightcycle. It borrows the nifty design of Dyson’s Csys task light but adds some 2019 smarts. Its main claim to fame is the ability to adjust its brightness and color temperature based both on the time of day and the user’s age. Of course, you can make these changes manually too.

Last but not least, Dyson announced yet another fan model, but this one’s a little more personal. The Dyson Pure Cool Me is a personal fan and air purifier, meant to be placed on a desk or table and aimed at your face rather than providing the whole-house circulation the company’s other fans are known for. t’ll retail for $349.99.

The V11 and Pure Cool Me are available from Dyson’s site now, while the Lightcycle is up for pre-order – it’ll ship in a few week’s time.