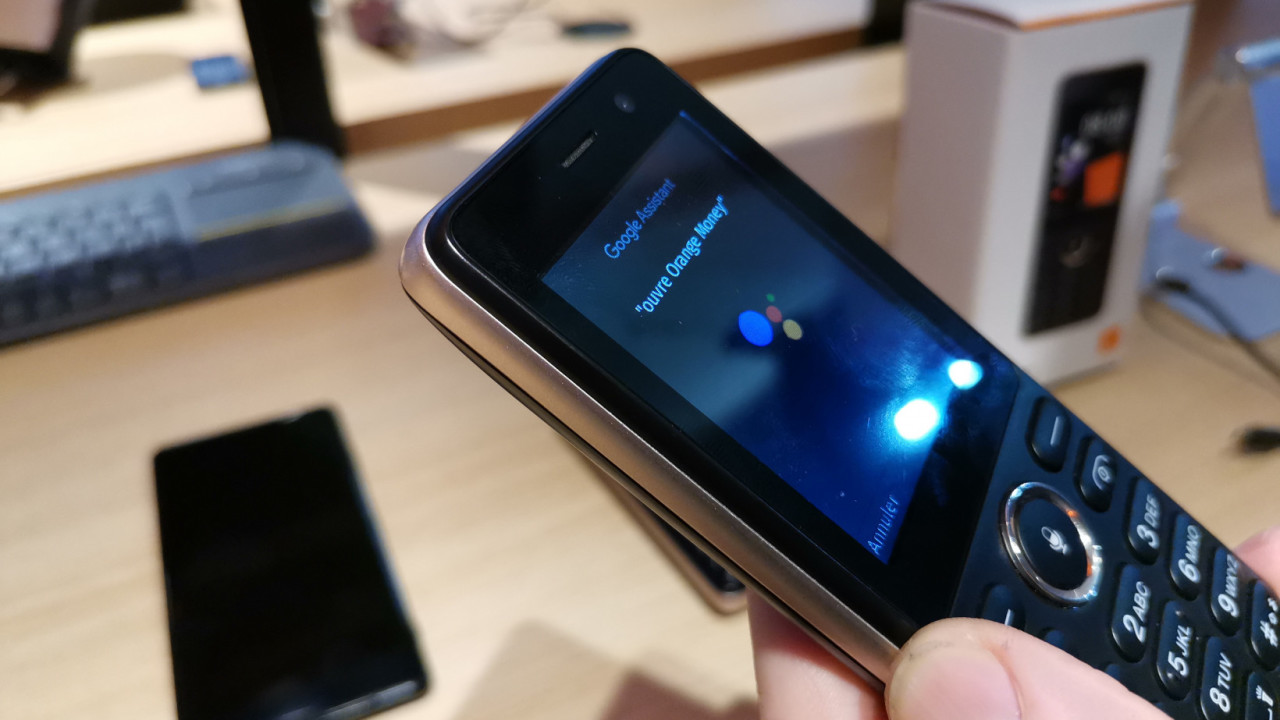 Foldable displays and 5G are the buzzwords that dominated this year’s Mobile World Congress. That said, the phone that most impressed me was a budget handset aimed at bridging the vast digital chasm between the developed world and the developing world. Meet the $20 Sanza, from French telecommunications giant Orange.

“This isn’t a feature phone, and it isn’t a smartphone. It’s somewhere in-between,” an Orange representative told me. And he was right. The Sanza defies the existing mobile definitions and exists in an undefined no-mans-land that makes it hard to accurately describe.

Let’s start with the basics. No, it doesn’t run Android. The Sanza’s operating system is Kai OS, which itself is a fork of Mozilla’s discontinued Firefox OS, albeit one that has enjoyed more success than its predecessor, having recently crossed the 85 million installs mark. Yes, it has a chunky old-school T9 keyboard that sent me tripping down memory lane to the phones I carried when I was in high school. Yes, it’s a bit of a brick.

But in terms of software, the Sanza impresses. Don’t get me wrong, feature phones have enjoyed app marketplaces for a while now, but it was pretty spectacular to see Google Assistant running on something more akin with a Nokia 3310 than a contemporary smartphone.

Admittedly, this wasn’t exactly blazing fast. The Senza took torturously long pauses after Sebastian, the Orange representative, asked it a question, but that’s not important. What matters is it worked, allowing him to place calls and instruct the phone to open the apps, like the Orange Money payment app.

Orange intends to sell the Sanza across the 16 African and Middle-Eastern countries where it operates. As you might expect for a French company, this mostly consists of Africa’s Francophone nations, like Mali, Burkina Faso, Cameroon, and Côte d’Ivoire. The ultra-affordable handset will also go on sale in Egypt and Jordan.

So, why should we care? Because phones like the Senza are crucial to promoting ICT in Africa, as well as helping bolster literacy. They’re essential for connecting people with accurate real-time news, as well as financial services like M-Pesa and Orange Pay, thus reducing the number of unbanked in the continent. And at $20, it’s one of the most attainable budget handsets on the market.