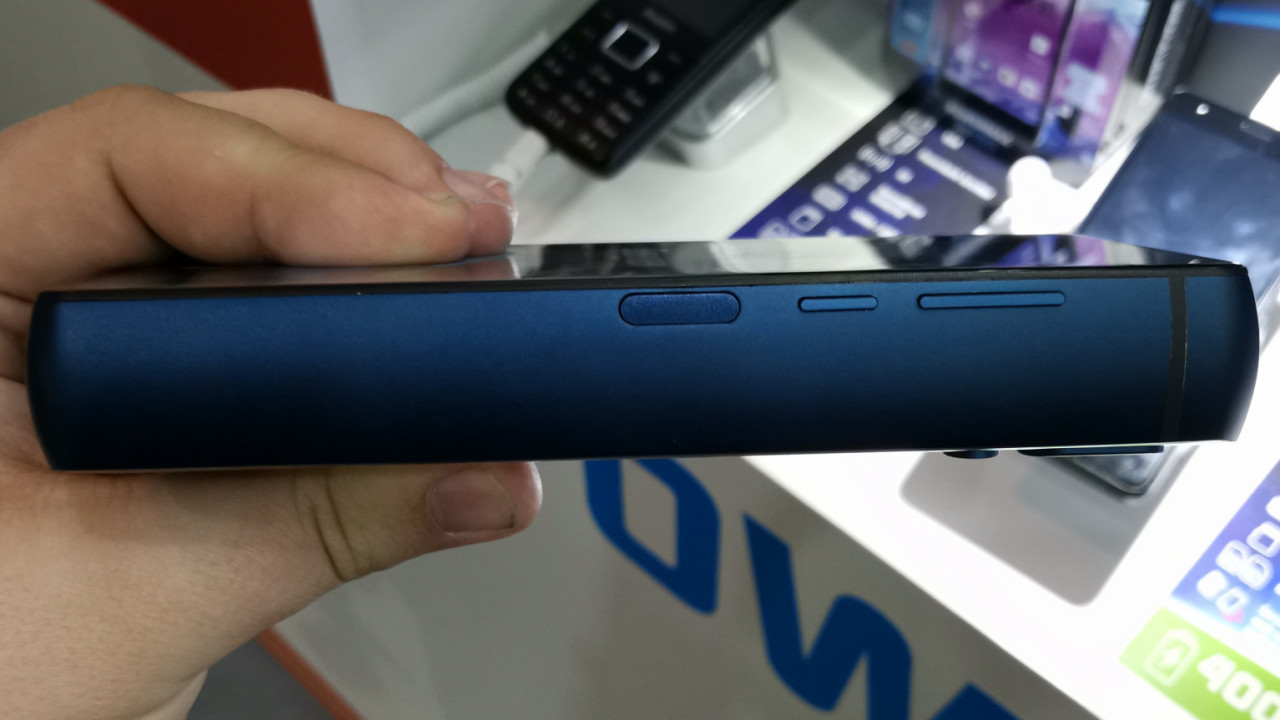 The stalls at this year’s Mobile World Congress have no shortage of bizarre phones – from devices that fold over, to somewhat sketchy handsets that mine cryptocurrencies. The Energizer Power Max P18K Pop, however, takes the biscuit.

It then eats that biscuit, and then a whole load more, because it’s unspeakably thick. It’s thicker than the Gideon Bible currently resting in my hotel’s bedside table. It’s heftier than a sumo wrestler in a hall of mirrors. It’s got more chunk than Chunk from The Goonies. It’s massive.

I mean, just look at this monster. What you see is a non-functional representation of the phone. Although an Energizer rep couldn’t give me exact dimensions, the ever-reliable GSM Arena says it’s 18mm thick – and that seems about right to me. Lugging this beast around must make the owner feel like a modern day Sysiphus. Even with my grotesque ground-beef mutant hands (an unfortunate byproduct of growing up next to the most polluted river in the UK), it felt unspeakably massive.

As you’d expect with a phone from Energizer, the Power Max P18K Pop comes with an 18,000 mAh battery. For context, that’s about ten times the size of the cell powering the iPhone 7. It’s almost double the capacity of the insane Blackview P10000 Pro, which, as the name implies, contains a 10,000 mAh battery.

Obviously, this translates into some pretty serious endurance. Per TrustedReviews, the Power Max P18K Pop can play videos continuously for 200 hours and has a standby time of 50 days. As you perhaps might expect, users can also purpose the phone as a powerbank, allowing them to charge their other gadgets, like headphones and tablets.

And then there’s the fact that it looks weird as hell. This phone has an all-display body, with the dual front-facing cameras concealed with a pop-up mechanism. We’ve seen this approach on several other devices, including the Vivo Nex, as well as its gallic clone, the Archos Diamond.

Honestly, I’m a bit in awe of this phone. Would I ever buy one? Hell no. I doubt it would even fit in the pocket of my jeans. (Although, I should confess, I didn’t actually try. Company reps, in my experience, get a bit arsey when it looks like you’re stealing the merchandise.)

But if I was trekking across the Australian desert or climbing Mount Everest, I’d probably really be glad to have this. And if I was in that small niche that needed an ultra-high capacity phone, I’d probably be more comfortable with a device from a well-known and trusted brand, rather than an obscure Chinese make.

The Power Max P18K Pop goes on sale later this year. Sadly, Energizer hasn’t announced precise launch date or pricing, but I wouldn’t be surprised if it goes on to command a premium.