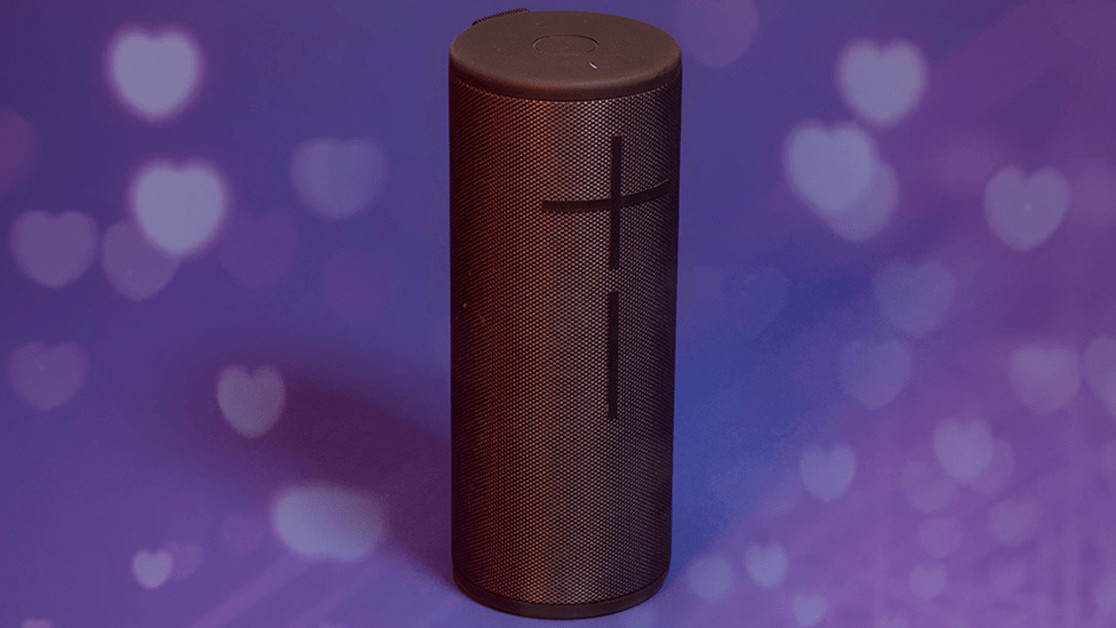 I’m gonna put this out there: the BOOM 3 is the best. I couldn’t ask for anything more from a Bluetooth speaker – it sounds great, it’s portable, and, excitingly, it’s also waterproof. God, I love it.

Well, hope you’re sitting comfortably, because I’m about to tell you the tale of how I fell head over heels for a cylindrical piece of technology. It’s more interesting than it sounds, I promise.

So, around three or four years ago, I was on the hunt for a decent Bluetooth speaker. I’d been using this little capsule speaker called the X-Mini, which I have a lot of affection for, but it just didn’t cut the mustard. I needed something better. I browsed online, searched through shops, but nothing caught my eye.

Then, an acquaintance brought a BOOM 2 into work. At first I thought it was gimmicky. I’d never heard of Ultimate Ears and, let’s be honest here, it’s a pretty dumb name. The perfect speaker I was picturing in my head also looked more like the Bose Soundlink, not something protein shaker-shaped. But as soon as the music started playing I was blown away.

Not only was the damn thing as loud as a (small) concert, but it delivered a full, rich, and clear sound. The bass was smooth, strong, but subtle. I was in love. Shortly after, I bought one and, for the next few years, it was my constant companion.

Whether it was pubs, parks, or parties, I always had my BOOM 2 nearby. It accompanied me on holiday. Hell, I even showered with the damn thing. It was a long term love… until the BOOM 3 came out. Then I flung it to the dirt in favor of its newer sibling.

The key features are the same – the great battery life, the 360-degree sound, and the ability to daisy-chain up to 150 speakers – but there are a few much-needed upgrades.

Firstly, the BOOM 3 floats. This might not seem important, but, speaking as someone who bragged about the waterproof quality of the BOOM 2, dropped it in the pool on holiday to prove a point, and then watched with horror while it sank to the bottom, this update is a Good Thing.

Thankfully, the BOOM 2 still worked perfectly after its submersion, but it’s good to know I won’t be shamed in the same way by its successor.

The BOOM 3 also received a much-needed makeover. The previous model wasn’t ugly, but it certainly didn’t look as modern and sleek as the new one.

The only thing I don’t like about the BOOM 3 is pretty minor – there’s no longer an aux slot. To be honest, I only used this on the BOOM 2 a handful of times, but I liked that it was there. It’s hardly a deal-breaker, but it is a little sad.

There are a number of other new little touches (like the button that lets you pause tracks, when before you had to kinda slap the device to get it to stop), but I’m simply happy they kept my favorite feature: the ability to turn the speaker on from the Ulimate Ears app. I honestly can’t tell you how many mornings I’m laying in bed struggling to get up, open the Ultimate Ears app, power on the BOOM 3, and blast out some music to get my day started.

Who is the Ultimate Ears BOOM 3 for?

Apart from that, anyone who is on the hunt for a mid-range, portable Bluetooth speaker. The BOOM 3 is tough, has a huge sound, and fits easily in any backpack.

Honestly, I love the damn thing. It has become a constant part of my life and the only reason I don’t have it in my bag now is I’m only five minutes away from home. Basically – and like a big old sad case – the BOOM 3 just makes me happy. Ugh, I cringed just writing that, but what can you do? Emotion is a demanding partner.

If you’d like to fall in love with your own Ultimate Ears BOOM 3, you can get it from:

It’ll be the best relationship you’ll ever have. Well, until the BOOM 4 comes out in a couple of years.