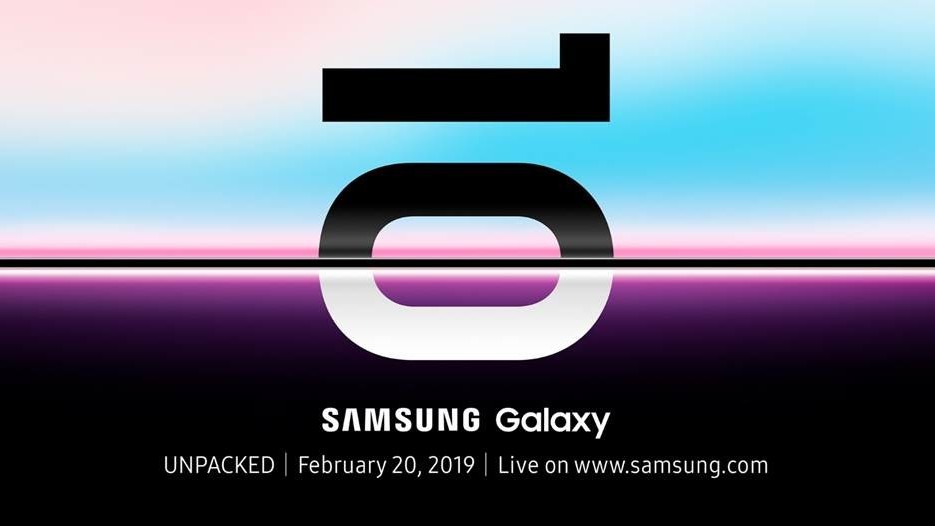 Samsung‘s next phone launch is still weeks away, but there have been so many leaks and rumors surrounding the phone that we already have a pretty good idea of what’s to come. We’ve amassed a collection of all the biggest leaks and rumors so far so you don’t have to.

Being the 10th in Samsung’s Galaxy line, we’re expecting a significant redesign. Most notable are the super thin bezels and use of a ‘hole-punch’ display – a notch alternative that, to this reporter, looks a lot classier. This should maximize screen real estate without resorting to a pop-up camera with questionable durability.

We’ve already seen this design show up on various devices, including the Honor V20 and Samsung’s own Galaxy A8S, but the Samsung S10+ will be the first to incorporate two cameras in such a cutout.

There will be multiple colors in tow, and Samsung appears to be adopting a gradient color scheme as popularized by Huawei, although the effect seems subtle in the leaks we’ve seen so far.

With so many variants of the device, it’s hard to make sense of which specs each will sport, but here’s the general breakdown. Again, take these with a grain of salt – these numbers may change as we learn more about the devices.

Starting with the ‘guaranteed’ models, the S10 and S10+, we’re expecting a substantial spec bump.

As usual, Samsung is using different processors for different regions. The devices will use a Snapdragon 855 in the US and Samsung’s own Exynos 9820 elsewhere. This time around, Qualcomm seems to have the lead. Early benchmarks suggest a massive jump from the Snapdragon 845, enough to virtually close the gap with Apple, which has dominated performance for years. The devices will also likely come with 6GB and 8GB of RAM configurations.

The smaller S10 is expected to come with a 6.1-inch display (compared to last year’s 5.8-inch panel). It’s likely this increase is mostly a matter of reduced bezels rather than a significantly larger body. Similarly, the S10+ is getting an upgrade from 6.2 to 6.4 inches. Both devices are expected to sport a fingerprint reader under this display, similar to to the OnePlus 6T, although with Samsung’s proprietary ultrasonic sensor.

Storage wise, we’re anticipating a starting configuration of 128GB. Given last year’s Note 9 was available in a 512GB configuration, it seems a likely option for the S10 as well. What’s more, Samsung recently announced it had begun manufacturing 1TB eUFS drives (the kind of storage used in smartphones). Coupled with a MicroSD card slot, the S10 can be configured with more storage than most laptops.

It seems Samsung is going all out on the cameras this year. We’re expecting three cameras on the rear, in a configuration like Huawei’s Mate 20 Pro or LG’s V40: wide, ultrawide, and telephoto lenses.

The S10 is expected to come with one front facing camera, while the S10+ will likely have 10; we assume the second one is an ultrawide-angle, a la Pixel 3. That said, the biggest changes will likely come in the sensor and processing, as the company has lagged behind Google, Huawei, and Apple in recent years.

Despite new features and slimmer chassis, Samsung is expected to pack its biggest batteries yet, with leaker Ice Universe proposing a 4,100 mAh for the S10+ (compared to 3,500 on the S9+). We haven’t seen a firm rumor on the smaller S10’s battery, but it’ll likely be larger than last year’s 3,000 mAh unit. Better yet, Samsung is planning to reduce the time it takes to top up, even speeding up wireless charging.

On the software front, Samsung has already revealed its new ‘One UI.’ It’s meant to provide a minimalist look while making it easier to use big phoneswith one hand. While you can already access the new UI on Samsung’s current phones, the S10 will be the first time most people are exposed to it.

Oh, and they’ll still have a headphone jack. Praise the tech gods.

What about the other models?

The other rumored models are more of a mystery, but some consistent rumors have emerged as the launch date approaches. The S10E (or S10 Lite) wants to bring the Galaxy goodness at lower price – it’s Samsung’s analog for the iPhone Xr. Naturally, it has to make some concessions. According to current rumors:

On the plus side, the rest of the specs seem on par with its larger siblings. It’s still expected to come with a Snapdragon 855, 6GB of RAM, 128GB of storage, and a 3,100 mAh battery.

Like the iPhone Xr, it could be a good option for those who still want flagship performance, but maybe don’t need all those other features.

Then there’s the Galax S10X, the rumored super-flagship. It’s alleged to be Samsung’s first 5G phone, and Korean publication Electronic News has suggested some wild specifications:

This one’s a bit of a doozy. It’s strange that Samsung would launch an even-larger screened device with wild specs this early. That’s usually the role of the Note family, but it’s possible the company wants to get a head start on the inevitable wave of 5G devices. Samsung had previously said that it planned on launching a 5G phone by the first half of 2019.

Samsung has a busy schedule ahead, and this isn’t even including the foldable phone we already know is coming. But that’s a story for another article.

The phones are expected to go on sale March 8, except for the Galaxy S10 X, which is pegged for March 29.