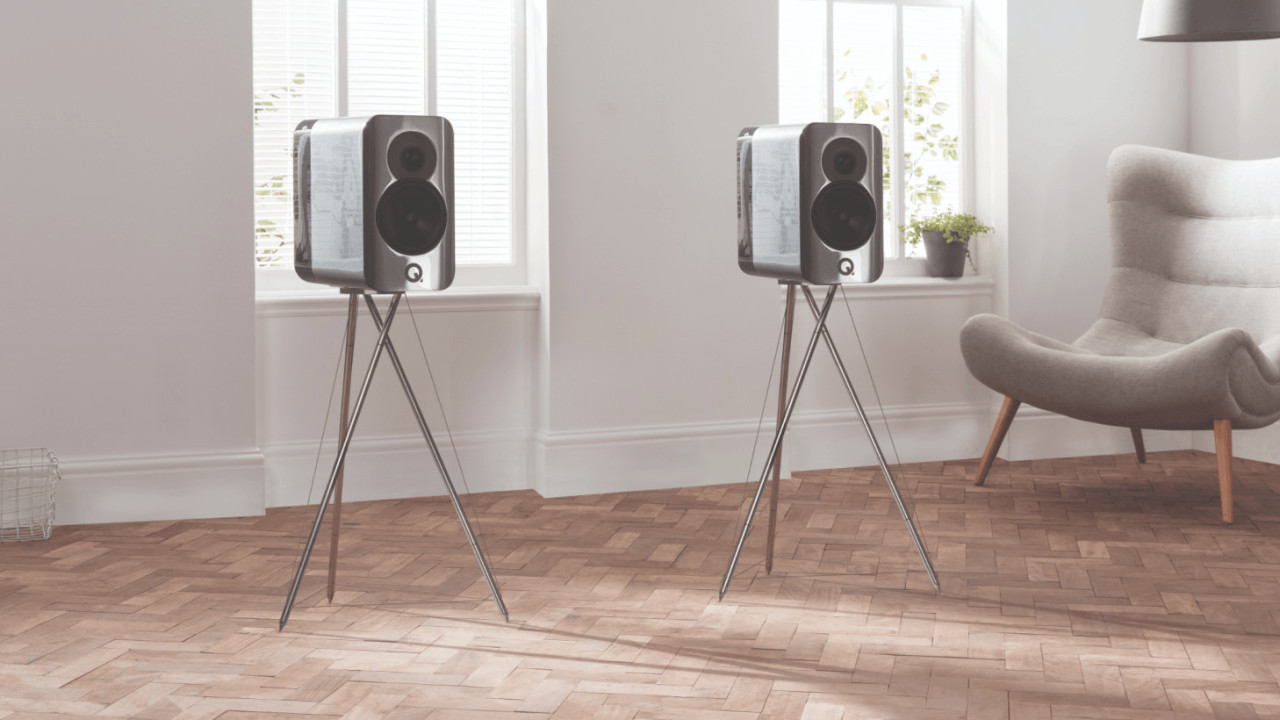 Ask an audio engineer what their biggest hurdle designing an awesome speaker is, and chances are it’s not a lack of knowledge or technology, but budget constraints. Any engineering team at a reputable audio company has the know-how to design an awesome speaker if price weren’t an issue. The difficulty lies in maximizing performance at a given budget.

So what happens when Q Acoustics, a high-value company whose speakers mostly range from $200 to $500, decides to let loose? First, you get the $6,000 Concept 500, a pair of tower speakers that launched in late 2017 to rave reviews. And now, you get the Concept 300, a more compact pair of bookshelf speakers that might still be a steal at $4,500.

I had the chance to spend some time with them this week, and I’m counting the days until I listen to them again.

Where most high-end speakers focus primarily on adding more drivers or building them with exotic materials, Q Acoustics is all about the cabinet that surrounds the drivers. It’s not that difficult to make drivers that sound really good, and to that point, Q Acoustics uses ordinary materials for its woofer and tweeter. But on most speakers, this sound becomes distorted by resonances in the cabinet, creating interference that muddies up detail and the stereo field.

Q Acoustics gets around this with the Concept 300 in a few clever ways. First, is something called ‘Dual Gelcore,’ an update to technology it introduced with the Concept 20 and 40 a few years back. Each speaker is built like a Russian nesting doll, made up of three layers of MDF wood. The two gaps between these are filled with a special gel that absorbs vibrations. Anytime the cabinet vibrates, the gel absorbs the energy and converts it into heat. (The Concept 20 and 40 only used one Gelcore layer).

But this was true of the Concept 500 as well. What really sets the Concept 300 apart is its ‘Tensegrity‘ stands, and the way Q Acoustics couples the speakers to them. In fact, the stands are such a crucial part of the vibration-reducing equation that Q Acoustics includes them with every purchase. They also might be the coolest-looking stands out there.

Aluminum rods bear the weight of the speakers, while steel cables under tension keep the rods in place. This creates a strong, stable structure with minimal volume, reducing the potential for sympathetic vibrations through this stand. Furthering this effect is a spring-loaded base on the bottom of the Concept 300s, which absorbs even more vibrations. This and many other touches lead to a cabinet that the company claims is near silent; you can read Q Acoustics’ white paper for more.

But okay, you get it: the speaker gets rid of bad vibrations. So how do they sound?

As many speakers as I’ve heard through my line of work, my experience with products above $4,000 is more limited. I also don’t feel comfortable making comparisons with speakers I haven’t heard in my own listening environment.

So what can I say? They sounded glorious. They were some of the best speakers I’ve ever heard. Even though I was sitting far left of the sweet spot, they displayed one of the most remarkably well-defined stereo images I’ve had a chance to listen to. The midrange seemed to have perfect tonality, I could hear all the small details in music I’ve heard a hundred times – something I normally reserve for headphone listening.

To be fair, Q Acoustics brought me to Flux Studios in Manhattan, so I had the advantage of hearing the speakers in an acoustically-treated room. The Concept 300 are passivespeakers and don’t attempt to do any room correction the way many speakers with digital signal processing do, and could very well sound different in a lesser room.

And being passive, they’re ‘only’ rated at 55hz(-6dB) for bass extension. That’s certainly solid in the realm of passive speakers, but I’ve been spoiled by active speakers that can dig deeper than you’d expect. They have plenty of thump, but you might want a subwoofer for movies and the like.

Still, I knew I was listening to something really special. I’ll leave it at that until I get the chance to spend more time with them in my own, not quite-so-fancy living space. I’ll be waiting eagerly.