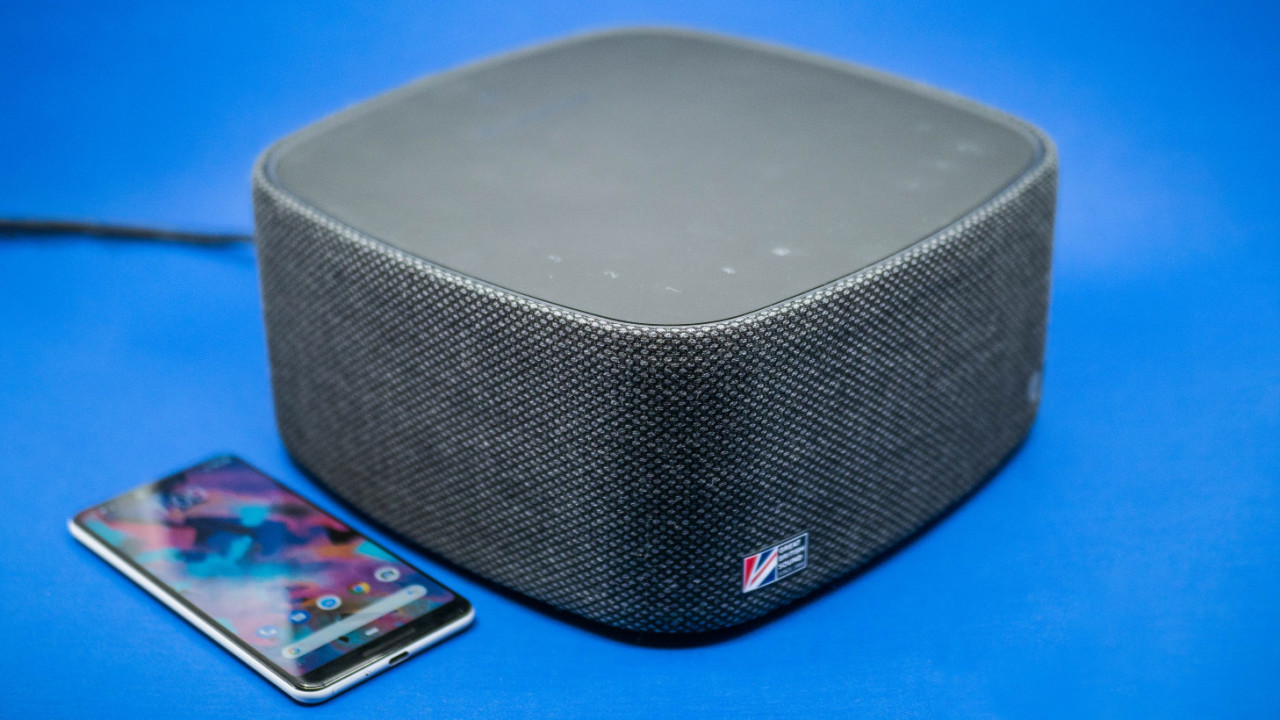 The most popular wireless speakers tend to be part of a walled garden. Sonos, Google, and Apple’s speakers force you into their own wireless protocols, with few or no inputs for wired sources. Though they all sound great in their own way, they might not be the best choice for audio enthusiasts looking for versatility.

If you’re looking for a wireless speaker that offers convenience, sound quality, and flexibility, Cambridge Audio’s $400 Yoyo (L) is a good place to start.

You may not be familiar with Cambridge Audio, but it’s been making audio equipment for over 50 years. Best known for its hi-fi amplifiers, DACs, and occasional speakers, the company has recently dabbled into the mainstream with the introduction of it Yoyo line of wireless speakers.

There are three variants of the speakers, the (S), (M), and (L). As you might guess, they’re differentiated by size (and price). The Yoyo (S) is a small battery-powered Bluetooth speaker, while the (M) is a pair of portable bookshelf units. The Yoyo (L), on the other hand, is meant to stay at home. It’s a curious cross between a wireless speaker and soundbar, but one that also gives away its enthusiast roots.

One key difference between this and a Sonos Play:5 or Google Home Max is the wealth of inputs and practical controls. It comes with Google Cast compatibility and the usual 3.5mm aux jack, but also includes Bluetooth (not AptX, unfortunately), Spotify Connect, optical, and HDMI ARC inputs. There’s no AirPlay, but a USB-A port is also on board for charging optional component like an Amazon Echo Dot.

Another neat touch: the unit can be programmed to accept volume inputs from your TV’s remote, should you choose to set it up as a soundbar via optical or the 3.5mm jack. I also greatly appreciate that you can access almost all the features from the touch-sensitive buttons atop the speakers – I hate being forced to use a remote – or worse, an app.

It’s a lot more flexibility than wireless speakers normally provide, allowing me to connect the speakers to my TV, PC, and digital piano simultaneously. Though there’s no AptX support for Bluetooth, I do appreciate the NFC sensor for quick pairing; it’s handy if you have a guest who might want to play music.

Though high on functionality, the Yoyo (L) is also one of the classiest-looking wireless speakers out there. Shaped like a rounded square, the drivers are covered in an attractive, acoustically-transparent fabric and the top features a soft-touch finish. It’s smaller than either the Google Home Max or Sonos Play:5, and unlike some speakers from hi-fi brands, it’s inconspicuous enough to blend into any decor.

Despite its relatively svelte shape, the Yoyo (L) is packing 6 drivers – a tweeter and woofer for the left, center, and right channels. These, combined with the company’s experience with amplification components, yields a sound that belies the price point and market.

What gives away Cambridge Audio‘s hi-fi pedigree is its emphasis on transparency and accuracy over playing loud and boomy. Sonos and Google’s speakers sound great, but in a crowd-pleasing, mainstream sort of sound. Detail and refinement are occasionally sacrificed for bass presence, leading to boominess or distortion.

When the Yoyo (L) starts playing, it hits you with a degree of transparency not present on its immediate competition. The highs stand out most, remaining sharp and clear, while the midrange is liquidy smooth. The bass does not reach as low as a Sonos or Google’s flagships, but it has less bloat than those too, remaining tight and controlled during busy passages. Another note of refinement: unlike so many popular speakers, you don’t need to play the Yoyo (L) loud for it to sound its best. The clarity remains even as ‘everyone else is asleep’ volumes.

Less impressive is the stereo separation. It’s decent, but not as good as a proper soundbar, let alone a pair of bookshelf speakers.  Mind you, I almost never recommend someone buy a single speaker or soundbar over a pair of stereo speakers anyway, but if you’re limited in space, this is a good alternative to consider. I just wish Cambridge Audio gave you the option to pair two speakers together like most other wireless speakers.

It’s not perfect. Again, I wish you had the option pair two speakers for true stereo, and I would’ve liked to see a subwoofer out to fill in that last bit of missing rumble and thump. If you want something with those features, and have $1,100 to spend, you can take a look at the outstanding KEF LSX. But at $400, and if you can live without a huge soundstage, Cambridge Audio‘s Yoyo (L) is a standout Google Cast speaker offering a wealth of flexibility.