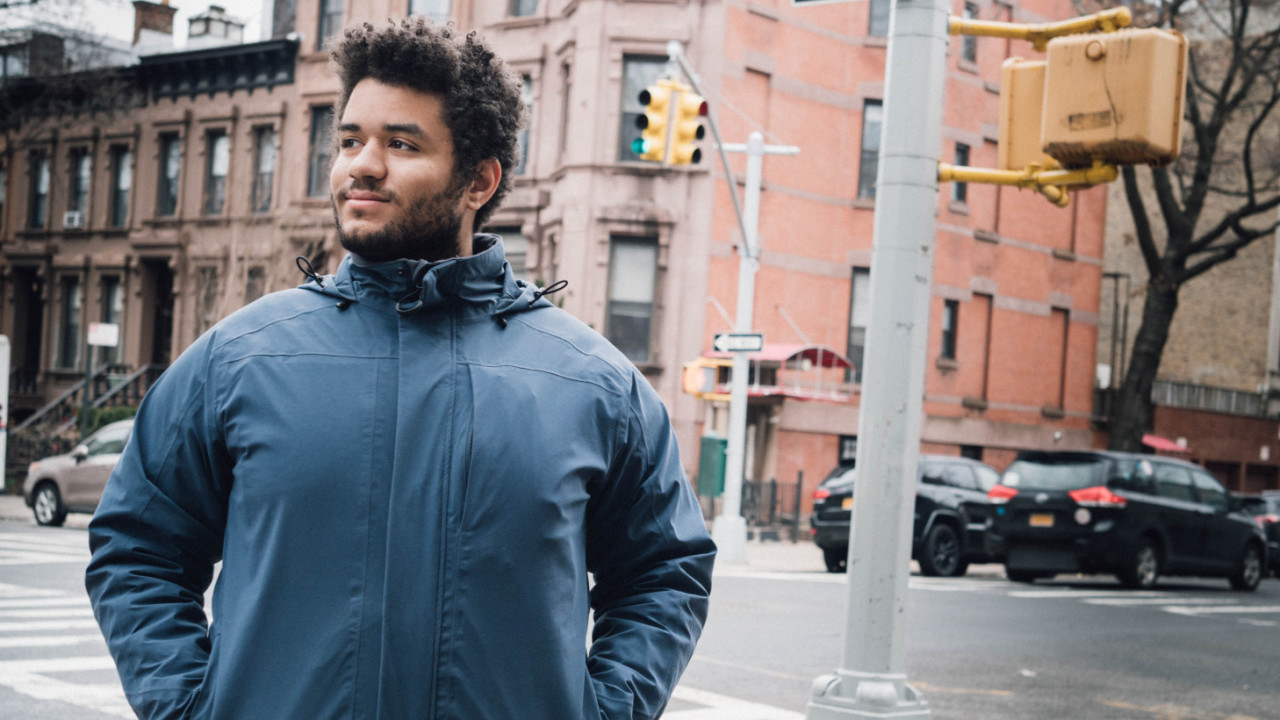 I do not like the cold. I grew up on a tropical island, and though I appreciate the beauty of the first snow and winter festivities I will do everything in my power to avoid going out once the temperature drops below 40 degrees Fahrenheit.

Needless to say that when Oros, an outdoor apparel company, offered to let me try its $300 Orion Parka with ‘NASA-inspired’ insulation, I was curious.

You may have heard of aerogel before. One of the lightest man-made materials and greatest insulators, it’s what NASA uses to insulate things that need to go to space. If you’ve never held a piece of aerogel, it’s a surreal experience: it’s rigid and looks like frosted glass, but feels almost completely weightless. It’s like holding a little force field in your hands.

So why doesn’t every outerwear company use it to insulate their coats? It’s brittle, for one, shattering like glass under pressure. It also tends to disintegrate in water. Not exactly something you want in a coat, unless you happen to be an indoor statue.

Oros claims to have solved these problems. Its proprietary ‘Solarcore’ tech claims to maintain aerogel’s insulating properties while being flexible, water-repellent, durable, and breathable

Of course, existing coats have exhibited similar properties for eons. Oros just thinks it can make an even warmer coat – all without the usual bulk associated with winter wear. It’s not the first or only company to use aerogel, but unsurprisingly, it thinks it does so best.

The company sent me male and female versions of the Orion Parka to try out – its largest and warmest coat.

It’s a minimal design but looks good in a utilitarian sort of way. And while the proof is in the pudding, it feels as well made as any coat I’ve owned before.

The men’s coat has two extra pockets over the woman’s – much to my girlfriend’s dismay – and is tighter around the waist. There’s also drawstring around the men’s waist to create a better seal that’s not present on the woman’s coat.

There were two things I noticed when I first put it on. First, it’s surprisingly heavy for something that’s supposed to be made out of the lightest stuff on earth. The insulating portion may be lightweight, but the materials around it not so much. This won’t be a problem for most people but might be a concern if you’re going on a long hike or a marathon winter run.

Second: it’s thin. Much thinner than the warmest coats I’ve owned. It’s much easier to move around in than the bulk I’m used to. I feel less like a walking marshmallow.

So how does it actually perform at keeping me warm? Really well. I’m not a coat expert, but it feels warmer than the goose down and synthetic coats that I’ve tried before. It outperforms my Uniqlo down coat by a large margin. I have no scientific way of testing this, but the difference is apparent: I no longer dread going outside in the cold.

I can go on long walks in the winter. I was able to go out on the coldest day of the season and not feel completely awful. I’m not filled with existential dread when the temperature drops below 40. I would often quadruple layer up when the temperature went below freezing, and now I don’t need to. Don’t get me wrong: it’s not like I magically felt like I was back in the Dominican Republic, but it’s an upgrade over similarly expensive coats I’ve owned before.

Equally important is the reduced bulk. I don’t really feel the Oros’ weight, but I do notice how much thinner it is. I’m a big guy, and the discomfort of puffy coats contribute to my reluctance to go out in the cold, which is made worse when I need to layer up. Considering I have a dog to walk multiple times per day, the Orion Parka’s combination of thinness and warmth have made it a bit of a godsend.

Unfortunately, my girlfriend had a more mixed experience. She found the Orion Parka to be warm, but not the warmest she’s tried. I wonder how much that has to do with the wider waist and missing drawstring on the woman’s coat; the men’s is completely snug around the waist, so I feel like my torso is in a little-insulated bubble. She also lamented having fewer pockets and noted the coat gets wrinkly fast.

Should you spend $300 on the Orion Parka? That’s up to you. I can’t guarantee it’s the warmest coat out there, and I recommend you try before committing, but the combination of warmth and maneuverability might just make going outside this winter a little less dreadful.