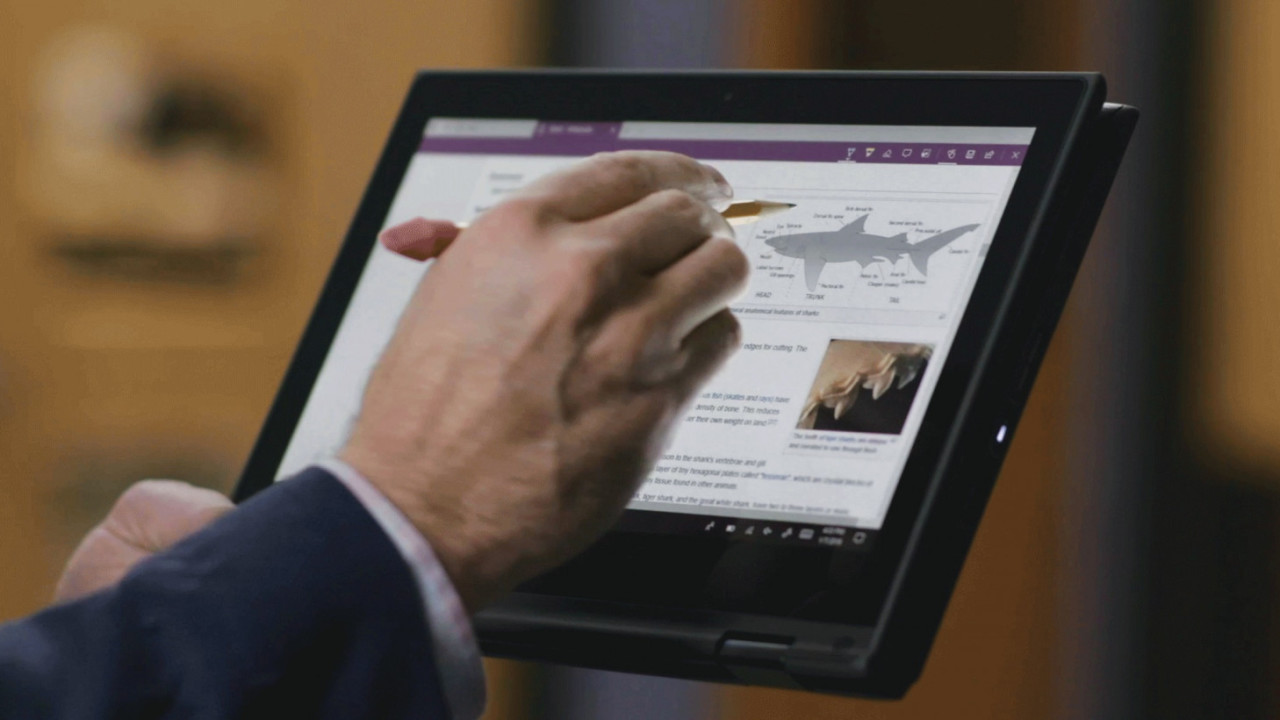 Microsoft may be king when it comes to mainstream PCs, but it’s no secret Google has built a commanding lead selling devices meant for education in the US. So today at the BETT education conference, Microsoft and its partners (Dell, Acer, Lenovo) are announcing seven inexpensive laptops to tackle the onslaught of equally-cheap Chromebooks.

The starting prices for the laptops range from $189 to $319, including three convertibles. The most interesting of these is probably the updated Lenovo 300e 2-in-1. Aside from its included stylus, you can actually use a regular old #2 pencil to draw on the screen as well – and it’s built to be durable enough to handle the abuse it’ll likely be subjected to in schools. You can read the full list of laptops here.

Speaking of styluses, Microsoft is also announcing a smaller, more durable Surface Pen designed for students using the Surface Go. Called the Microsoft Classroom Pen, it’s only 40 bucks (vs $99 for the regular Surface Pen), and comes with a little slot to attach a lanyard to your laptop case or what-have-you.

Unfortunately, you’re probably out of luck if you want one for yourself – it’s only being sold in bulk to classrooms.

In the eight years since the first Chromebook, Google has built a commanding lead over Microsoft and Apple in the education market. Chromebooks were easy to deploy, easy to use, secure, efficient, and (most importantly) cheap. Fighting Chrome OS is part of the reason Microsoft introduced Windows 10 S in 2017. By restricting the apps and services that can run on a laptop, the company could come close to the performance and efficiency of Chromebooks in an education environment.

The company has seen a slight uptick in sales since, but it still has a lot of catching up to do. Part of this lies in the software too, and Microsoft is leveraging its rapidly-growing Teams to offer more functionality for teachers. It’s making it easier to see upcoming assignments and make new ones, import grades, or check for plagiarism with Turnitin.

For more on Microsoft‘s education announcements, head on over to its blog post at the source link below.