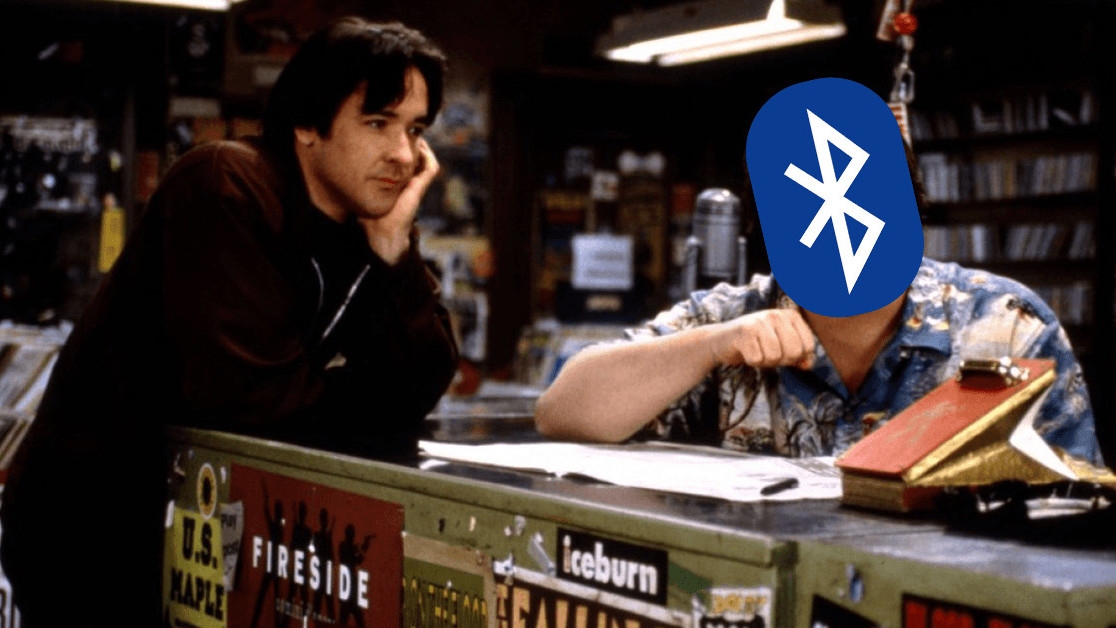 Vinyl is back and shows no signs of abating. Hell, according to a report from Buzzangle, vinyl sales in the US rose almost 12 percent between 2017 and 2018. This meant the format accounted for close to 14 percent of all physical music sales in America. Well done, vinyl, well done.

And, of course, once there’s a public interest in something, technology companies will be there to drag it into the future. And make some money from it.

Say hello then to Sony‘s PS-LX310BT; a Bluetooth-enabled turntable.

This product – which was announced at CES – has really got me in two minds. On one hand, I’m appalled. A big part of the vinyl resurgence is about connecting with music in an analogue, traditional way. Its old school nature is part of its inherent charm.

On the other, who gives a fuck? If people want to listen to vinyl via Bluetooth, let them.

First off, the good. From everything we can see at this stage, the PS-LX310BT appears to be a solid piece of kit – especially for its £200 retail price.

The inclusion of an aluminium die-cast platter and a “newly designed tonearm” means the turntable won’t destroy your vinyl like so many cheap units do. On top of this, the PS-LX310BT has both a phono output (so you can plug it into a dedicated pre-amp), and a line-out for sound systems that don’t have this functionality. Pretty flexible stuff.

There’s also a nifty feature Sony refers to as, uh, “easy Bluetooth connectivity.” Basically, you can press a single button and the the turntable will automatically connect to the last used Bluetooth device and begin playing music.

Not everything is rosy with the PS-LX310BT though. At the time of writing, there are no details about what Bluetooth codec the turntable will use. In regards to streaming quality, there’s a big difference between something like the crisp aptX and the somewhat limited SBC. We’ve reached out to Sony for clarification on this, but so far haven’t received an answer.

Despite this – and even if Sony use the most hi-res Bluetooth codec available – there’s still a gap between the sound quality you can get from a wired and wireless connection, an issue we’ve covered a couple of times before. When a big part of the vinyl resurgence is about listening to pure, uncompressed music, something about playing records via an imperfect Bluetooth connections seems kinda… off.

Maybe all this quality talk is missing the point though. The PS-LX310BT could be the perfect way to get into records.

Getting a vinyl capable audio set-up isn’t cheap. At the very least you’re going to need a turntable, an amplifier, and some speakers, all of which are expensive.

The fact the PS-LX310BT can connect to Bluetooth speakers or headphones (which many people already own) gives individuals the chance to get enthused about vinyl without a massive initial outlay. The fact it also supports a selection of wired connections also gives the turntable some longevity, as it can be slotted into an upgraded system, rather than immediately replaced.

Whatever your view on the vinyl revival is, you can no longer say it’s a fad. People are falling in love with records again and if a slightly flawed Bluetooth-enabled turntable helps individuals do that, it can only be a good thing.

The PS-LX310BT is out in the UK and Ireland on April. Currently, a US release date hasn’t been specified. Keep an eye on Plugged for not only a review of this turntable, but also another Bluetooth-enabled one: Hym Audio’s Duo.

If you’re interested in Bluetooth-ready turntables that are already on the market, you have a few options.