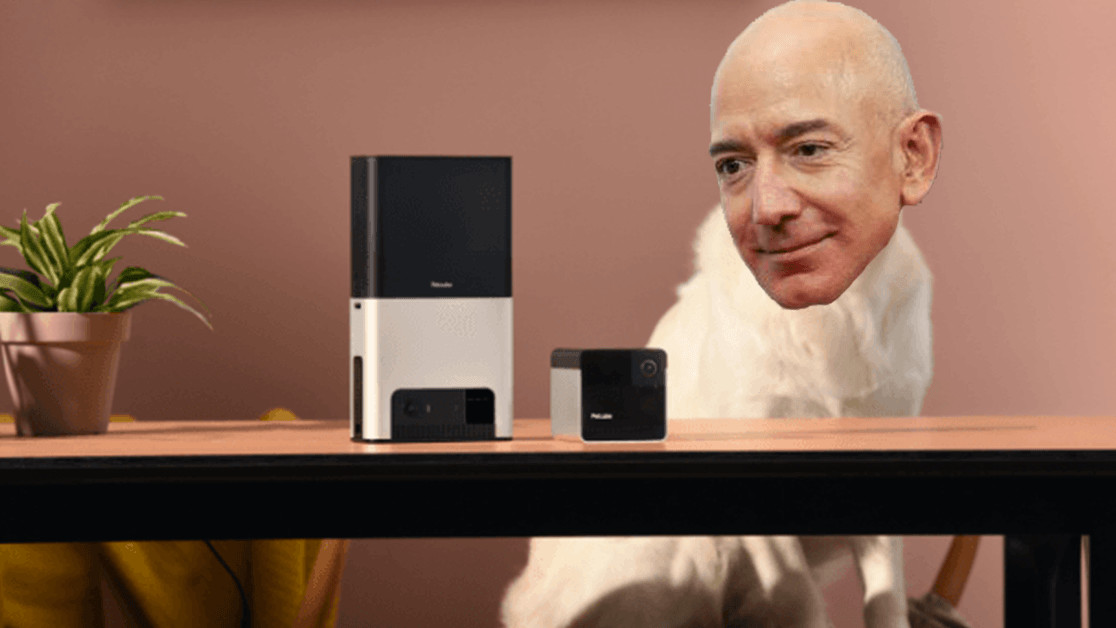 I’ll put this out there, I think treat cameras like the Furbo and Petcube are great. These nifty little devices allow pet owners to keep an eye on (and interact with) their beloved animals. It’s a wonderful idea.

But, unless your pet can talk (which would be awesome by the way), I’m not sure why these type of products need Alexa.

Today at CES, Petcube announced the launch of two more cool products: the Petcube Bites 2 and the Petcube Play 2.

Almost every part of the update is great. Both devices have improved WiFi (now supporting the 5GHz band), wide-angle lenses (that can deliver a 180° full-room view), and a four microphone array.

This is on top of a range of other awesome features, like night vision, 1080p video, a treat flinging function, a laser toy, and the option for a pet to instigate a call with their owner.

Also, if you subscribe to Petcube Care, the device can do a range of other nifty things. For example, it can tell the difference between cats and dogs, and analyse the sounds the animals are making to see if they’ve been hurt or are in trouble. So far, so good, right?

Here’s the kicker though. For some godforsaken reason, Petcube added Alexa.

Look, I get the argument for this being a good thing. Having Alexa in the Petcube might help separate it from the crowd. I also understand that being able to control the Petcube with your voice could be cool. But does a device that performs its primary function without people there need Alexa?

If I want an Alexa, I’ll get one. Simple as that. Currently, more-and-more devices are building Alexa in and, for the privacy-conscious individual, this is a worrying trend – especially when it’s in hardware where it’s not needed.

Still, this is, on some level, a personal thing and Alexa‘s inclusion might not bother you too much. Overall, the updates to the Petcube make a great device even better, and maybe the company knows something we don’t and they expect pets across the world to start talking soon. We can but dream.

The Petcube Bites 2 and Petcube Play 2 will be released in Spring, and will cost $249 and $199 respectively.