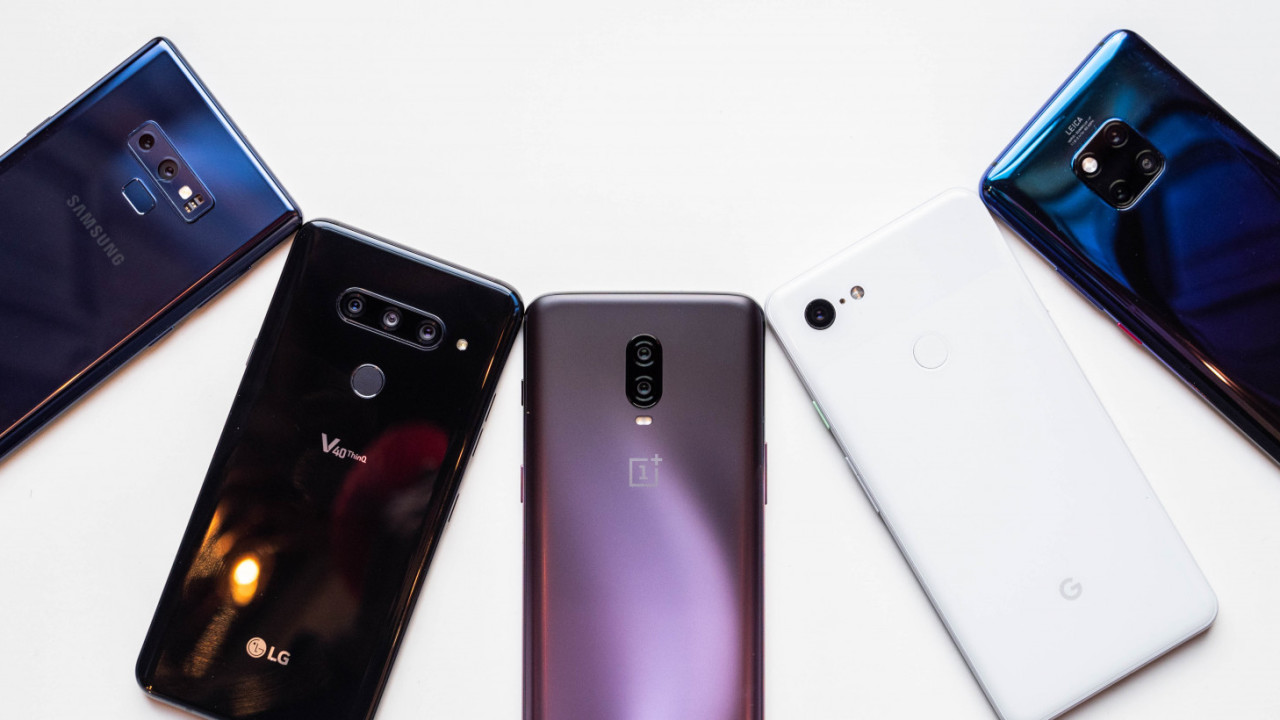 It’s the end of the year, so you know what that means: awards lists. In our case, it’s time to crown the best phones of 2018, which is a surprisingly tough activity given how many great phones there were this year.

Besides, we recognize that everyone is different, with varying preferences on devices. So instead of merely listing our favorite choices at every price range, our picks are aimed at different kinds of buyers and their particular needs.

OnePlus 6T: 2018 was the year OnePlus made its biggest stride yet to move from being a niche brand for smartphone enthusiasts to one that can appeal to the mainstream. More importantly, starting at $549 in the US, it’s still priced far below almost all the competition.

The OnePlus 6T is a phone that gets nearly everything right, offering best-in-class performance, a top-notch camera, excellent battery life, a classy design, and a solid history of post-launch software improvements. Now that it works on Verizon as well as GSM networks, it’s hard to justify buying anything more expensive. Well, unless you’re on Sprint.

There’s a slot for the iPhone almost every year, but this is the first year I can think of where the top award isn’t going to Apple’s flagship. Instead, for the vast majority of people, the iPhone Xr makes more sense. It has the same processor, same primary camera (much improved this year), and shows better battery performance in several tests.

You do miss out on the higher-resolution OLED display, 3D Touch, and a telephoto lens, but for most people, those are acceptable compromises for a far cheaper $749 price tag. Besides, it’s just the better-looking device, if you ask me, with its wide gamut of color options that remind me of the good ol’ iPad nano days.

I had some doubts including this phone here. I thought it was too expensive for the specs on offer, and I thought Google could’ve done more to make it more competitive with the opposition. Also, there’s that giant notch on the XL.

And yet, I can’t help but keep recommending it, because Google’s software makes it worth it. It performs well, gets solid battery life, and receives fast updates. The Pixel 3 is the only small Android phone that isn’t crippled compared to its larger sibling.

But above all Google’s camera is arguably in a league of its own, especially after the addition of Night Sight last month.

This feature has completely changed my perspective of what low light photography can be like on a smartphone, and though other phones ostensibly feature similar night modes, none comes close to the effectiveness and reliability of Google’s in my experience.

The Huawei Mate 20 Pro is the most ambitious phone in recent memory. It has everything but the kitchen sink 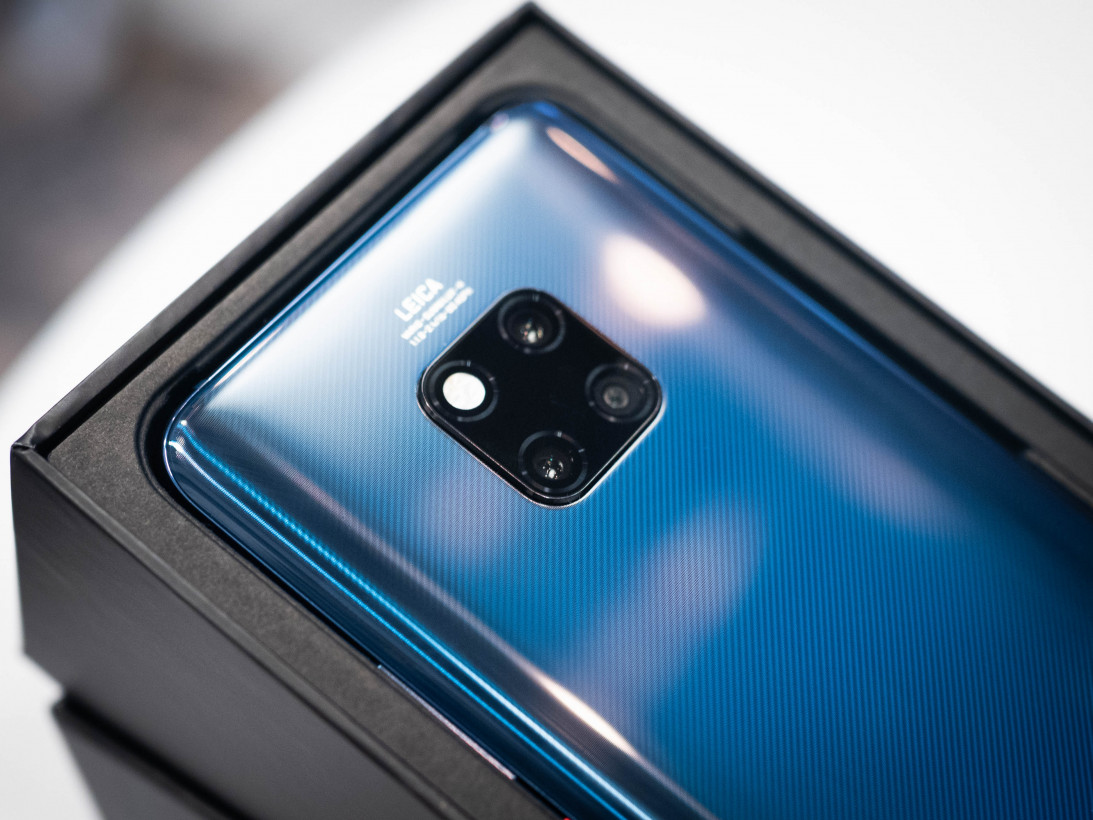 Etcetera, etcetera. The only thing it’s missing is a headphone jack.

Though I’d like to see Huawei trim some of its software features for a more refined experience, the wealth of options doesn’t affect performance, and battery life is fantastic.

The Mate 20 Pro also deserves to be in the ‘easy recommendation’ list, but its high price and difficulty to acquire in North America make it best left for power users.

Along with the Mate 20 Pro, Samsung’s Note 9 is one of few phones that feels like it justifies its $1,000+ price tag. It starts at 128GB of Storage and 6GB of RAM and goes up to 512GB/8GB – with expandable storage. It also has stereo speakers, fantastic battery life, a headphone jack – and of course, it’s the only phone worth buying with a stylus. 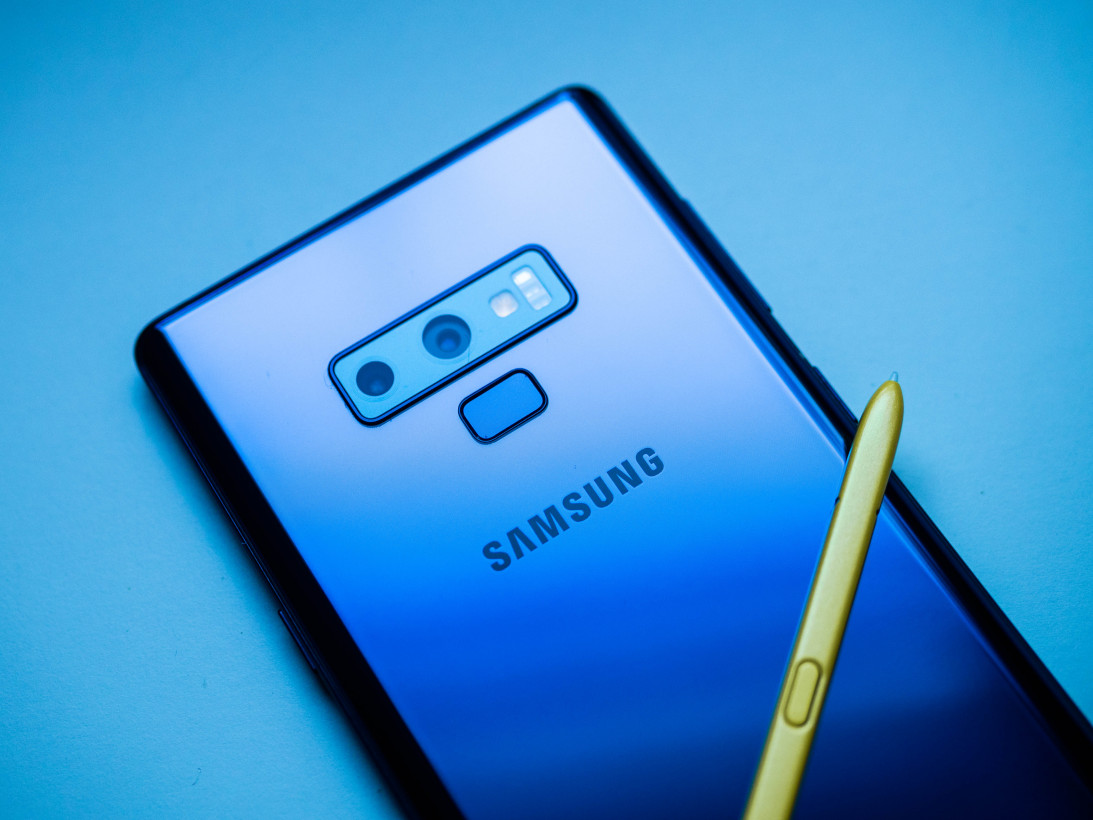 My only caveat is the camera, but it’s a small one. While Samsung’s shooter is good enough for most people, Samsung has fallen behind Google, Apple, and Huawei as a class-leader.

It’s hard to find a truly ‘bad’ camera on a current flagship, but some phones still pull ahead of the competition. I’ve already talked recommended the Pixel 3 and Mate 20 Pro, but they’re worth acknowledging again.

The Pixel 3 remains the best point-and-shoot smartphone on the market. Its lead has shrunk significantly this year as the competition includes far better hardware and has wised up in the software, but, Google’s camera still produces the most pleasing images on a regular basis.

It’s also worth acknowledging Google has the best selfie setup on the market, especially now that Google has added a secondary wide-angle camera. And it bears repeating: Night Sight is a game-changer. 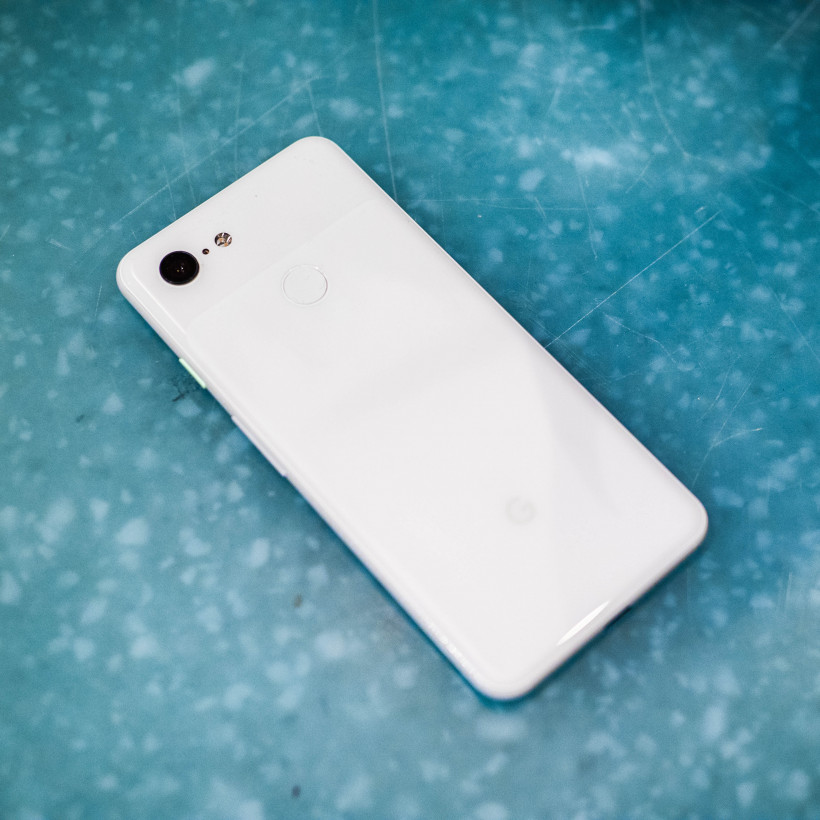 The Mate 20 Pro has the most versatile camera. Huawei’s 40-megapixel sensor is huge, and performs far better than the competition on the hardware level. Huawei also has a plethora of software features, including a decent night mode as well. But its best asset is the triple camera-system that allows you to capture wide, normal, and telephoto images on one device.

An honorable mention goes to LG’s V40, which features a similar triple camera set-up on the rear, plus two cameras on the front. LG has also significantly improved its dynamic range and low light performance and has class-leading support for manual video-recording.

Apple put in its most impressive performance in years thanks to a dramatically improved HDR algorithm on the XS, XS Max, and Xr. Apple’s images often show superior dynamic range to Google’s, and its rendering is among the best on the market. It also has an excellent portrait mode with improved depth of field realism and a powerful ecosystem of accessories and software only Apple can muster. While the Xr delivers most of the photographic goodness,  the pros will want to opt for the XS siblings thanks to their telephoto lens.

LG’s V40 may not have stereo speakers, but it makes up for it with the best headphone jack output you’ll get on a smartphone. Not just ‘good for a smartphone,’ but better than many dedicated audio components too. That’s something LG has excelled at for years – just ask the audiophiles.

But it’s not just the audio chops. The V40 is the best phone LG has made in years, especially in the camera department. It performs well, has a loud mono speaker, and has some useful software features too. It’s only let down by a relatively small battery and clunky UI. 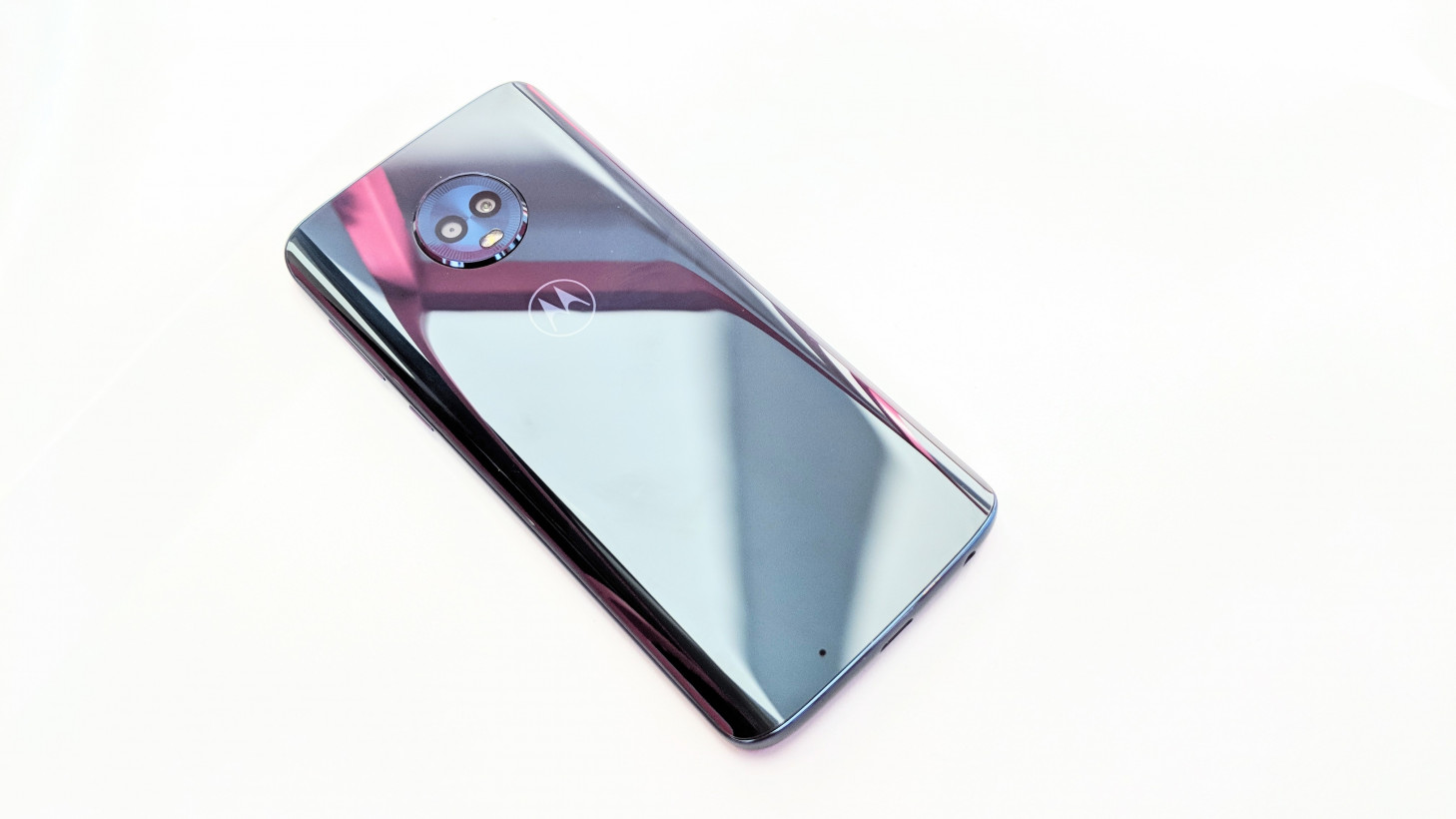 Motorola has won this category almost every year, and the G5 continues this tradition. It’s not the most powerful phone you can get for the money, but a near-stock version of Android with a few useful features thrown in means you can nary tell the difference in regular usage. What’s more, this year Motorola upped its design chops substantially with smaller bezels and a glass back – enough that you might mistake it for a flagship. With an MSRP of $249+, it’s an easy recommendation.

Xiaomi’s Pocophone F1 was a shocking release: A phone with a flagship Snapdragon 845, a 4,000 mAh battery, 64GB of storage, and 6GB of RAM for just $300. The Pixel 3 has worse specs for $800+. It delivers on those specs too, with smooth performance, a solid camera, and Xiaomi‘s polished MIUI. 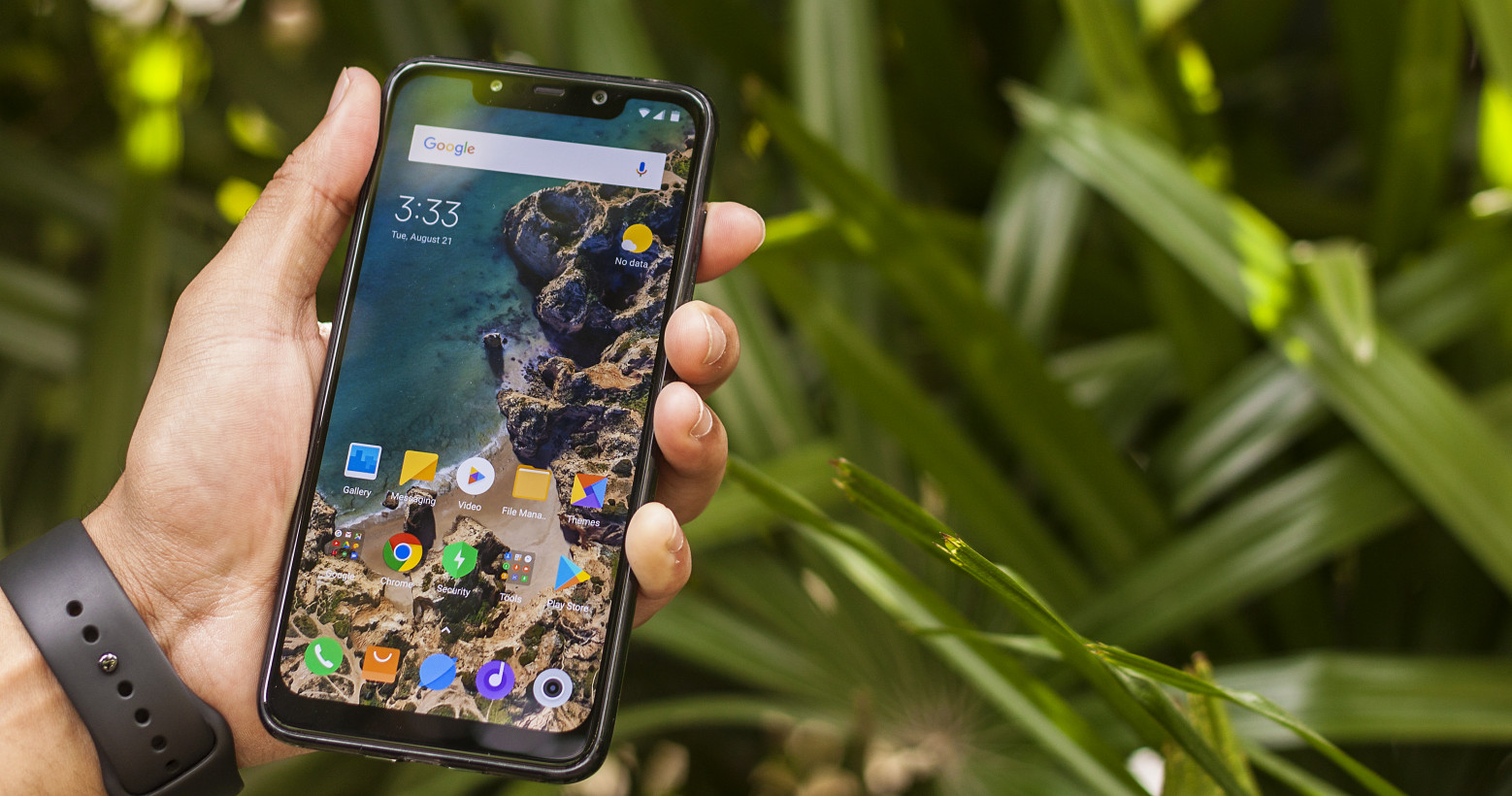 Sure, its build is plastic and it has ‘just’ an FHD+ LCD, but it’s an incredible value that no one else can quite compete with. The only caveat is availability and compatibility – you’ll want to make sure it works with your carrier first.

Do you miss having a mechanical keyboard on your phone? BlackBerry’s Key2 and Key2 LE have you covered.

The Key2 siblings are a niche product, but a physical keyboard gives them a productivity advantage. What you lose in screen real estate, you gain in functionality. The Key2 devices allow you quick and easy access to apps and the sort of multi-tasking you just can’t do without a suite of hardware buttons. 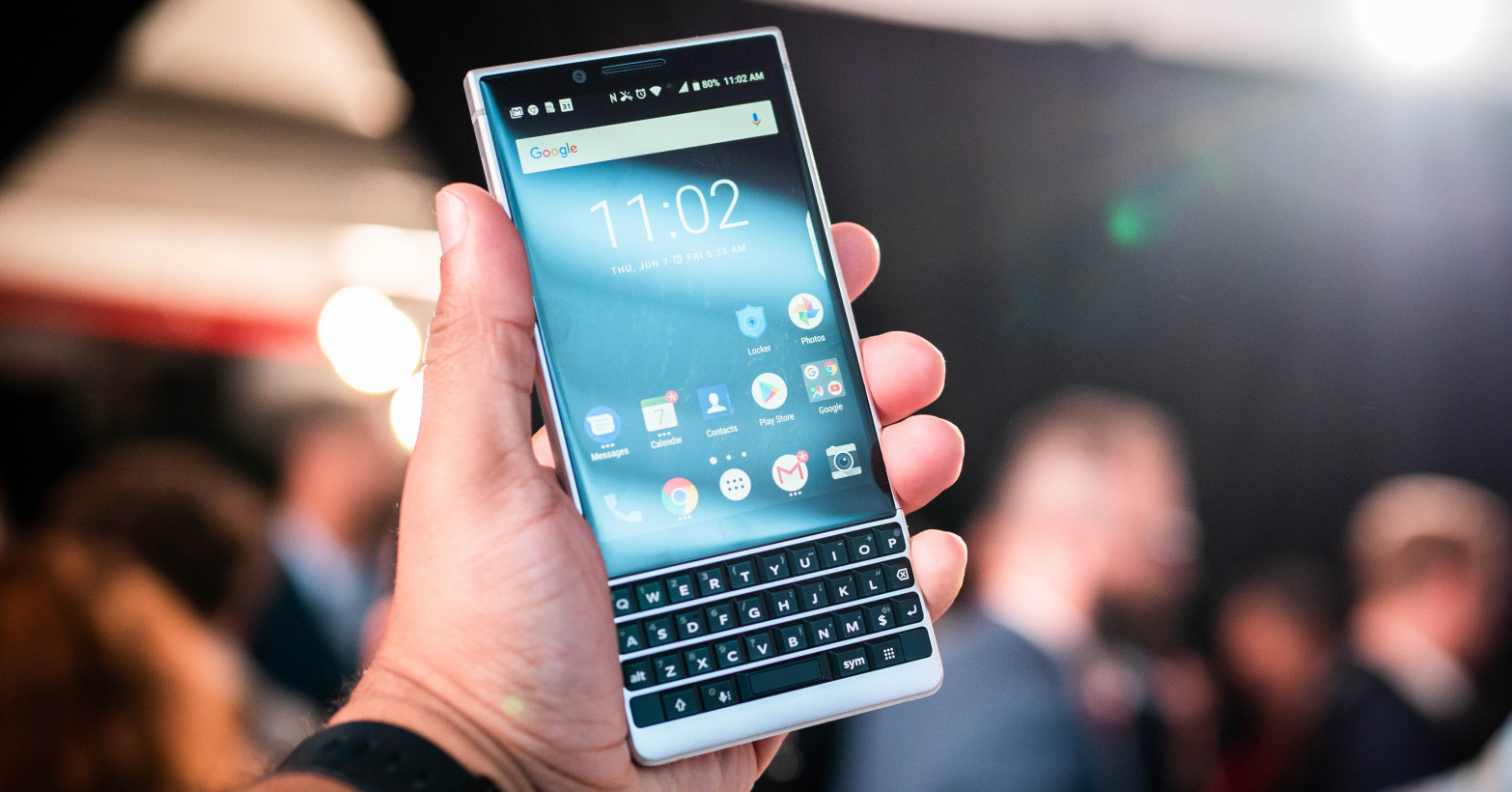 Both phones are solid options for power-users that need to get a lot of work done from their phones. The Key2 has slightly better performance, a bigger battery, and a metal build for $650. The Key2 LE comes in at $400 for marginally worse specs and a plastic build, but considering neither model offers flagship-level performance, I’d suggest most people opt for the cheaper model.

An incredibly ambitious phone, the Oppo Find X has gotten somewhat lost in the wave of devices this year. Oppo was one of the first to try to solve the ‘notch problem’ by hiding the camera altogether – the camera retracts into the body of the phone when not in use. Surprisingly, this camera is really good, with excellent dynamic range and tasteful contrast and saturation.

It’s a stunning phone with flagship specs – one of the most beautiful devices I’ve ever laid my eyes on. While I have some concerns about the durability of any moving parts, it feels sturdily built and the 3D facial unlock works impressively fast – and looks darn cool too.

Unfortunately, the mechanical components mean there’s no waterproofing, plus the phone is expensive and difficult to get outside of Asia. That means it’s not a phone I can easily recommend to most people – but I’ve had a ton of fun testing it. It’s nice to see a unique design in a sea of lookalikes.

As always, Samsung put in an admirable performance this year, although its early release and iterative updates meant it got lost amid tough competition. Still, now that the S9 has been out for the better part of a year, it can be found for under $500 bucks, making it a remarkable value. 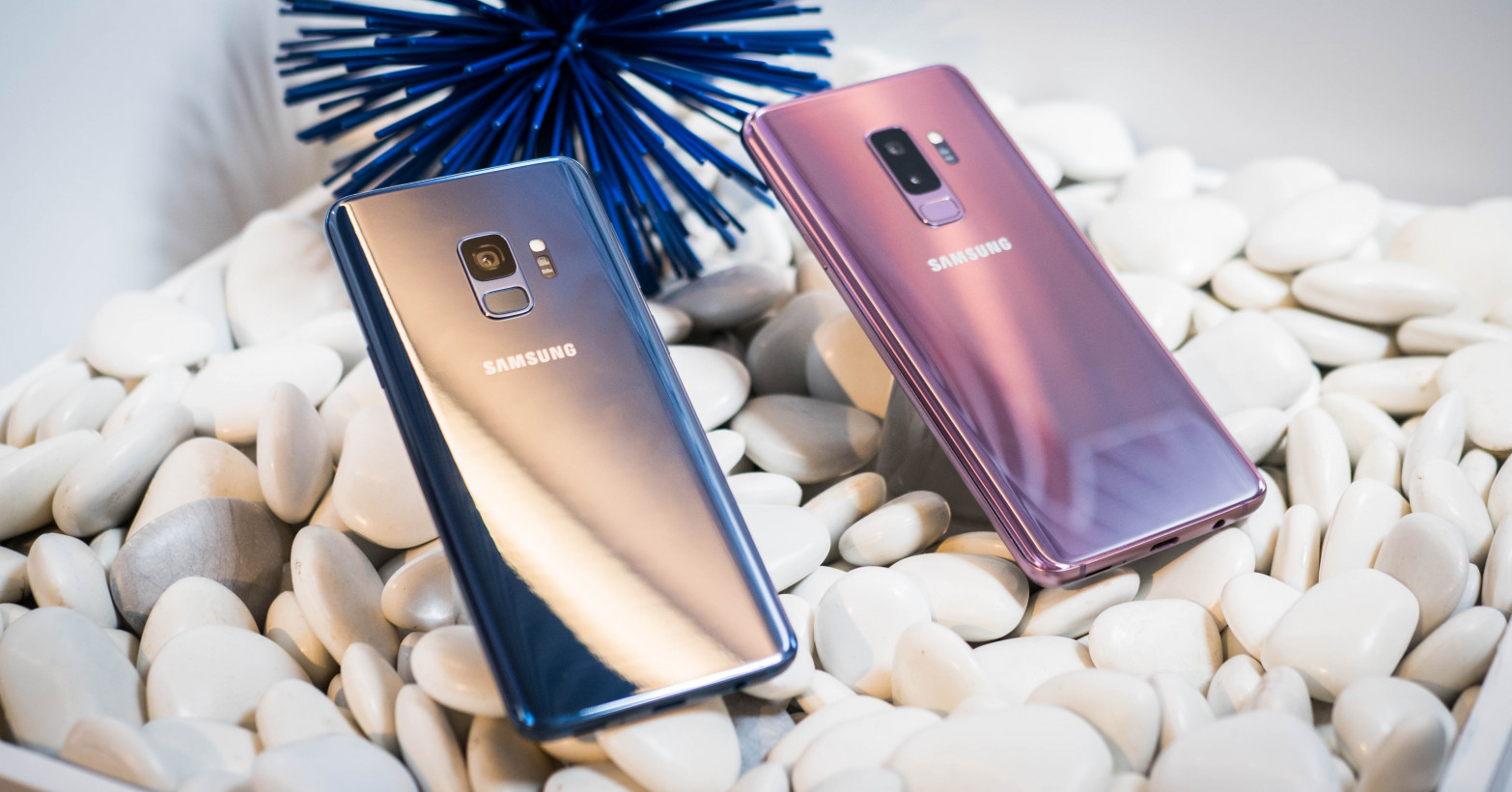 It’s also one of the very few remaining small flagship phones, although it loses out on the additional RAM and second camera on its larger sibling. Nonetheless, at current prices, the S9 is well worth a look until the S10 inevitably rolls around next year.