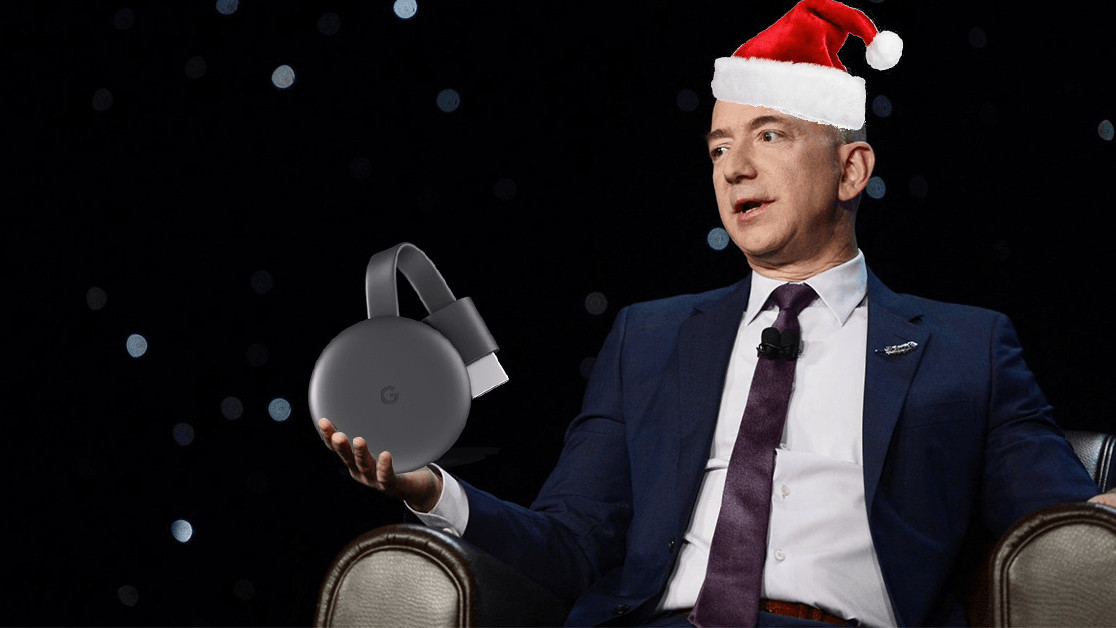 I know you’ve spent the past year counting down the days, but it’s here. The time has finally arrived. Yes, you got it right, you can now buy a Chromecast on Amazon.

Google’s streaming device is one of the most popular in its field, but it hasn’t been sold by Amazon in years. The reason? “Customer confusion.” The confusion in this case being that the Chromecast didn’t “interact well” with Prime Video. Boo hoo.

Amazon eventually relented from this view, and you know what? It only took a year between Amazon saying it’d stock Chromecasts and it, uh, actually stocking them.

You see, this is what I love about the world of technology. Back in the old days of brick-and-mortar shops, it could take weeks for a business to start selling a product. But now everything’s online, it’s as simple as clicking… Oh, wait…

To be fair to technology as a whole, Amazon could’ve started selling the Chromecast immediately after its statement. The delay is most likely another shot in the monumentally petty war between it and Google.

This year-long wait was probably exacerbated by Amazon’s Fire TV Stick and the Fire TV Stick HD (the latter of which is currently on offer if you’re that way inclined) – both of which are direct Chromecast competitors.

One possible explanation is that Amazon believed it could give its own hardware a sales boost by not promptly restocking Chromecasts. That could be the case. Or it might not be. Whatever the truth actually is, at least we can agree that it feels like a very Amazon thing to do anyhow.

When it comes down to it, the squabbling between the two companies doesn’t really matter. What does is that the consumer is benefitting from this move.

For better or worse, Amazon is many people’s main retail destination, so being able to buy a popular product like the Chromecast on the platform is pretty useful. Especially just before Christmas too.

You can grab a normal Chromecast here or the Chromecast Ultra (which supports 4k streaming) here. Pick them up while you can – who know how long the truce will last.