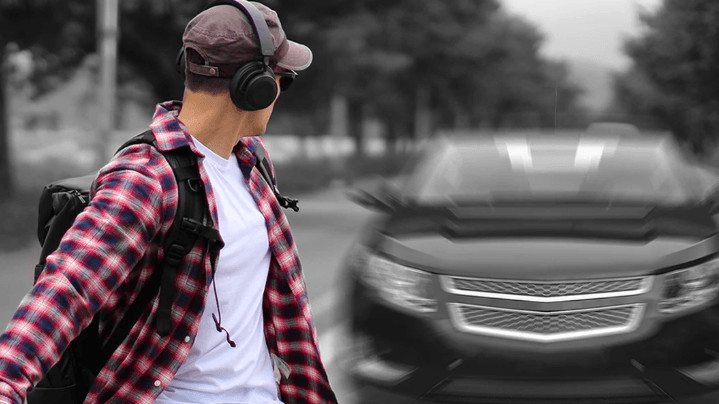 Edit: Not long after this post went live, Innomdle Lab got in touch to tell TNW they’ve decided to push back the launch date. While everything else in this article stands, the bad news is you won’t be able to pre-order these headphones yet!

The distinguishing feature of the Sgnl V70 is its open ear control technology. This allows the user to hear their surroundings while simultaneously listening to music or podcasts. Admittedly, many headphones have a feature that let the users perceive outside ambient noises. However, not many are able to simultaneously overlay this with music.

The Sgnl V70 also comes with active noise cancellation (ANC), allowing the user to filter out outside noises, like road traffic and airplane engines. This is fairly standard fare on high-end wireless headphones, and I’m curious to see how it’ll compare to the ANC found on similarly-priced models from the likes of Shure, Sennheiser, and Bose.

In terms of design, the Sgnl V70 ditches buttons in favor of a touch-sensitive surface, allowing the user to control playback with gestures. I’m a little bit skeptical of this, purely because of all the headphones I’ve tried with this feature, none have been particularly easy or intuitive to use. There’s something to be said about keeping things simple.

The cans also have motion recognition which detects when the user removes or puts on the headphones and controls audio playback automatically. This is something we’ve seen on other models, like the Plantronics Backbeat Pro 2, and when done well has the potential to be really helpful.

Innomdle Lab is crowdfunding the Sgnl V70 on Indiegogo where it’ll have an initial price of $129. If it eventually reaches retail, it’ll have an MSRP of $229.00.

As with all crowdfunding campaigns, remember you’re not buying something, but rather backing it in the hope of getting a reward later down the line. There’s no guarantee that you’ll receive the finished. While I’m fairly confident that a startup owned by a multinational tech giant is likely to deliver, remember that there’s an element of risk.