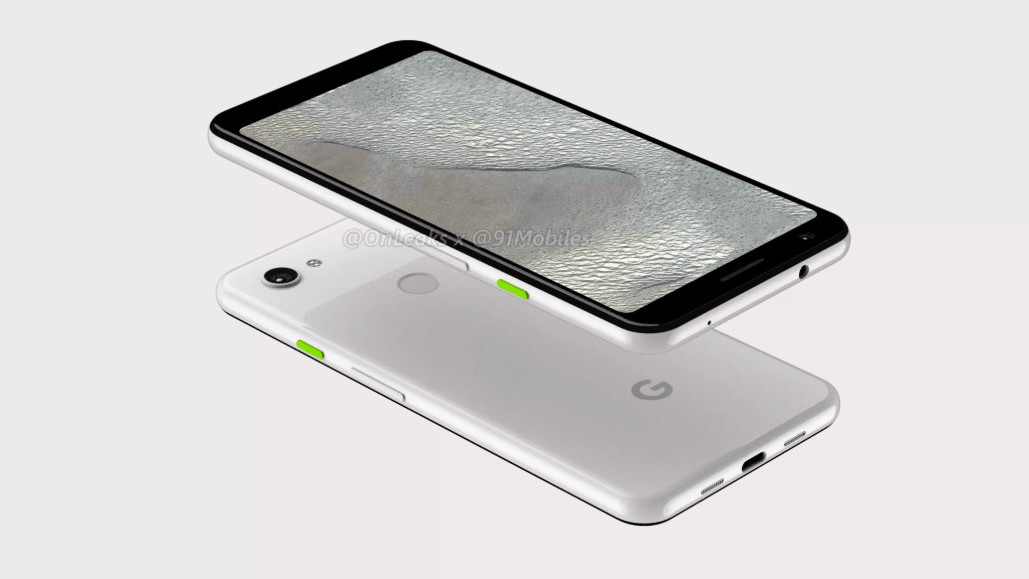 Last month, we saw leaked pictures of the Pixel 3 Lite – Google‘s rumored mid-range phone. Now, OnLeaks and 91mobiles have released renders of the larger Pixel 3 Lite XL suggesting that the device will rock a headphone jack (thank god) and no notch.

The report noted that the phone will feature a 6-inch full HD+ display with the top bezel. Compared to this the Pixel 3 XL features a 6.3-inch display because. This might please some people, as there aren’t too many fans of the latter’s monstrous notch.

The video posted below also speculates Google will opt for a polycarbonate body instead of glass and metal for the Pixel 3 Lite duo.

Earlier leaks have hinted towards Qualcomm’s Snapdragon 670 as the processor of choice, paired with 4GB RAM. Owners have criticized this year’s Pixel phones for its performance issues and lack of memory management. Google had to push out an update to solve these issues. We’ll have to wait and see if Google can manage to avoid these issues on a comparatively underpowered device.

The phone’s rumored price is $400-500, and it‘s expected to launch in the first quarter of 2019. If Google uses the Pixel 3’s camera technology in its ‘Lite’ devices, it’ll be a worthy competitor to the likes of the OnePlus 6T and the Mi Mix 3.