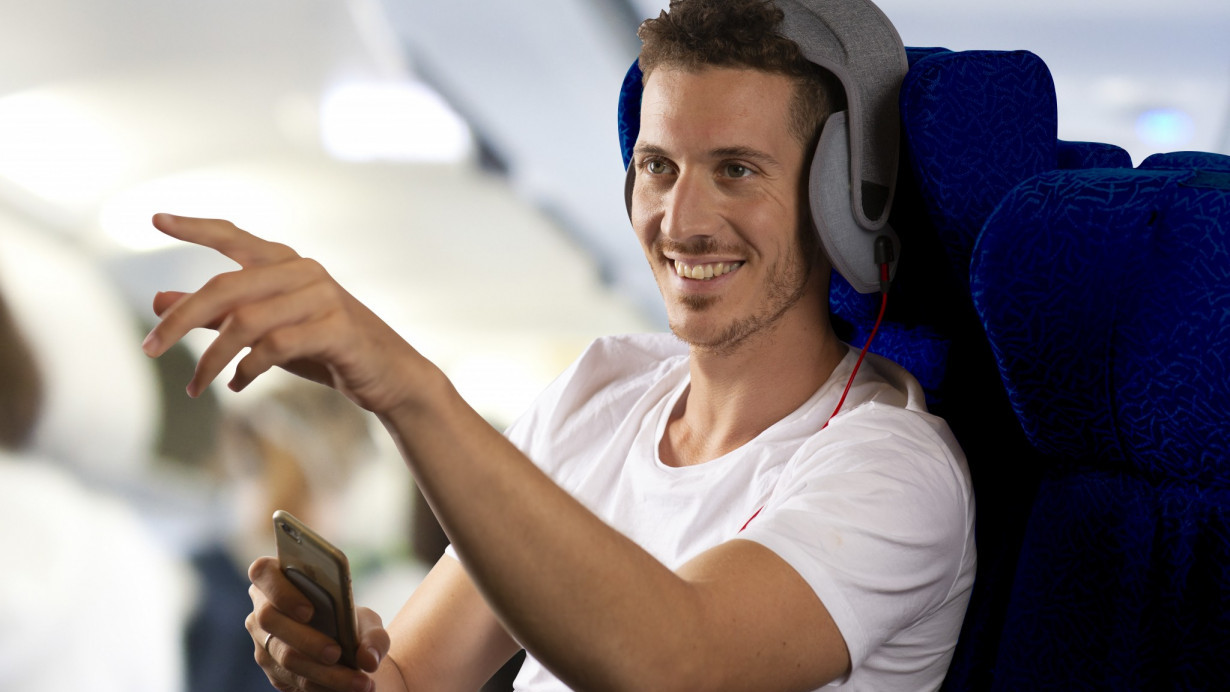 It’s really bloody hard to fall asleep at 33,000 ft. A huge part of the problem is that airplane seats aren’t designed with restful snoozes in mind. There’s nothing to prevent your head from lolling towards the seat in front of you, or drifting onto the awaiting shoulder of your neighbor.

One interesting solution to this problem is NapUp Fly, which straps your head to the headrest seat, and comes with a built-in eyeshade. There’s also a more expensive model called the NapUp Fly+, which packs a set built-in speakers.

Both models come with a hard-shell carry case, which can be easily stowed away in a rucksack without getting damaged.

Unlike traditional neck pillows, the goal behind the NapUp Fly+ is to keep your head in place. The logic being that the less you move, the more likely it is you’re going to get some rest. The company says the product is compatible with most airline seats.

The product bears similarity its predecessor, the NapUp, which has sold over 100,000 units across 35 countries and was built to help toddlers get some rest on long journeys. Since then, the company reworked the formula to adapt it for taking long airplane journeys.

As someone who flies frequently, this is something that I can actually see myself using (and the company sent me a review unit, so stay tuned for that).

That said, it’s worth noting that ergonomics is just a small part of the puzzle to sleeping in a plane. The NapUp Fly can’t do anything about your overspilling neighbor in the seat next to you, or the person who insists on going to the toilet every two minutes. Similarly, it won’t help with the fact that most airplane seats are super uncomfortable.

The NapUp Fly is currently being crowdfunded on KickStarter, where it has pushed past its relatively modest goal of $30,000. Non-early bird pricing starts at $39, or $49 for the NapUp Fly+.

As always, there’s an element of risk with crowdfunding campaigns. Remember, you’re not buying something, but rather backing a project with the aim of getting a reward.

If you’re not willing to chance it, but still want some shut-eye, I suppose you could always fly United and hope a flight attendant is having a bad enough day to beat you into unconsciousness. It’s not without precedent; after all, it is the airline that famously turned a doctor into a patient.