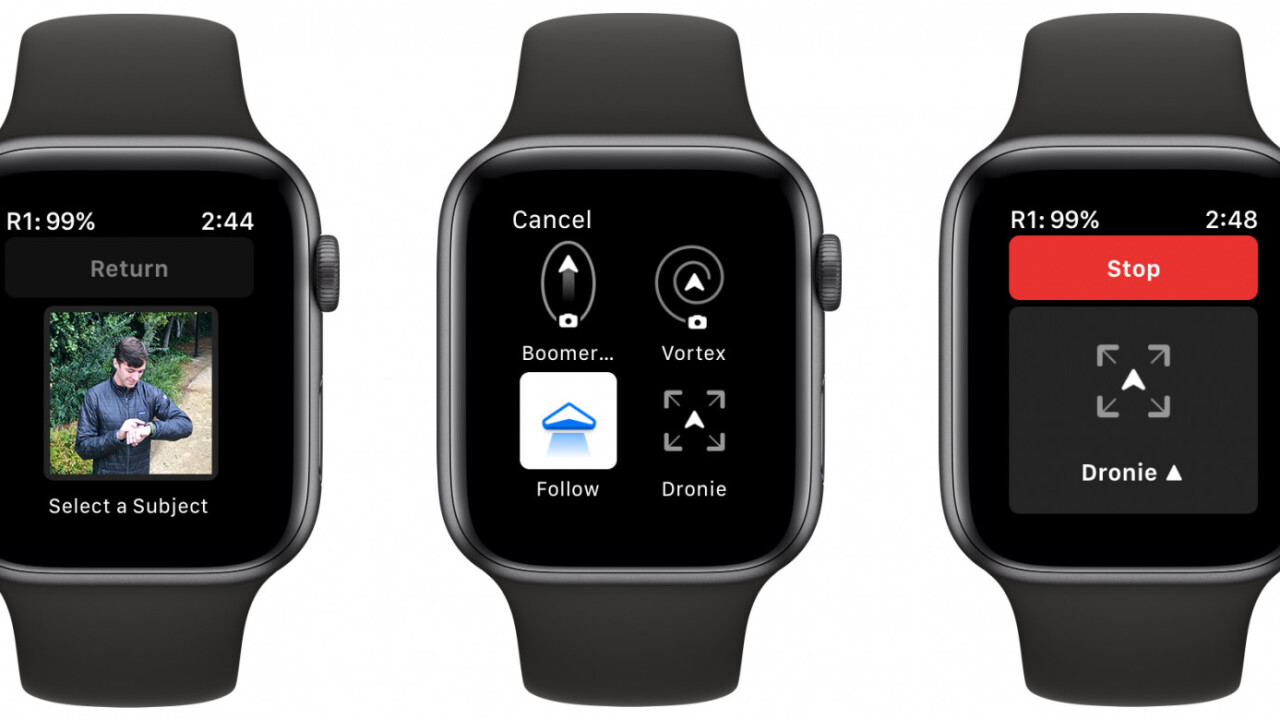 It sounds like a pitch for “Black Mirror” season five: Fully autonomous flying cameras you can control from your wristwatch. But, let’s assume the robots aren’t going to rise up in rebellion before the holiday season for just a moment. This is pretty cool.

If you’re unfamiliar with the Skydio R1, it’s an incredibly interesting piece of machinery. It’s marketed as a self-flying camera – as opposed to a self-flying drone. It was designed to be a flying cinematographer, meaning it not only navigates around obstacles like trees on its own, it also attempts to get a high-quality video shot as it follows a subject.

Now, with Apple Watch support, the device can be entirely controlled from your wrist. You can change the cinematic settings, launch and recall it, and even rotate the drone using the Digital Crown.

But the most impressive new feature is how the R1’s ability to follow a specific person integrates with Apple Watch. It sends a thumbnail image to your Apple Watch for each person it sees. You can scroll through the thumbnails, tap on the person you want it to follow, and that’s who it’ll focus on.

As someone lucky enough to have been using Skydio R1 since before we launched, I’ve never had more fun with the drone than in the months we’ve been internally testing our Apple Watch app.

It’s one thing to have a drone avoid obstacles while filming you autonomously, but there’s something surreal in being able to tell this robot what to do from my wrist and then stop worrying about it or fussing with it immediately. It is so much nicer to lower your wrist than to fumble with putting a phone in a pants pocket or bag.

Choosing who the drone should film by tapping on people’s faces on your Watch feels like an app from a few years in the future.

Skydio also announced the R1 would be sold in Apple Stores starting today. We’ve got our hands on a review unit and will be posting our full review on Plugged soon, stay tuned!