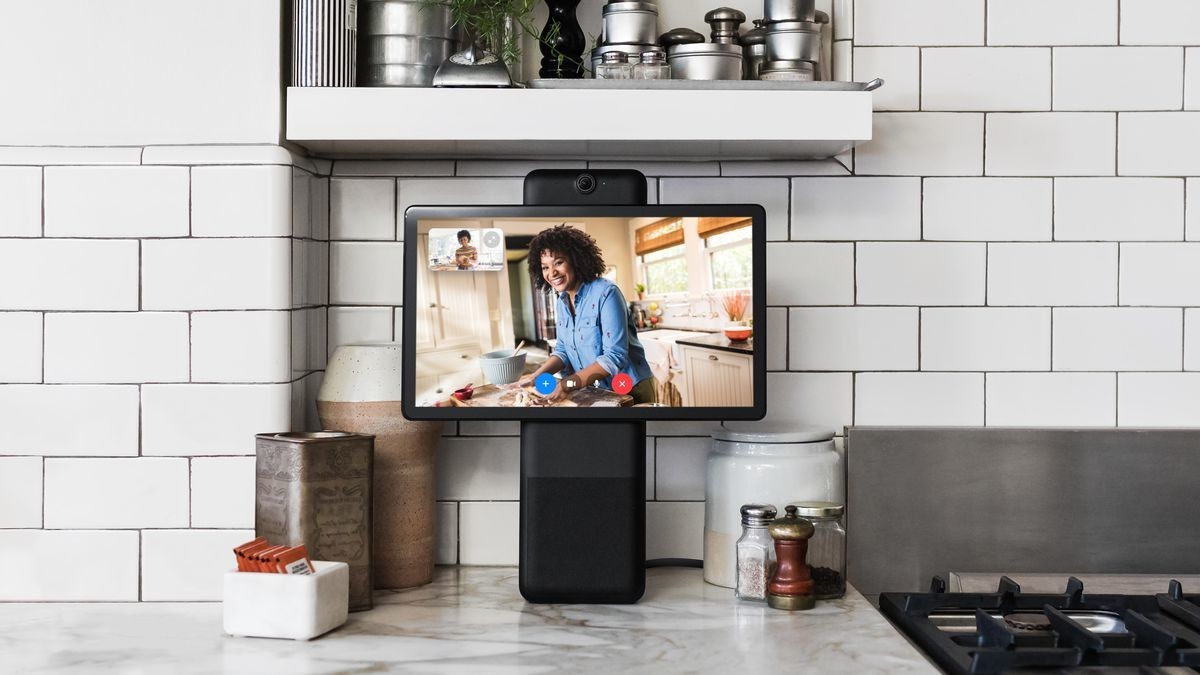 Facebook today launched its first hardware products, the Portal and Portal+. A bit like the Amazon Echo Show, they sit somewhere in your home and allow you to talk to your friends and family through the near-universal Facebook Messenger service.

Judging from the response on Twitter, the Portal is dead on arrival. In fairness, the timing isn’t great. Facebook is currently dealing with a massive security breach, and public trust in the company is at rock-bottom.

Look, it's been a whole 10 days since Facebook announced that almost 50 million accounts got hacked. https://t.co/fcxjsFUIcQ

Facebook Portal THREAD ⚡️
I can't see Facebook selling many Portal devices because:
– Poor track record with privacy and data security
– Bad relationships with news media who will have a field day mocking Facebook launching a new device that has privacy implications

That said, I’m not sure you can write off the Portal just yet. The most obvious reason is that, at the time of writing, Facebook only announced the product a couple of hours ago. There’s also the argument that the perspective of the Twitter chattering classes doesn’t directly compare to public sentiment.

I’ll put my cards on the table: not only does Facebook have a shot with the Portal, I think it’ll succeed where comparable products haven’t..

So, let’s talk about the current Facebook scandal du-jour, which, for once, doesn’t have anything to do with Russian spies or Cambridge Analytica.

Late last month, Facebook announced that unknown hackers managed access the information of 50 million accounts, in the most significant security lapse in the company’s 15-year history. Facebook managed to patch the hole reasonably promptly, and as a pre-emptive measure, it logged out all users believed to be affected.

While the memories of this attack are fresh in everyone’s minds, it’s worth pointing out that Facebook has shown an incredible ability to move briskly past scandal.

In April this year, the company reached a milestone of 2.2 billion users. It accomplished this despite Prism. Despite Cambridge Analytica. Despite the Fake News scandal of the 2016 election.

It shrugged off that. It’ll survive this.

This Teflon quality isn’t unique to Facebook but is instead something common across most big tech companies. Uber survived #DeleteUber. Jeff Bezos is still the wealthiest man in the world, despite the Dickensian conditions in Amazon’s fulfilment centers, or the tax practices of the company that gave him his billions.

Not only will the general public not care about this breach by the time Portal comes out, but they also won’t even remember it.

Although Amazon is yet to release any sales numbers for the Echo Show, it seems probable the overall uptake is pretty tepid, especially compared to the rest of the Echo lineup. During Q1 2018, Amazon sold 2.5 million Echo smart speakers. You can assume that the Echo and the cheaper Echo Dot took the lion’s share of that, with the Show trailing behind.

The Amazon Echo Show lets users call landlines and mobiles, as well as other Alexa users. Facebook Portal, on the other hand, allows people to call 2.2 billion Facebook Messenger users.

In 2017, Facebook Messenger facilitated an astonishing 17 billion voice conversations, essentially doubling its numbers from the previous year. It’s likely that many of those calls will be intensely personal conversations with close friends and family members, as well as work conversations between connected colleagues.

Given the popularity and ubiquity of Facebook Messenger, it stands to reason that many people will pay extra for a better experience. The Facebook Portal promises to deliver that, thanks to its AI optimizations which improve audio quality and auto-pan the camera.

As a bonus, it’s a whole $30 cheaper than the Amazon Echo Show. Oh, and it packs Alexa support, so users aren’t missing out on any voice assistant functionality.

Looking forward, it wouldn’t surprise me to see Facebook launch a version of the Portal aimed at a business audience. Facebook is desperate to penetrate this market, and has been doggedly trying with efforts like Workplace by Facebook, its Slack alternative.

Video-conferencing gear is expensive. At $200, the Facebook Portal isn’t. Plus, it does a lot of stuff that other devices don’t — like AI-powered background noise elimination.

Facebook could use the Portal as an effort to springboard uptake of its collaborative software tools. This approach would give it a serious competitive advantage over its biggest rival, Slack.

And if that fails, it could white-label it and offer it as a platform for third-party video-conferencing software, like Zoom or GoToMeeting.

… and then there’s the hardware

I’m not going to wax lyrical about this because, frankly, I haven’t seen it yet. Facebook only announced the Portal a few hours ago. That said, if Facebook delivers on what it’s promised, we’re in for a treat. The Portal+, with its massive pivoting display, looks especially gorgeous.

Of course, only time will tell if the Facebook Portal is a success. But given the numbers and the product, I reckon Mountain View’s got the potential for a wildly successful product.