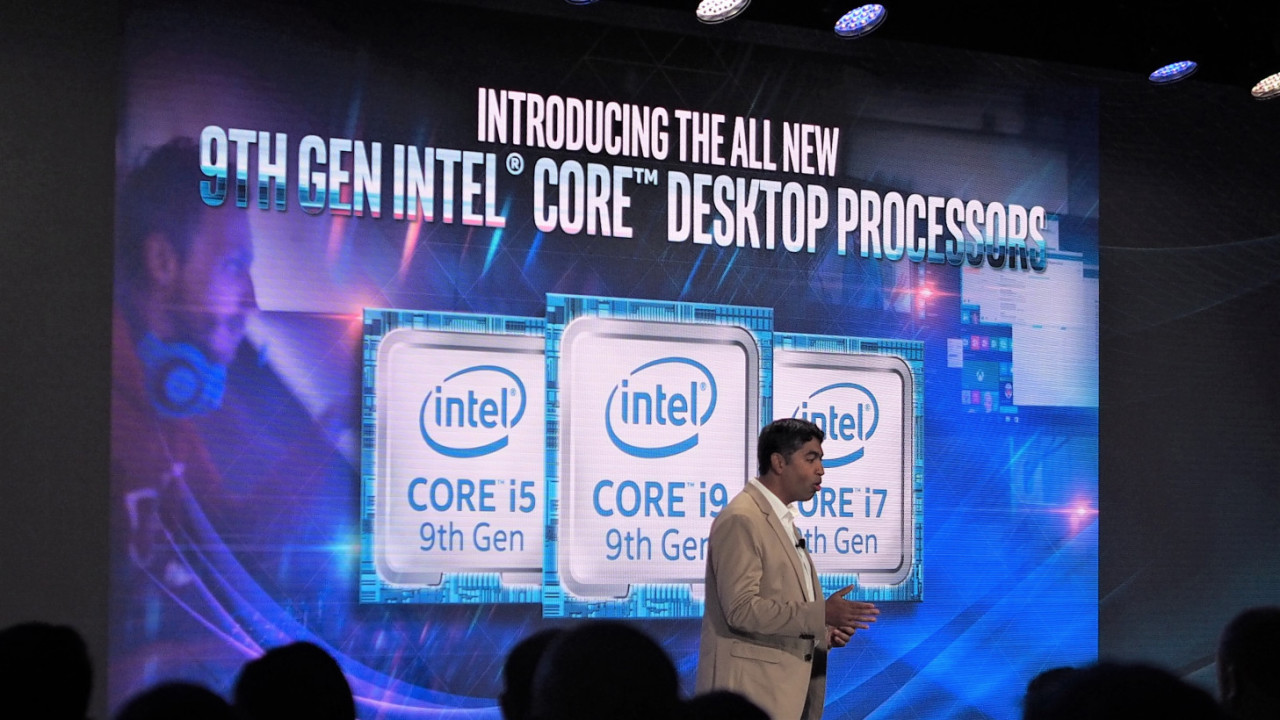 After months of rumors and speculation, Intel announced its 9th generation of desktop processors at an event in New York today. It should come as no surprise that Intel is calling it the “world best gaming processor.”

There are a few notable changes that help Intel achieve a significant performance boost. Most notably, Intel is adding more cores while still using a 14nm(++) process. The new i7 9700K has 8 cores and threads, while the i9 9900K – the first mainstream i9 desktop processor – also has 8 cores but ups the ante with 16 threads. The more affordable i5 model sticks to 6 cores. The chips are operating on a new Z390 motherboard family.

Both the i7 and i9 have base clocks of 3.6 Ghz, but Turbo Boost reaches up to 4.9 and 5.0 Ghz, respectively. That’s the first time a mainstream processor has hit 5 Ghz stock – no overclocking required. Meanwhile, new Solder Thermal Interface Material provides better heat conductivity for improved thermal management and headroom for overclocking.

At this point, it’s probably just easier to show you a slide: 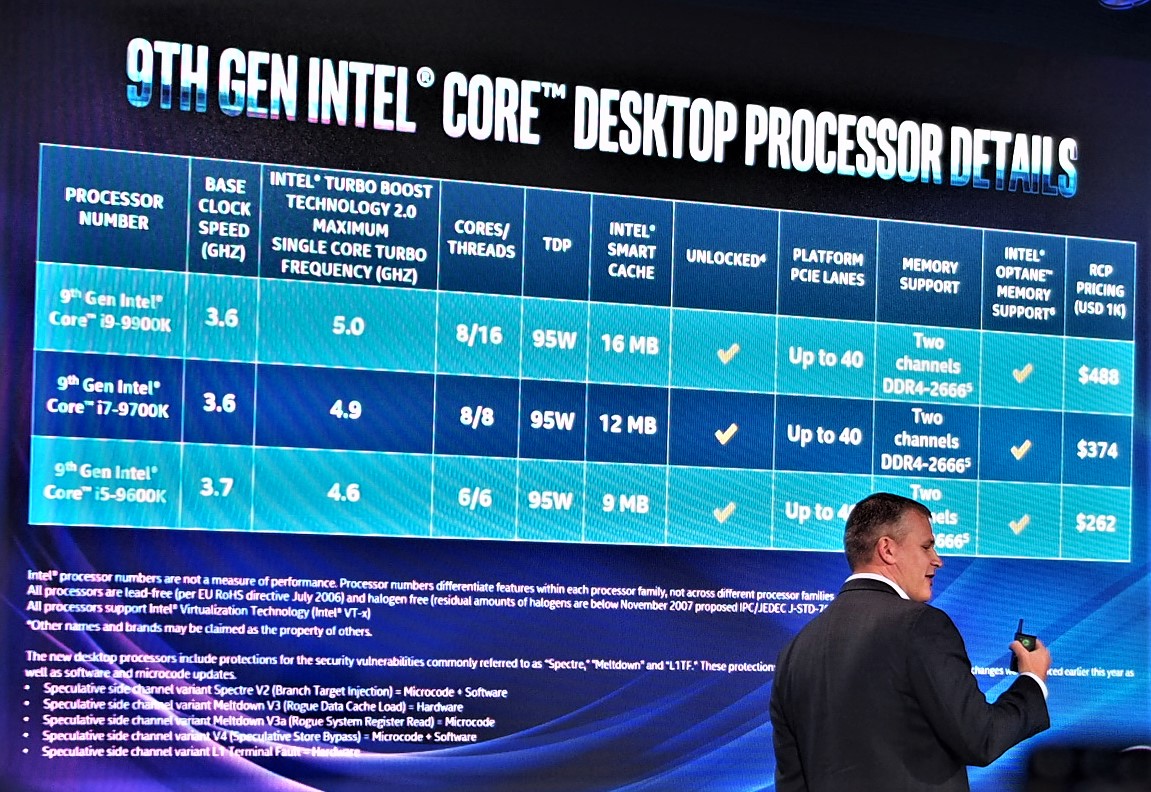 In all, Intel says the new chips should provide around 10 percent higher performance for games (that’s me averaging the metrics for a few titles), and a 34 percent improvement for video work (in Adobe Premiere) compared to the previous generation. Against a 3-year old system – a 6700K – Intel shows around 40 percent gains for gaming and 97 percent for video.

It’s not clear how big of a jump you’d see going to the new i9 processor, as it’s the first of its kind on a mainstream processor, but it’s safe to assume it’d be bigger.

The i9, i7 and i5 will retail with an MSRP of $488, $374, and $272, respectively. Pre-orders begin today, and the processors will be available staring October 19. As a promotion for the new chips, Intel is giving away free trips to major esports and games starting November 5. You can find out more here.