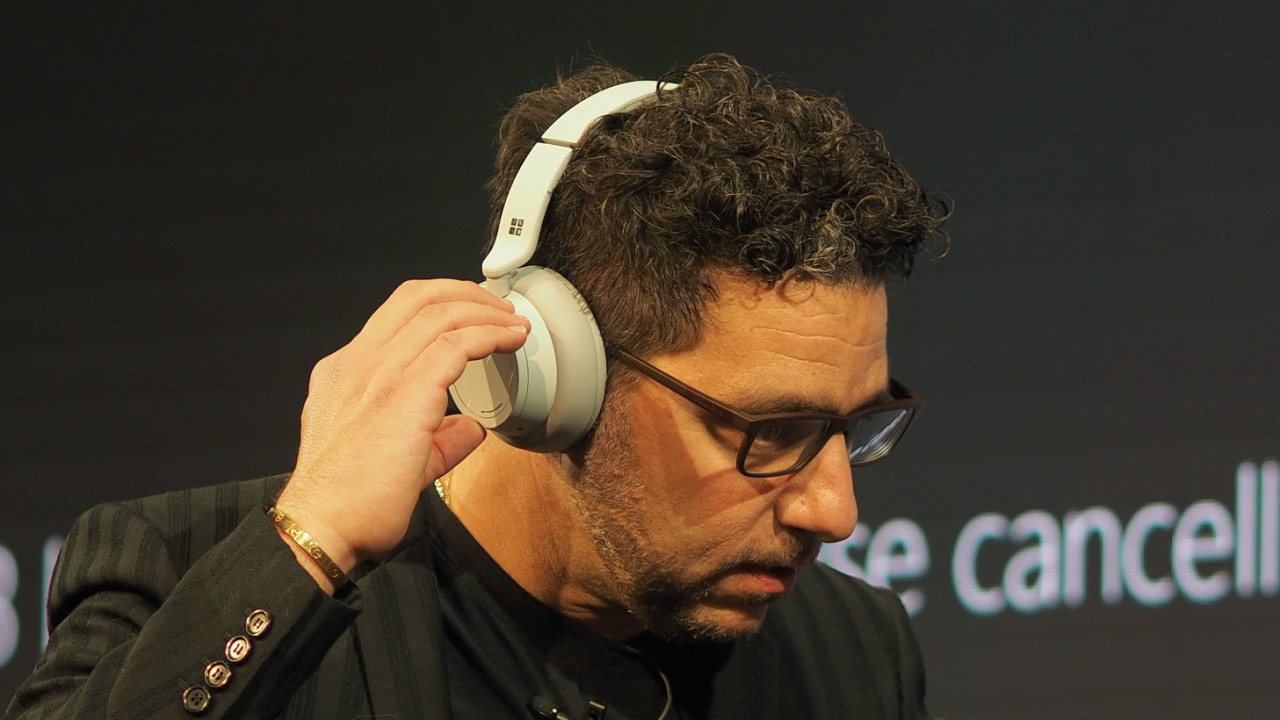 Microsoft had a jam-packed event today, announcing the Surface Studio 2, Surface Laptop 2, and Surface Pro 6. But it had one more major hardware product to reveal: The $349 Surface Headphones.

The company is particular proud of its headphones‘ noise cancelling capabilities. The Surface Headphones have four active noise cancelling mics, and the feature even has its own mechanical dial allowing you to pick from 13 levels of intensity. At its most powerful, the headphones can attenuate sound up to 40 dB. Turn the dial all the way around, and they actually provide a slight boost to ambient sound to better hear your environment – say, if you want to listen to music and still be aware of your surroundings.

Another four beam-forming microphones handle your voice during calls – Cortana is on board as well – while a dial on the opposite earcup controls volume. The cups are also touch sensitive for playback control. As for battery, the headphones are rated for 15 hours with Bluetooth and noise cancelling on. There’s a USB-C port for charging and a 3.5mm jack should the battery run out.

Hopefully all these fancy features translate to sound worth their price tag. Microsoft is using 40mm drivers ‘Free Edge’ drivers – relatively rare in the headphone world – but I’m concerned with the lack of any audiophile-oriented Bluetooth codecs. There’s no AptX, AAC, or LDAC, at least one of which I expect standard on $349 headphones.

Microsoft says it’s running a high quality implementation of SBC and can add other codecs in the future through firmware, but it’s still an odd move given this price bracket includes tough competition like Sony’s audiophile-worthy WH-1000XM3.

The company also hasn’t yet announced availability other than “soon.” We did get the chance to go ears-on with the device during the event though, so stay tuned for our first impressions.