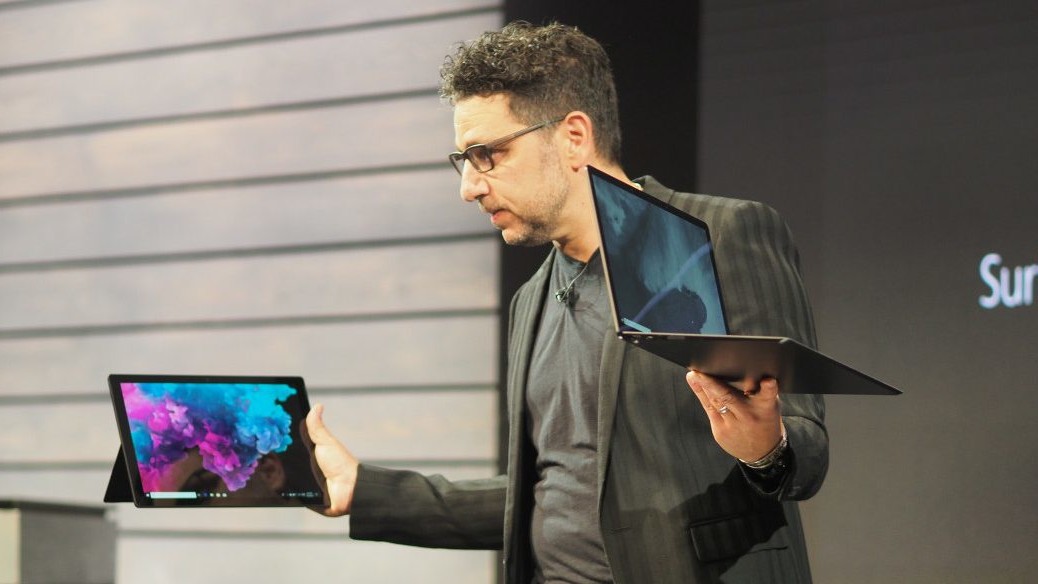 At an event in NYC today, Microsoft announced the latest in Surface line, including the Surface Pro 6 and Surface Laptop 2.

The Surface is back in black. For the first time since the Surface Pro 2, you’ll be able to buy a Surface in a more stealthy finish. Ninjas, goths, and other lovers of darkness rejoice.

For everyone else, the most palpable improvement is in the internals. The Pro is catching up to rest of the laptop industry finally using Intel’s 8th gen processors. These provide a significant improvement over the previous generations thanks to a four-core architecture, as opposed to just two on the previous Pro and Laptop.

While this just brings the Surface Pro to parity with much of the competition, those upgrading from previous pros should see a major performance boost – especially in multithreaded tasks. In all, Microsoft says the new Pro is up to 67 percent faster than its predecessor, while the Laptop shows an 85 percent improvement.

Battery life has also been improved, at 13.5 hours for the Pro and 14.5 for the Laptop. The screens on both laptops also feature an upgraded contrast ratio over their predecessors, but there’s little else in the way of upgrades. There’s still no USB-C on either model, even though both last year’s Surface Book 2 and this year’s Surface Go have added it. On the plus side,  the Core i5 Surface Pro now starts at a lower price of $899 with 8GB of RAM and 128 GB of storage, which is a reasonable configuration for many users.

The devices are available for pre-order now and will be released October 16. In the meantime, we were able to get some hands-on time with the devices at Microsoft’s event, as well as the new Surface Studio 2; you can go here to read our extended first impressions.