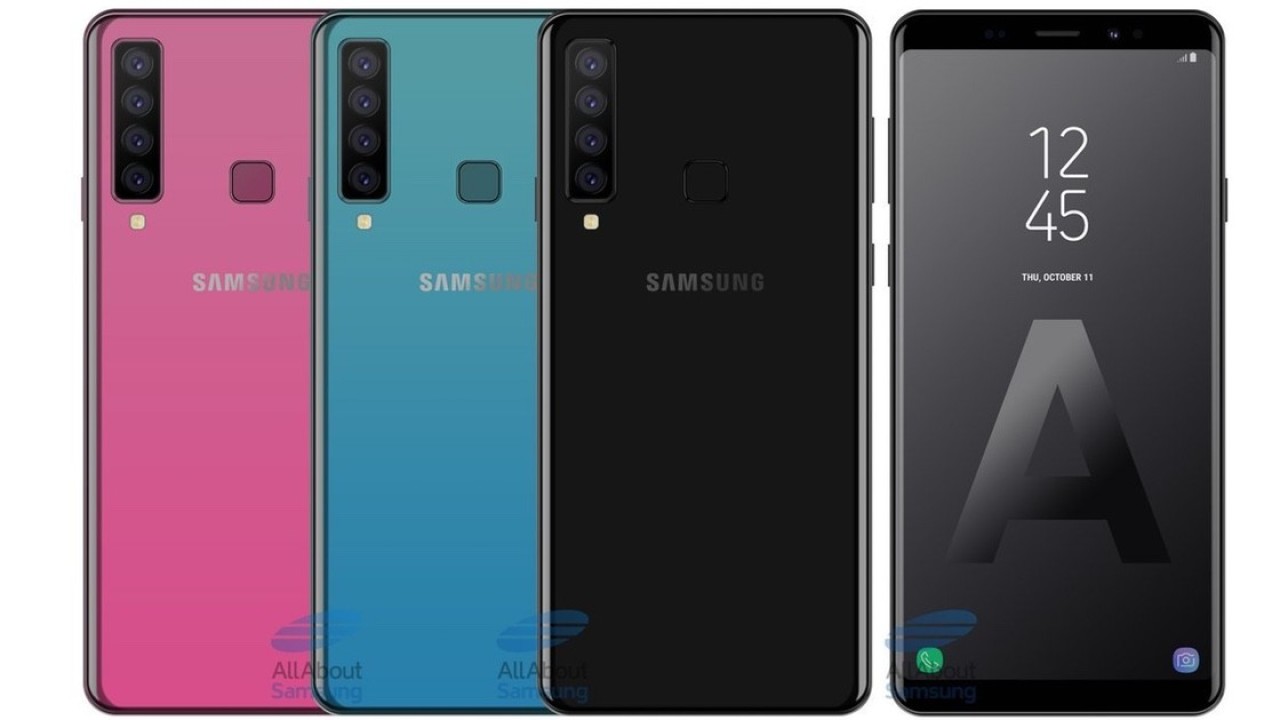 Update 10/10: Venturebeat reporter (and prolific phone leaker) Evan Blass has shone light on the functionality of the four cameras. The Samsung A9 Star Pro reportedly features a 24-megapixel main camera, complimented by a 10-megapixel telephoto lens with a 2x optical zoom, an 8-megapixel ultra-wide camera, and a dedicated 5-megapixel depth camera. The phone will be formally unveiled at an event in Kuala Lumpur, Malaysia tomorrow.

It seems that Samsung is set to push the limits in photography with mid-range phones. According to a leak from SamsungMobile.News, Samsung will be launching its first phone with four rear cameras – Galaxy A9 Star Pro (2018) – on October 11.

The cameras will be placed vertically on the left with LED flash underneath them on the back of the phone. Samsung earlier teased a possible quad-camera phone with an invite which said ‘4X Fun’.

The phone will supposedly launch with black, blue gradient and pink gradient colorways, and a $580 price tag.

Rumors suggest that the company will launch another phone named Galaxy A7 (2018) with three cameras and a side-mounted fingerprint sensor at the same event. The phone will likely get a Qualcomm Snapdragon 600 or Snapdragon 710 processor with 4GB RAM, which means this will be a mid-range affair.

There have been reports of Samsung killing off the budget J-series and merging it into the A-series as well. If all the leaks are correct, this will mark the first time when a mid-range phone will sport more than two cameras – setting the bar high for upcoming phones.

Smartphone companies are trying to put more and more camera sensors in a phone to compete with DSLR cameras. With Huawei’s three-camera P20 pro wowing the customers in recent months. and rumors of a five camera Nokia phone floating around, these are exciting times for mobile photography enthusiasts.