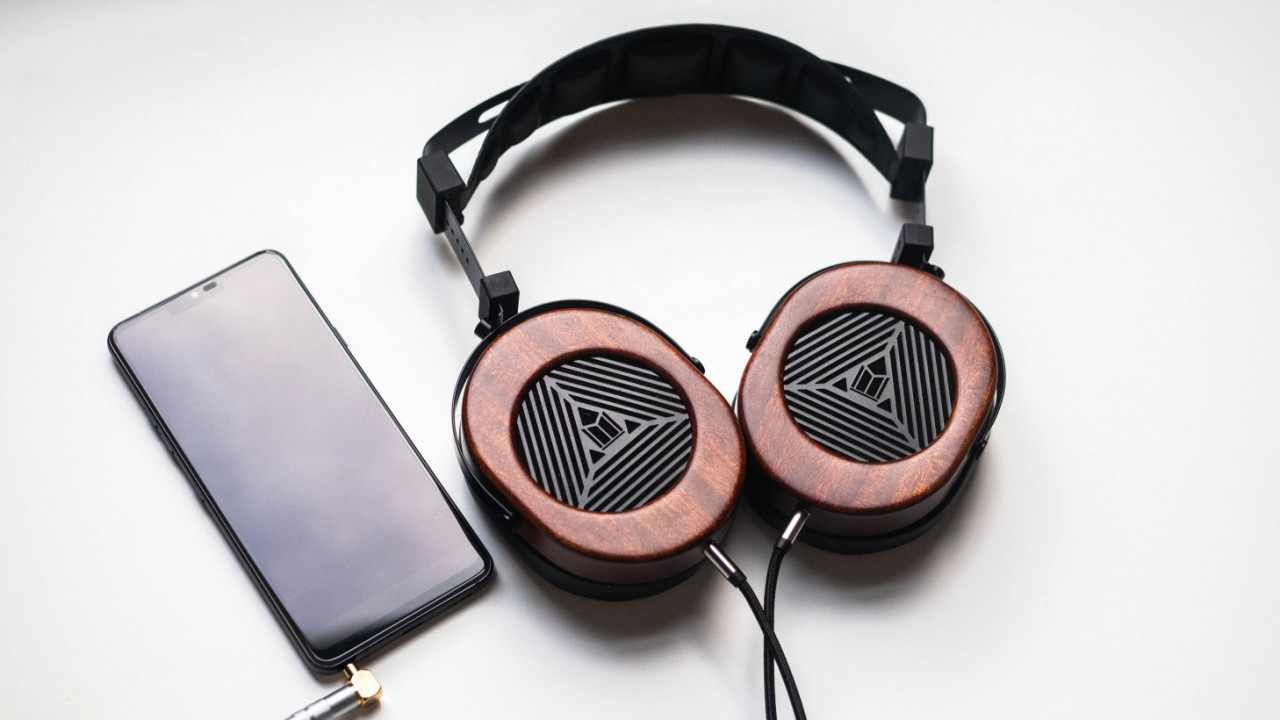 Dissect a random pair of headphones and there’s a good chance you’ll see something like this: a cone-shaped diaphragm speaker placed in front of a metal coil magnet. This basic design has been the foundation for most speakers and headphones for roughly a century; you’ll find it in everything from everything to the cheapest earbuds to the most expensive hi-fi setup.

But headphone companies have branched out in the past decade or so. In particular, headphones using something called planar magnetic drivers – particularly those from Audeze and Hifiman – are darlings among audiophiles thanks to promises of deeper, tighter bass and improved soundstage. Once exclusive to thousand-dollar headphones, planar magnetic headphones have come down to much more accessible prices over the past few years.

Which brings us to the subject of this post. At $200 ($170 at the time of writing), Monoprice’s M565 are a high quality, relatively affordable gateway into the world of planar magnetic headphones.

It’s in the name: unlike the aforementioned cone-shaped drivers, planar magnetic drivers are flat as a pancake. Hence the ‘plane’ part of ‘planar.’

While planars are still powered by magnets and coils, the flat diaphragm purportedly has a variety of benefits, including, deeper and tighter bass, a more realistic soundstage, and less distortion at high volumes. You can read up more here and here. Of course this all depends on the individual implementation, but in my experience planars tend to consistently have a recognizable sound to them.

The caveats are largely practical: Planar magnetic headphones tend to be larger, heavier, and more expensive – in part because the tech is much younger.

The M565’s address these three points. They’re large, but not bigger than your average stay-at-home headphone. They’re not uncomfortably heavy, and the headband distrubutes the weight well. The headphones come in both open-back and closed back models, though I was only able to test the former. The wood and metal frame feels well-built – I’ve been using the regularly M565s for a few months now and there’s no sign of them letting up. Naturally they leak noise and let outside noise in, although a bit less than some other open headphones

Most importantly, the $200 price makes it among the most affordable planar magnetic headphones out there.

Planar magnetic headphones tend to share some acoustic qualities, but the design doesn’t guarantee good sound quality. Thankfully like many of Monoprice’s other products, the M565 punch above their price category.

How do they sound?

When thinking of how to describe the M565’s, the word ‘weight’ comes to mind. The headphones have a thick, dark sound, that might be a bit surprising for those used to the dryer analytical sound of most audiophile-oriented headphones, but they do so without sacrifice detail. It’s an engaging, easy-to-enjoy sound while presenting plenty of nuance if you’re looking for it.

Bass is the heart of the M565’s sound. Not that it’s overbearing, but it’s clear Monoprice’s tuning meant to emphasize the low end. It has an enveloping impact, but remains tight enough to not get lost during busier tracks, and extends well into sub-bass despite their open nature. For those of you that like to be able to hear bass guitars as clearly as the rest of the band – or say, the cellos and double basses in classical – these are the headphones for you.

The midrange is smooth and velvety, well textured. The thick sound might make them sound a little veiled at first – I’m used to brighter headphones – but it didn’t take long to get to used to it.

Treble is slightly rolled off, but unlike many dark-sounding headphones, it never gets really gets lost behind other frequencies. Hi-hats have a well-defined sparkle, but aren’t going to make you flinch after a loud crash. That means the M565 never get sibilant or fatiguing for long sessions, and theyre forgiving of lower quality recordings too.

The soundstage is good. It’s not the widest I’ve heard for an open back headphone due to their thicker sound and rolled off treble, but the M565 still do a good job of instrument separation and depth, and will outperform most closed back headphones anyway. They don’t trap sound inside your head, but think more intimate music venue than grand concert hall.

For some context, let’s compare the $200 M565 to the $349 Sony 1000XM3, one of the best consumer-oriented headphones right now. Despite very different tunings – the Sony is much brighter by comparison – the M565 sounds more transparent, with less splashy treble and tighter bass. This isn’t a knock against the Sony, mind you; it’s packed with features and I actually prefer its overall tuning. It’s just an illustration of the better value on pure sound quality offered with the M565. Even among audiophile headphones, I found the M565 to be atleast ‘sidegrade’ level with the popular Sennheiser HD6XX series. Nowadays those are considered ‘mid-fi,’ but it was just a few years ago they were Sennheiser’s best headphones.

One practical note: Though they can get loud enough with most smartphones and PC, they probably won’t sound their best. Like many planars, they have a relatively low impedance, but really benefit from an amp or otherwise powerful source. Vocals can sound a little congested and the soundstage smaller. LG’s G7 is the only smartphone that really did them justice, but they still scaled well through my desktop’s more powerful output.

If this is your first foray into audiophile gear – that is, headphones that prioritize critical listening over convenience – the M565s are a great gateway drug.

They’re at once smooth and easy to listen to, but have more detail than similarly priced headphones, especially those aimed at consumer. Their particular frequency response might be too dark for audiophiles who prefer an analytical sound, but they’re a strong recommendation for someone looking for a fancy set of headphones to leave at home.