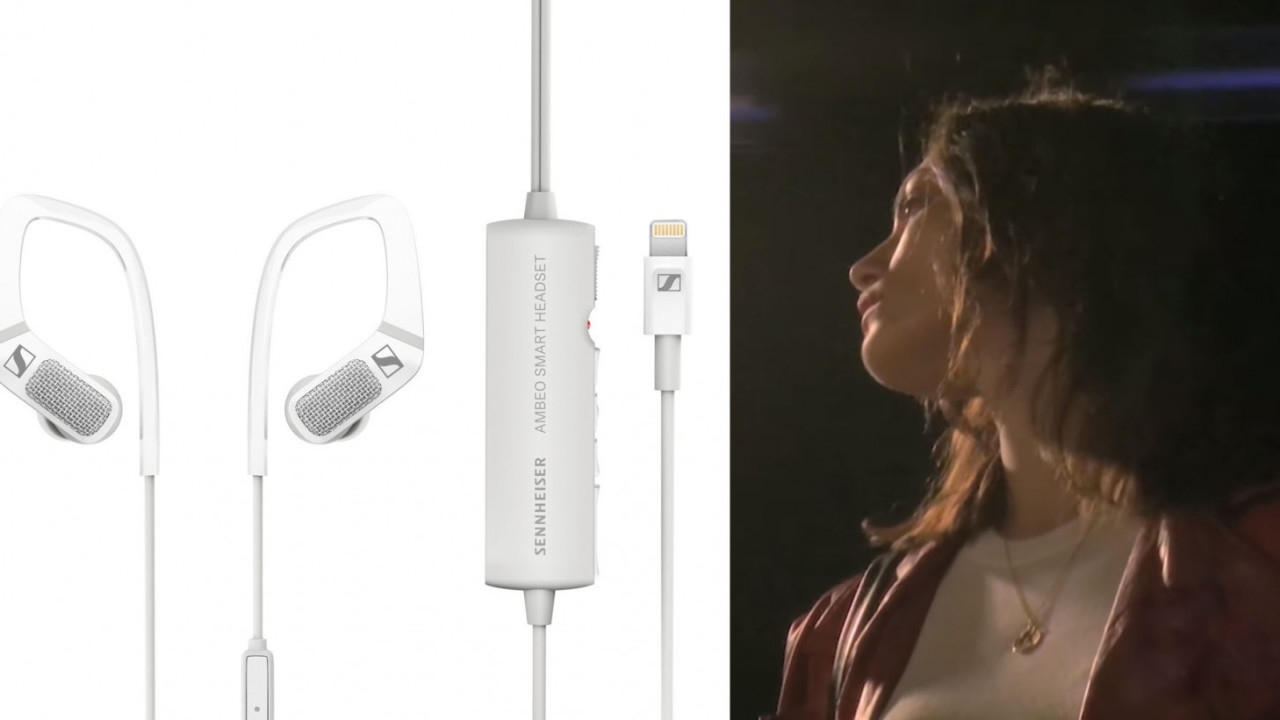 In a world where everyone wears headphones, it’s curious that binaural audio is so rare. The technology can create a 3D soundscape more realistic than the best home theater set-up, and yet hardly any music or movies take advantage of it.

In the last couple of years, that’s finally started to change.

Positional audio is more prominent thanks to the advent of VR. Where recording in binaural once required complicated setups and expensive gear, products like Sennheiser’s powerful Ambeo Smart Headset make it more accessible than ever.

Don’t make my word for it though. Sennheiser partnered with director Roxanne Benjamin to create Final Stop, a short thriller film recorded with nothing but a smartphone and the Ambeo, shows off the artistic potential of the medium.

It’s 7 minutes long and is worth the watch, especially if you haven’t heard binaural before. Remember, you’ll need headphones – speakers won’t create the same effect. Don’t worry about needing fancy headphones though, the effect should be convincing even with a cheap pair of earbuds.

Let’s back up a bit. If you’re not familiar, binaural audio is a way of recording directional sound using microphones embedded in a dummy head’s ears – or an actual person’s – as in the case of the Ambeo. This is different from traditional stereo microphones in that allows sound to be modified as it travels through the head, so each ear picks up slightly different sound from the other.

When you listen to a binaural recording, your brain processes the differences in each ear – the same way it would for the real world around you – to create eerily accurate directional cues. The only problem is that binaural recordings often don’t sound great when played back through speakers, and can be harder to mix. But when done right, the effect is remarkable.

The $300 Ambeo headset launched last year as one of the most accessible ways of recording binaural audio to date. It’s currently exclusive to iOS devices as it uses Apple’s Lightning connector, but a Sennheiser representative tells me an Android version is still planned for 2019.

The Ambeo headset consists of a pair of audiophile-worthy earbuds with active noise cancelling, but also has a microphone in each bud for realistic positional audio. It’s certainly not the first pair of binaural earbuds, but it’s the most complete package I’ve seen.

Make what you will of Final Stop for its storytelling – I enjoyed it, despite its marketing purposes – but I think it does a good job of showcasing how binaural audio can be used for creative effect.

In terms of positioning, binaural can outclass surround speakers by not just conveying sound around you (or above you, as with Atmos), but also a realistic feel for distance – something used to great effect in the Tony Award winning show The Encounter. It’s a shame Final Stop didn’t make use of this particular aspect of binaural more – it can be incredibly creepy – but check out this demo track to hear what I’ve mean. Consider yourself warned.

But while it provides a new set of creative opportunities, binaural comes with its own hurdles. For example, where do you want your acoustic perspective to come from? Do you adjust sound every time the video cuts to a new angle?

That’s an issue regular films theoretically deal with as well, but it’s exacerbated by the first-person realism of binaural. Where a regular movie tends to create more of a general soundscape that blends from scene to scene, binaural sounds more like actually being there, so rapidly shifting perspectives can sort of feel like jarring teleportation.

As with any emerging technology, that’s something for the creators to deal with. Though the Ambeo doesn’t create a binaural effect as convincing as, say, an $8000 Nuemann KU100, I think it’s pretty amazing what it can achieve for its price as an all-in-one, $300 package. Hopefully it’s just the start of what’s to come

Now if only Sennheiser could hurry up with that Android version…