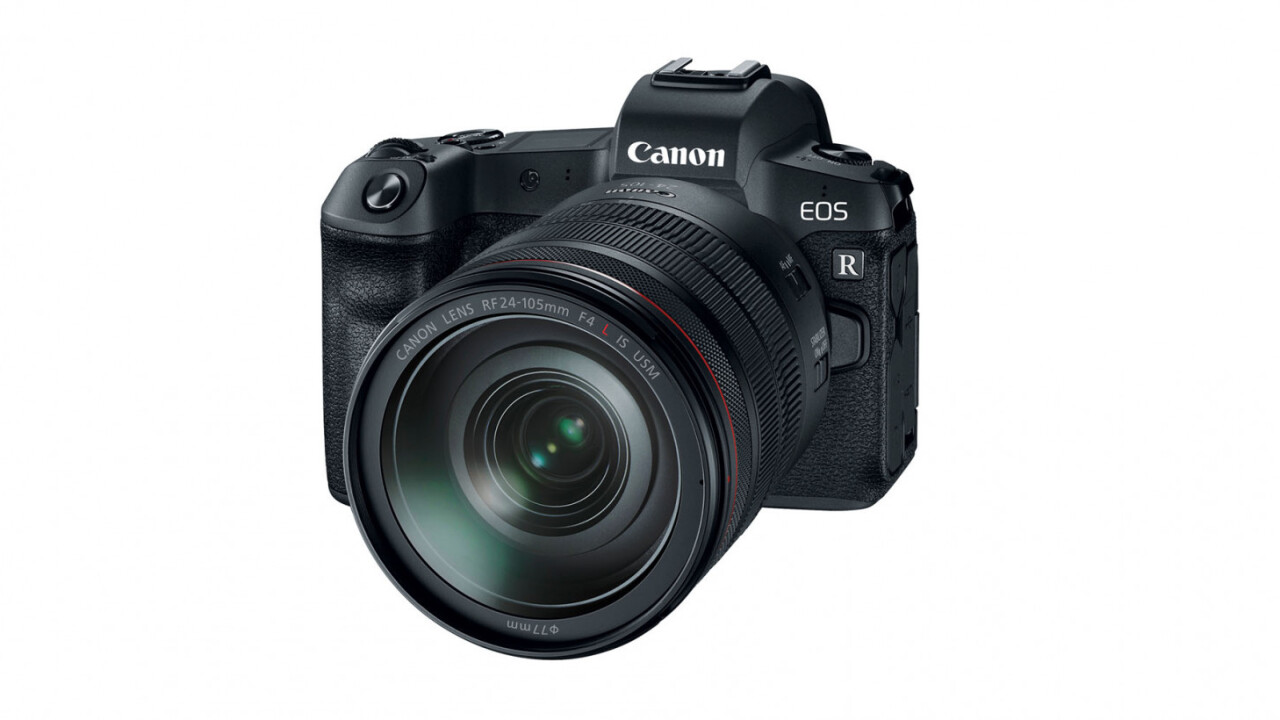 Hot on the heels of Nikon’s first full-frame mirrorless cameras, Canon is announcing its own: the EOS R. After releasing half-baked mirrorless products through its EOS M line – likely in an attempt to avoid cannibalizing its DSLR sales – the company appears to be embracing the format in its entirety.

It looks a lot like a slimmed down SLR, and comes with a 3.2-inch articulating touchscreen. Bluetooth and Wi-Fi are built in, while you have an HDMI, USB-C, remote, headphone, and microphone ports for connectivity. Yet strangely, video is limited to 4k/30fps with a 1.7x crop. Unfortunately, it doesn’t seem like a great choice for film makers right now.

While the camera itself fairly standard as far as mirrorless goes – it’s just the first in a new system, after all – Canon seems to really be paying attention to its new lenses. By December, the following four lenses will be available:

A four lens launch may not sound like much – and they’re all very expensive – but it’s the unique qualities of the lenses that stand out. Canon is doing with mirrorless what it couldn’t achieve with a DSLR’s constraints, and that’s kind of the point. And as expected, you still have access to all of Canon’s EF lenses as well – which the company says will perform as well on the new mount as on older cameras.