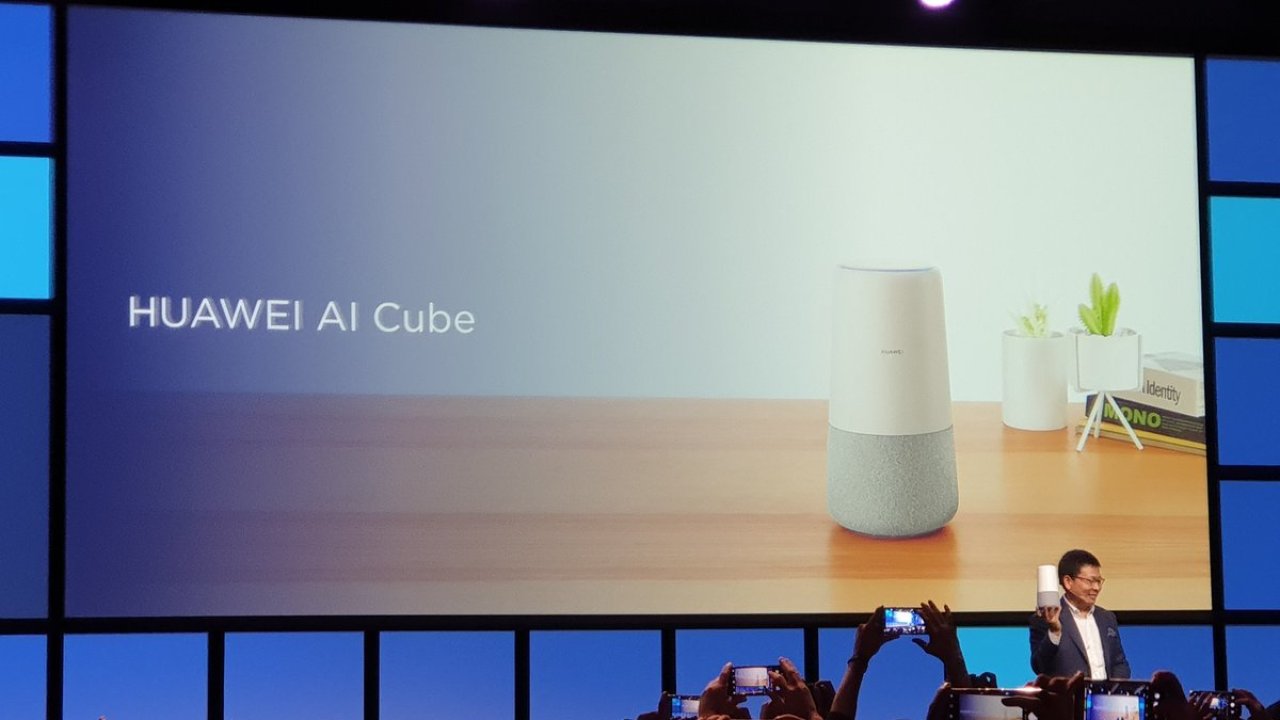 Amazon’s Alexa is a bit like the consumer tech version of herpes (but in a good way). Like any highly contageous condition, it’s spreading rapidly, finding new devices to infect. Anker, for example, has managed to shoehorn Amazon’s AI voice assistant into a USB car charger and a Bluetooth speaker.

Not to be outdone is Chinese tech megabrand Huawei, which today announced its latest Alexa-powered smart speaker, the AI Cube, at Berlin’s IFA 2018 tech trade show.

The AI Cube is a really bloody weird one. Firstly, because it’s not shaped like a cube. Yes, you read that right. Like the Amazon Echo, it’s a near-perfect cylinder.

Here is a weird one. It's the Huawei AI Cube, an #Alexa powered smart speaker. Except, it's not a cube. Amusingly, it said in tiny letters at the end of the promo video "product shape may be different!" 😆 #IFA2018 pic.twitter.com/tl1xcCLr7W

world's second largest smartphone maker doesn't know the difference between a cube and a cylinderhttps://t.co/RAkzszCAXt

That’s not to say it’s ugly. Perish the thought. The Huawei AI Cube is sleek. The Chinese tech megatitan has made pains to ensure all ports and other unsightly carbunkles are hidden from view, and I can imagine it simply melting into the background of a house. It’s just… y’know… not a cube.

That’s something seldom (if ever) seen in a smart speaker, but it makes a lot of sense given Huawei has a long pedigree in networking gear. Before Huawei became a globaly recognized phone brand, it was known for its line of mobile Wi-fi hotspots.

But it also makes sense. 4G data plans are simultaneously getting cheaper and more generous, making them a viable alternative to traditional landline based Internet connections.

The Huawei AI Cube supports LTE Cat6 speeds (300Mbps down). It also boasts compatibility with 802.11ac, which means it’s dual band, and capable of working on 2.4GHz and 5GHz channels. In terms of LAN performance, users can expect data transmission speeds of up to 1,200Mbps.

In terms of the speaker, Huawei has manaaged to cram a single 400ml sound cavity and an aluminium diaphragm into the AI Cube. While you can forget about any fancy stereo effects, Huawei promises solid performance on the low-ends and mid-ranges.

This is augmented with Huawei’s proprietary Huawei Histen technology, which allows the user to excise more control over the sound preferences, while adding features like far-field voice recognition, which is crucial for the smart speaker part of the product.

All things considered, it’s a pretty interesting bit of kit. I can definitely imagine it offering value to the many who have ditched traditional landline- and cable-based Internet for LTE-based alternatives. Rather than having two separate devices — a router and a smart speaker — they can combine the two, thereby saving space.

Pricing and availability is yet to be announced. Keep an eye out on Plugged for further updates.