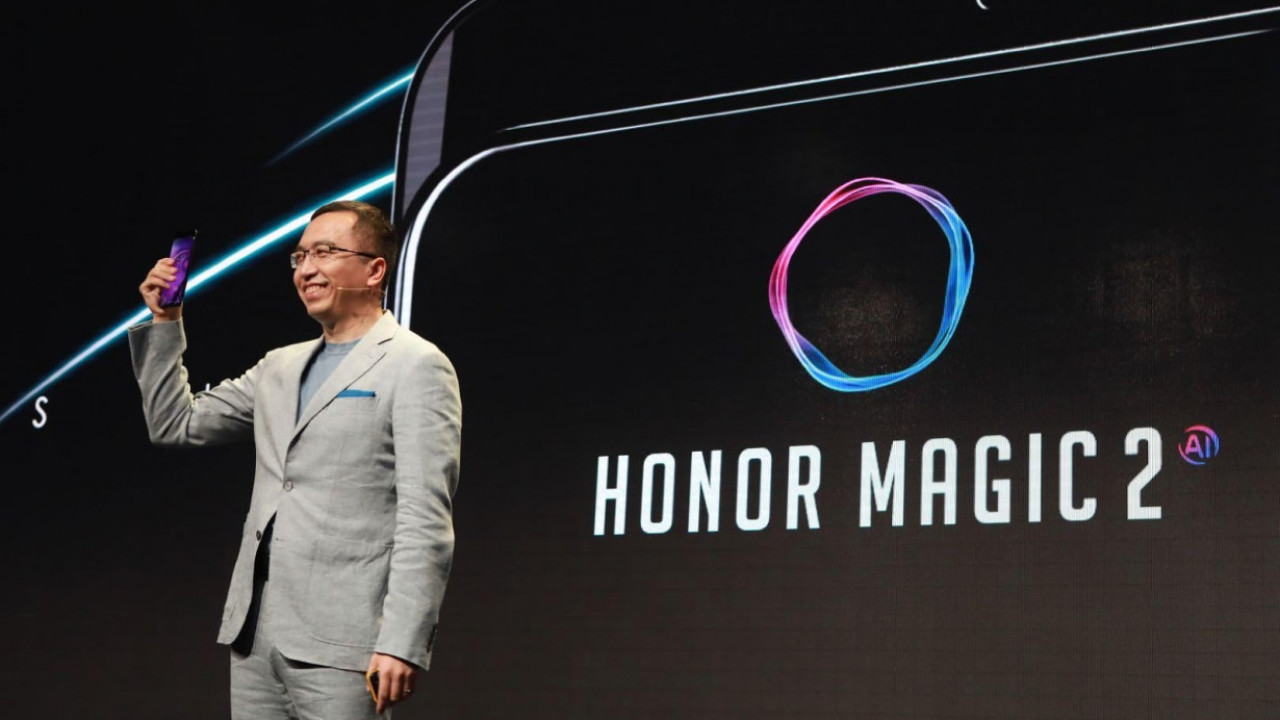 The Honor Magic 2 is somewhat of a departure from Honor’s typical fare, which usually floats within the low-to-upper-mid ranges of the smartphone market. It’s decidedly high-end, with specs and design innovations to match.

For starters, it boasts a completely notchless full-view screen, with an almost 100 percent screen-to-body ratio. This is accomplished by putting the front-facing camera and speakers on a pannel that slides up during use.

The return to straightforward rectangular screens will be welcomed by many, myself included, although it’s worth pointing out that Honor isn’t exactly a pioneer of this design concept. It can be found on OPPO’s Find X flagship. Even budget Chinese phone maker Doogee is working on something similar.

Honor kept quiet about hardware specifics, although it did say that the upcoming device will use Huawei’s upcoming Kirin 980 silicon. That’s not too surprising, when you consider Huawei owns Honor, although both companies operate fairly independently.

The Kirin 980 is a pretty high-end chip. For starters, it’s the first commercially-available chipset manufactured using a 7nm process. According to Huawei, it’ll be 20 percent faster and 40 percent more efficient than its predecessor, the Kirin 970, with cores that can reach 2.8GHz.

In addition to the Honor Magic 2, the Kirin 980 chipset will be deployed on devices like the upcoming Huawei Mate 20 series. This gives you a sense of how high-end it actually is.

Honor was also eager to tout its 40W charging support, which will allow users to reach a full charge faster, and comes with 15 different safety features.

Sadly, that’s all we know, as Honor is yet to announce pricing and availability details. That said, we’re really excited.

Honor is exceptionally proficient in launching aspirational mid-range phones. The Honor 10 is easily one of the best phones in its price bracket, and it stands up almost four months after its release. The company’s sales figures, which are up 150 percent, are testament to this.

I’m really excited to see how it tackles the high-end of the phone market, which has traditionally been dominated by titans like Huawei, Samsung, and Apple. It’s a bit early to say, but the Magic 2 could be the next big thing in mobile.