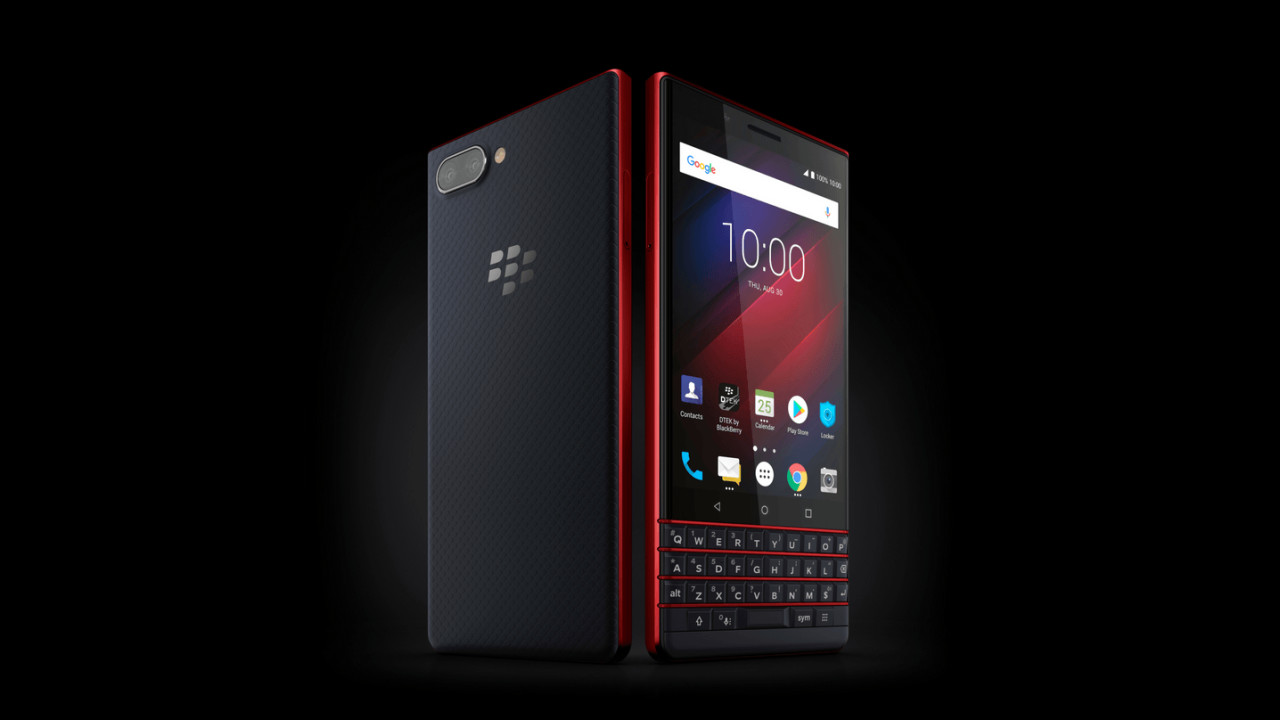 The BlackBerry Key2 LE is a reworking of the phone released by TCL earlier this year, in order to bring it to a more palatable mid-range price point, and honestly, there aren’t too many surprises here. As is the case with virtually every single phone release nowadays, the pertinent details leaked out long before its release.

It keeps the same (and incredible) physical keyboard found on the Key2 LE, which boasts delightfully clickable keys that are 10-percent deeper, as well as the “Speed Key.” This handy feature lets you quickly flit between applications simply by tapping a pre-defined button on the keyboard.

One big compromise is the keyboard is no longer “touch enabled,” meaning users can’t scroll through webpages simply by caressing the keyboard. This is a bit of a bummer, but I don’t think it’s a dealbreaker. Honestly, as much as I enjoyed using it, ultimately I felt like a bit of a white-elephant, as it isn’t fast or responsive enough to be useful. You’d be able to scroll faster simply by reaching a little further and touching the screen.

In the spirit of previous budget-oriented BlackBerry phones, like the Q5 and the Curve, the Key2 LE comes in a variety of distinctive color options: Atomic, Champagne, and Slate (or, for normal people who don’t work in marketing: red, copper, and black).

In terms of software, the BlackBerry Key2 LE isn’t too far removed from its more expensive older sibling.

The biggest differences are found under the hood, where it packs 4GB of RAM (reduced from 6GB), a slower Qualcomm Snapdragon 636 CPU, and a 13+5MP rear-facing camera (downgraded from 12+12MP).

Battery capacity has similarly been reduced from 3,500mAh on the Key2 to 3,000mAh on the Key2 LE. That’s still fairly respectable, and TCL says users should get about 22 hours on a single charge. In my experience of using the original Key2, I’d say that’s about right.

There’s also a 64GB variant, which sells for $449 in the US, €429 in Europe, £399 in the UK, and $579 in Canada. Before you stump up for the more expensive variant, it’s worth mentioning that the Key2 LE has a hot-swappable MicroSD port, allowing you to add extra storage that way.

With the new playful color schemes, you could be forgiven for thinking that TCL wants to return to the mass-market success of more populist devices like the Curve, but I don’t think that’s what happening here.

Instead, by bringing the price down, but keeping the high-security features that are the hallmark of the BlackBerry brand, it makes it more palatable for enterprise punters who otherwise would have been deterred by the steep asking price of the original Key2.

It does this while ensuring the Key2 retains its premium standing. But I do worry that the two devices are so similar, the TCL LE might ultimately end up cannibalizing sales of the more expensive phone.

After all, it’s 2018. The remaining market for phones with physical keyboards is vanishingly small. It remains to be seen if it can cope with two rivaling devices.

We’ll be reviewing the BlackBerry Key2 LE in the coming weeks. Keep an eye out for our coverage on Plugged.