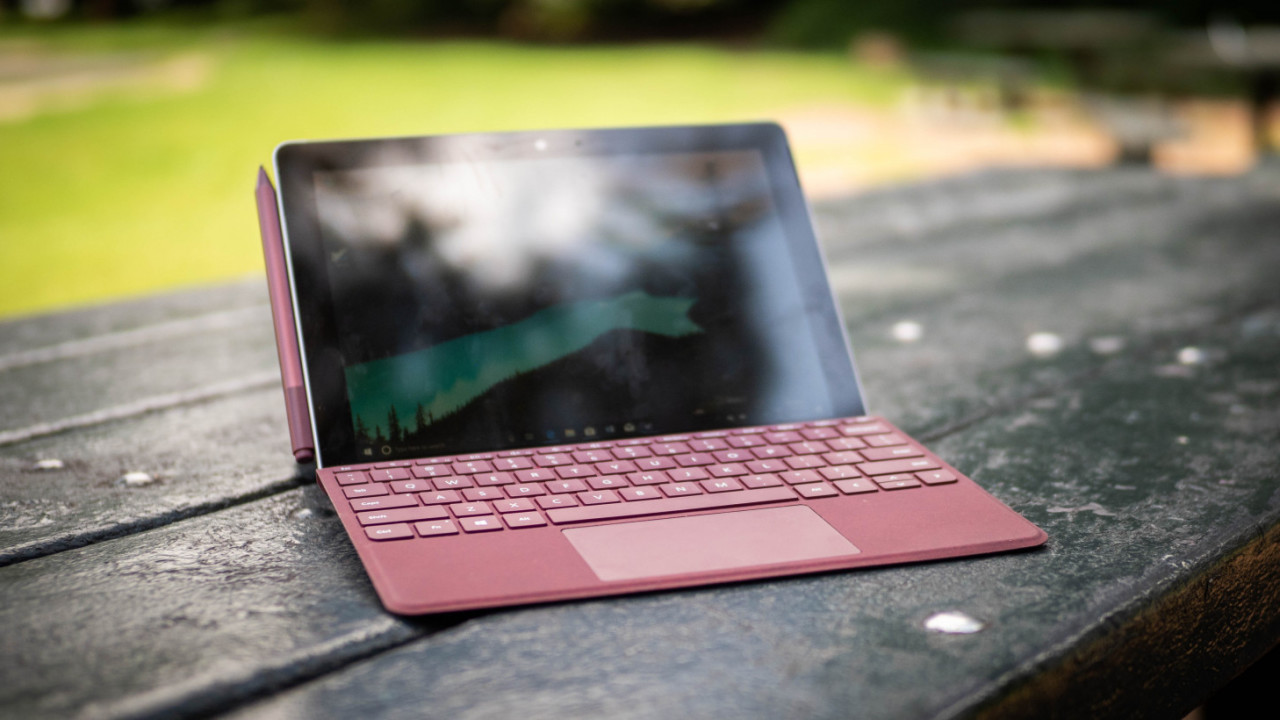 Before there was a Surface Book, Surface Studio, or Surface Pro, there was just the Surface.

It’s been over three years since Microsoft last updated its smallest and cheapest series of devices, but it was worth the wait. Armed with a budget price and solid performance, the Surface Go, now on sale, feels like the computer Microsoft has been trying to make since the original.

It’s about time. Though the OG Surface basically invented the modern 2-in-1 PC, it was crippled by Windows RT and lived in the shadow of its more powerful siblings. And even if I was quite fond of 2015’s Surface 3, its middling performance turned off many potential buyers. Ironically, the mainline Surface series was seemingly the least popular.

Enter the Surface Go, which is basically the Surface 4 that never was. Fresh hardware amps up performance, and a $400 starting price ($500 with the keyboard) makes this Surface more accessible than ever. I’ve only had the chance to use it for a few days so far, but I can already tell its my favorite Surface PC yet.

To me, the defining feature of the Surface family is versatility, and the Go is all about versatility.

It comes down to the size: the Surface Go is small and light enough to take pretty much anywhere. In fact, it’s remarkably close in size and weight to the 10-inch iPad. That means you get the convenience of a standard tablet, but you can run full-fledged Windows on it too (disabling S Mode to install apps from outside the Windows Store takes less than a minute).

The size difference between the 10-inch Go and and the 12-inch Surface Pro may not seem like much, but it has a big impact on when and where I choose to use the computer. It affects how often I’m willing to carry it to a coffee shop, to use it to read on the subway, or to bring it into the kitchen while cooking. Its notebook-like size also means I instinctively want to read stuff in vertical mode and jot down notes more often.

Though the Surface Pro may be more powerful, I’d argue the Go strikes a better balance between tablet and laptop. It’s a shame Surface ‘Book’ is already taken, because I think it’s the Go that best replicates the experience of pen and paper.

Any small PC has inherent compromises, but Microsoft keeps them to a minimum here. The keyboard is smaller than a normal laptop’s, but is actually kind of fantastic. It has super clicky keys I’d take over a new MacBook’s any day, and as always, I love Microsoft’s use of Alcantara fabric. The trackpad is actually larger than the one on the most recent Surface Pro. And Microsoft didn’t cut corners on the rest of the build either; the Surface Go feels more premium than a $400 device has any right to be.

I do have a few complaints about the hardware. The 1,800 x 1,200 display – while far better than most at its price – is flanked by larger-than-necessary bezels (even for a tablet). The speakers, while boasting surprisingly good quality, are a bit low on volume. And though the move to USB-C is welcome, it would’ve been nice to include a USB-A dongle like other Windows OEMs do.

The best thing I can say about the Surface Go for its performance is that, well, there isn’t much to say. It sits comfortably in ‘good enough’ territory, and I don’t sigh relief when I switch to a more powerful device. The Pentium Gold processor is a big step up from the Surface 3’s Atom, and it certainly suffices for everyday tasks. I can do some Photoshop work, browse the web, and watch videos without a hitch. And while integrated graphics aren’t much to write home about, the HD615 is enough to play lighter games like CS:GO or Overwatch at low settings.

Keep in mind I tested the $550 8GB RAM / 128GB model; multi-tasking will take a hit with the 4GB /64 GB base unit. It’s also worth noting that the latter configuration uses slower eMMC storage technology rather than the zippier NVMe. I’m not sure that’ll make much of a difference for the Go’s intended audience, but I think it’s safe to say you should go for the higher end model if its within your means. That said, you can always add storage via a Micro SD card if you’re more concerned with space than drive speeds.

Battery life is rated at 9 hours of video playback, but that’s usually a rather useless benchmark. Since I’ve only had the device for a few days, I’ll hold back conclusive statements until I’ve had more time to test it. But so far, I’ve had no trouble getting through 5+ hours of constant usage.

Better yet, it charges rather quickly with either included Surface adapter or a high-wattage USB-C charger. It’s great to be able to use the same charger for your phone as your PC (if you have an Android device, anyway). And if you find yourself needing more juice, a small USB-C power bank should do the trick.

Let me be clear: you can definitely get better specs for the money, especially when you factor in the extra $100-129 for the keyboard. The Surface Pen is another $100 if you don’t already have one lying around. In total, the system could end up costing you about $780.

But the Surface Go justifies its price; there’s simply no other device like it. It’s tiny, feels premium, and – true to the original Surface promise – makes for both a great tablet and laptop. As with any computer, your specific needs will dictate whether it’s a good fit, but its been a long time since I’ve enjoyed reviewing a PC this much. It’s my favorite Surface – and it might just end up being yours too.