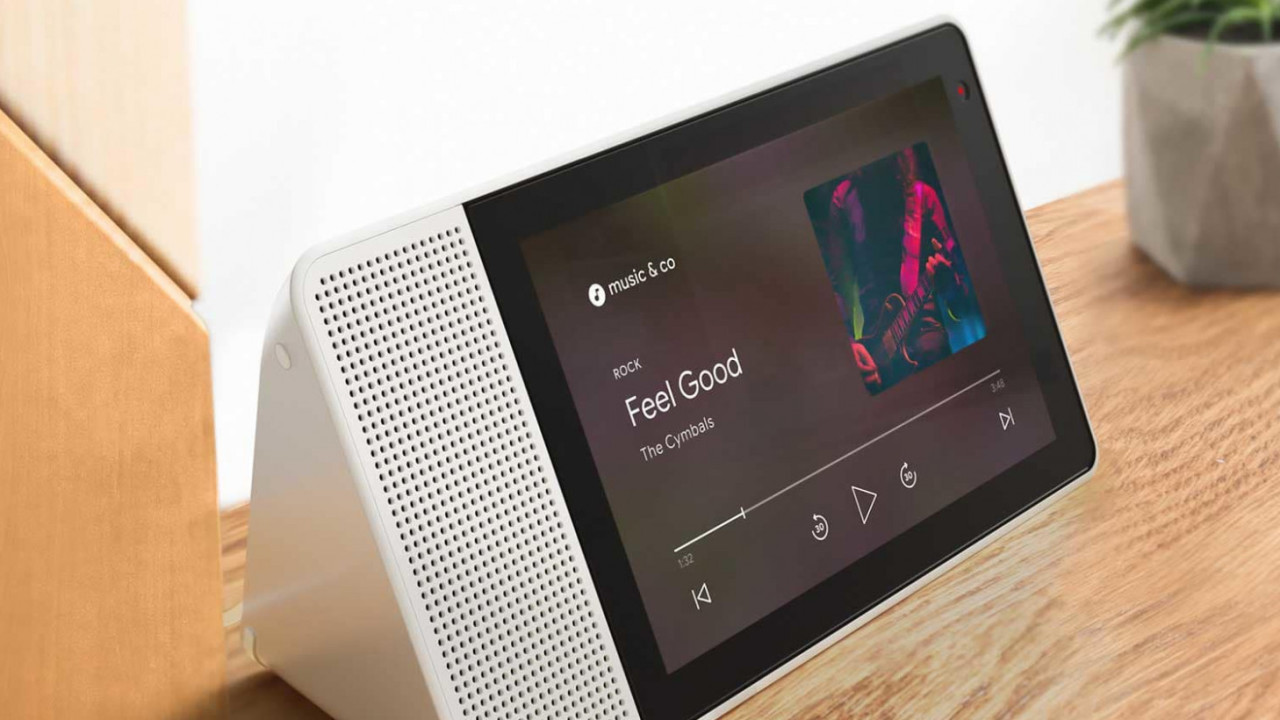 Back in January, Google announced that it was working with third-party hardware makers on touchscreen-equipped smart speakers with the company’s Assistant on board. The first of those products is now available from Lenovo.

The imaginatively named Lenovo Smart Display comes in two sizes – an 8-incher with an HD screen, and a Full HD 10.1-inch version. Aside from that and the speakers, they’re practically identical on the inside, and bring the same kind 5-megapixel camera on the front.

You can think of it as a Google Home with a screen: it can play music, control the smart appliances in your home, and answer questions. But it’s more than that, because it’s running Android Things, a new-ish IoT platform from Google with a brand new interface.

There’s no app store for it yet, so you’ll be restricted to the apps that do work with this OS right now: YouTube, Google Duo for video calls, Google Photos, and Spotify. Additionally, you can cast content from any app on your phone that supports Chromecast.

There are a couple more interesting features: you can ring people like you would with your phone, push a slider on the side to block the camera and disable the mic for privacy, and run multiple timers simultaneously.

All those features sound like they’d make the Smart Display a neat alternative to the Amazon Echo Show in your kitchen or bedroom. At $199, Lenovo’s starter device comes with a slightly larger screen and a smaller price tag than the $230 Echo Show. But given its currently limited range of apps, the Smart Display will likely make more sense if you’ve already bought into the Google ecosystem of services.

Our friends at The Verge, Tom’s Guide, and Android Central liked the Smart Display a lot; Ars Technica’s Valentina Palladino noted that while this device got a fair number of (Android) things right, it may be worth waiting to see what other hardware brands (like JBL, LG, and Sony) do with the new platform – or simply stick with a cheaper screen-less smart speaker.

Lenovo’s 8-inch Smart Display costs $199, while the 10-inch model is priced at $249. The Verge found that Costco members can snag a $50 discount on the larger one.

If this sounds like your cup of tea, you might want to check out the Chumby, the original smart display from a decade ago.

Are you interested in buying a smart display? Do you already have one? Let us know your thoughts in the comments.