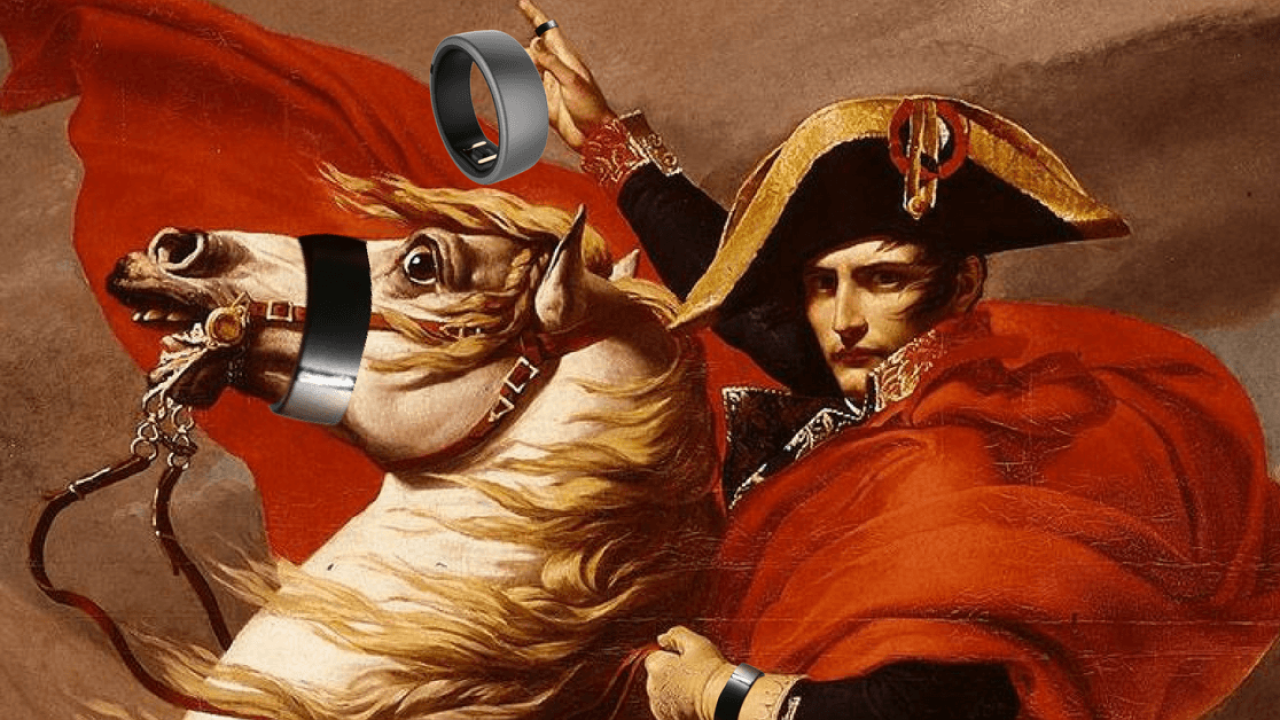 I’ve always thought fitness trackers are dumb. Often, they look cheap, tacky, and cheesy. In fact, they remind me more of those weird plastic bracelets kids were obsessed with in the 2000s than breathtaking pieces of tech.

You know the ones I’m talking about:

Well, I might have to backtrack on the mean things I said, because Motiv has released a fitness tracker that I, uh, you know, kinda actually like?

Bear with me here. What separates this fitness tracker from others is simple: it’s a ring.

In it, Motiv jammed a step counter, a heart rate monitor, and a sleep tracker. It’s also waterproof and the charge lasts for three days – both advertised features that I was surprized to see functioned in reality.

Damn, how does the thing work?

You slip it on your finger.

You asked. Anyway, it charges by USB, as shown here:

And then, you know, you wear it.

The ring connects to your phone via Bluetooth, sharing the data it collects with an app. From here, you can input activities, see your fitness stats, track your sleep, and monitor heart rate. You can see an example of the app here:

The way you sync the Motiv ring to your phone is cool too. You hold your hand parallel to the floor and twist the ring. After a couple of rotations, the light on the ring flashes and your data is transferred.

What about the fit though? I have weird fingers.

This was something else I appreciated. When you order the ring, the company sends you a sizing kit filled with plastic replicas of the device. Once you’ve found the ring that fits best, you just let Motiv know and they’ll send that size.

One of my colleagues referred to this process a “fucking hassle,” which I can understand, but I’d rather this than randomly buying a ring that might not fit.

This all sounds good, but does it actually work?

Generally, yeah. As I spent more time wearing the Motiv Ring than carrying my phone about, the step count was probably more accurate. The health app on my phone and the ring also shared data to make the reading more precise.

In regards to the sleep tracking, it got it right around 95 percent of time. It did occasionally categorize me as awake for hours when I got up in the night for a sneaky toilet trip though…

And the heart tracking?

This is something that fitness trackers have historically struggled with. While I didn’t put it through a rigorous scientific test, I did test my pulse manually (you know, the old fingers on the neck approach) and compared this to the ring.

And it did well in my heroically unscientific test – I’d say in the region of 5 percent give or take. So, while it might not be accurate enough if you’ve got serious health issues, the Motiv ring is fine for basic fitness.

How much will it set me back then?

But it’s not cheap either, as it’s about double the cost of the more traditional (and very popular) Fitbit Alta. Still, the Motiv feels like a much more advanced piece of kit than its bracelet-style competitors.

Sounds like I should just go out and buy this thing.

Hold your horses. While the Motiv Ring is good, it has some issues. The most glaring to me was its reliance on the app. This is fine if you want to check your stats, but I found it irritating to manually put in all my minor activities, such as cycling to work or walking to the shops.

I’d love a function where I could squeeze the ring a number of times and it would start tracking a set of pre-defined exercises.

Another issue I bumped into was an aesthetic one. My girlfriend referred to the Motiv as looking like a “Christian promise ring,” while others just assumed it was a weird new fashion statement. If you don’t wear rings anyway, it will stand out.

As far as complaints go, that doesn’t sound too bad.

Thing is – it falls into the same traps as other fitness trackers. While I started checking my sleep patterns and heart rate religiously, this dwindled over time. There wasn’t really anything to keep me coming back to the device, even though I still wear it.

So what do you do with it then?

I’m so glad you asked – how about a quick game of “what can I fitness track?”

Let’s find out what has a pulse!

Anyone who thinks the idea behind fitness trackers is cool, but hated those stupid bracelet ones.

The Motiv Ring is genuinely one of the coolest bits of technology I’ve played with recently and, while it might have its flaws, I love the ambition and design quality. It’s the sort of gadget I can get behind.

If you have no interest in fitness trackers or think the concept is redundant, this won’t change your mind. But if they’re a technology you’re interested in, I’d recommend you give it a go.