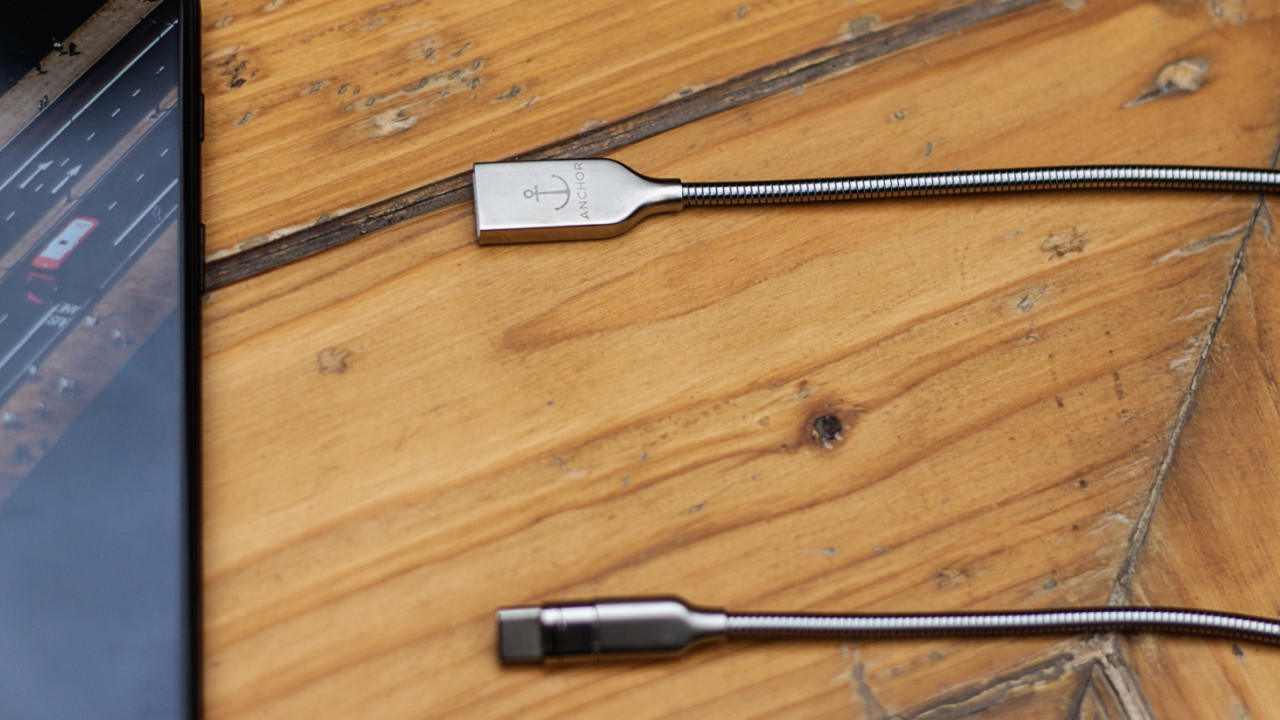 There are loads of charging cables that claim to be extremely durable. I can confirm that Anchor’s $39 offering walks the talk, and it even lets you swap connectors so you can plug it into anything.

But there’s one niggle that’s keeping me from using it regularly: the magnets.

This cable has a solid steel casing, plugs into USB-A ports at one end, and lets you quickly switch between magnetic microUSB, Lightning, and USB-C connectors on the other end, on a whim.

It’s well crafted, with beautifully finished metal on the jacks and casing. The neodymium magnets are strong enough to hold on to the jack while it’s plugged into your phone. Here, look:

I even ran the cable over several times with my bike on the street, and it barely picked up a scratch:

So far, so good. But in everyday use, the Anchor cable wasn’t ideal. I charge my phone in all over my house and coworking space – on the couch in my living room, at my desk, and on a low shelf with the charger plugged into a surge protector socket on the floor.

Now, unless you plug the Anchor cable in carefully, the magnetic tip could disconnect from the connector. On multiple occasions, after setting up my phone to charge, I’d return to find that the cable wasn’t properly connected – and my phone was as low on power as when I’d left it.

In addition, the connectors tend to stay plugged into the device, while the cable disengages from them. This isn’t a problem for people who plan to leave the connectors lodged in their devices, but that’s not how I like to use it.

I was hoping to carry the cable to work and plug it into various devices to charge at the office. I had no such luck: the connectors were stuck in other gadgets at home, and all I had with me was a lone cable.

To be fair, it seems like this isn’t exactly a poor design choice, but rather a trade-off for a certain sort of convenience. That means this cable isn’t for everyone. But if you’re into the idea of a cable that you can use with a bunch of gadgets plugged in, Anchor’s offering is a good way to go.

At $39, it’s a fair bit pricier than other ‘tough’ options – but it might be the last charging cable you’ll buy for a long time to come.
Find the cable on Anchor’s site for $39.