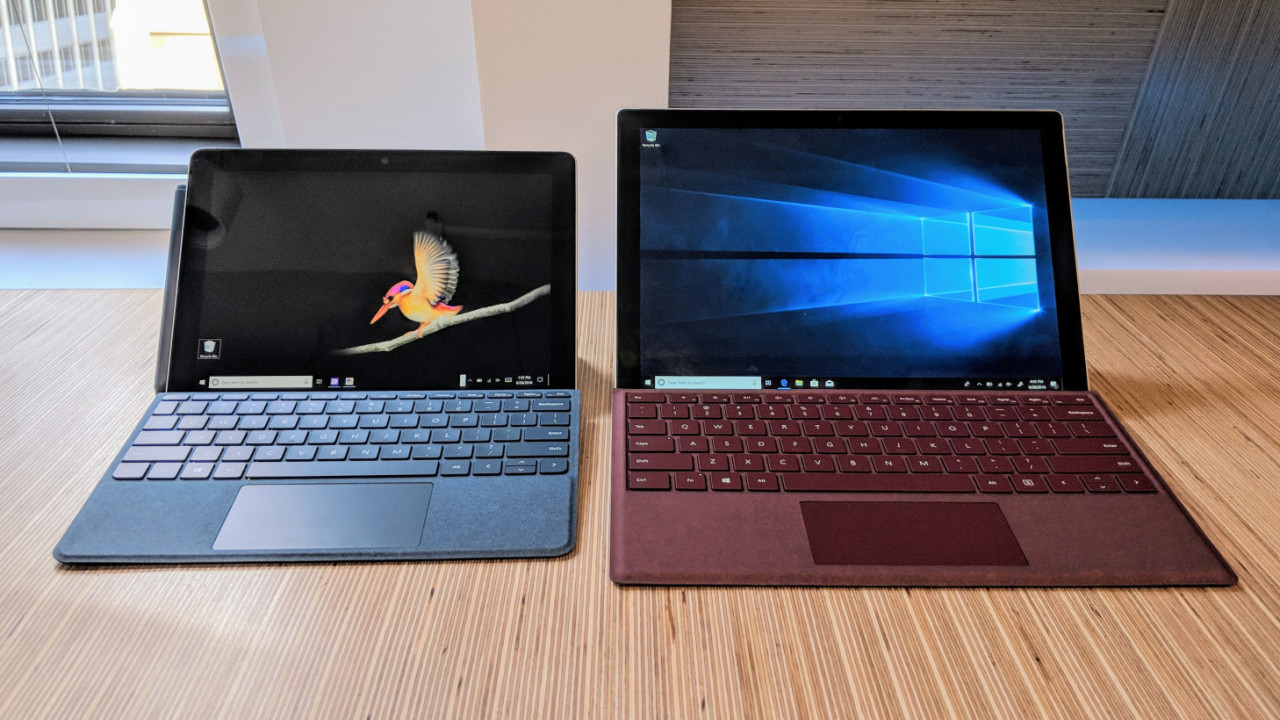 It’s been three years since Microsoft released the Surface 3. No, not the Surface Pro 3 meant to replace your laptop, but the smaller 10.8-inch model that was meant to go head-to-head with the iPad.

At the time, I loved the small form factor and low price – it was a Surface I could take almost anywhere and easily recommend to students on a budget, or as a secondary computer for everyone else. Its performance wasn’t amazing, but it was good enough for most common productivity tasks.

Enter the new Surface Go. It’s the Surface 4 that never was.

I had the chance to go hands-on with the device before its unveiling, and there’s a lot to like. The basics: it’s a 10-incher with an 1800 x 1200 pixel display, it weighs half a kilo (1.15 lbs), and starts at $400 – unfortunately sans the keyboard, as usual. Still, that’s $100 less than the Surface 3 started at, making it the cheapest of Microsoft’sdevices in this lineup yet.

It’s powered by an Intel Pentium Gold processor (yeah, they still make Pentiums), which should be plenty good enough for everyday computing – particularly considering that it runs Windows 10 Home in S mode. It comes in 4GB and 8GB RAM configurations, with 64GB of eMMC storage, or a 128/256GB SSD (all expandable with a microSD card).

Battery life is rated at 9 hours, which is a bit short compared to the marathon batteries in more recent Surface devices, but we’ll have to see how that holds up in real world use. There’s a USB-C port, so you can use your Android phone’s charger to power the PC, though by default it charges using Microsoft’s proprietary Surface connector.

Thankfully, the low price doesn’t seem to have pushed Microsoft to compromise on build quality: the Go looks and feels every bit as good as the rest of the Surface family.

It has the same magnesium body and sturdy kickstand hinges as the Pro, and the shrunken keyboard feels surprisingly good. It comes in the same oh-so-soft alcantara fabric found on other devices. The keys have a slightly concave shape and feel superbly clicky, and the touchpad is actually bigger than the one on the Pro.

I’ll have to spend more time with one to see if its worth it, but for now I’m just glad the smallest Surface is back.