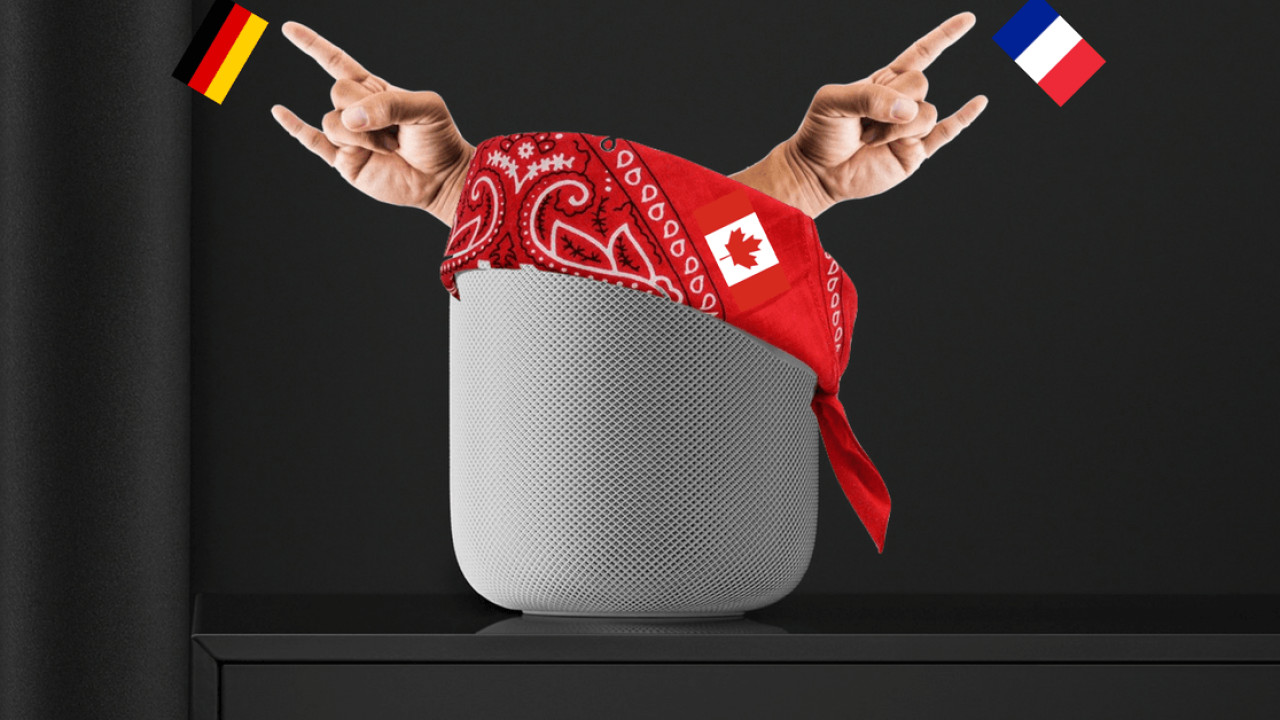 Apple’s HomePod – the company’s answer to Google Home and Amazon Echo – will finally be available for purchase by Canadian, French, and German consumers on June 18th.

Currently, you can only buy it in the US, UK, and Australia.

Apple is already preparing for the launch by releasing new language options on HomePod. When current users update their device’s firmware to the just-released iOS 11.4, they’ll be able to select German or French as optional languages. Geil!

Unfortunately, Canadian French won’t be supported until later in the year. Dégueulasse.

The iOS 11.4 update does more than just add new languages to HomePod though. When installed, the devices will support stereo pairing and multi-room audio, using the just launched AirPlay 2.

This means that anyone with multiple HomePods or the Apple TV can use their iOS devices to play music in any room, move the sounds from one location to another, or just blast the same tunes everywhere.

Now no one’s safe from your terrible taste in music.