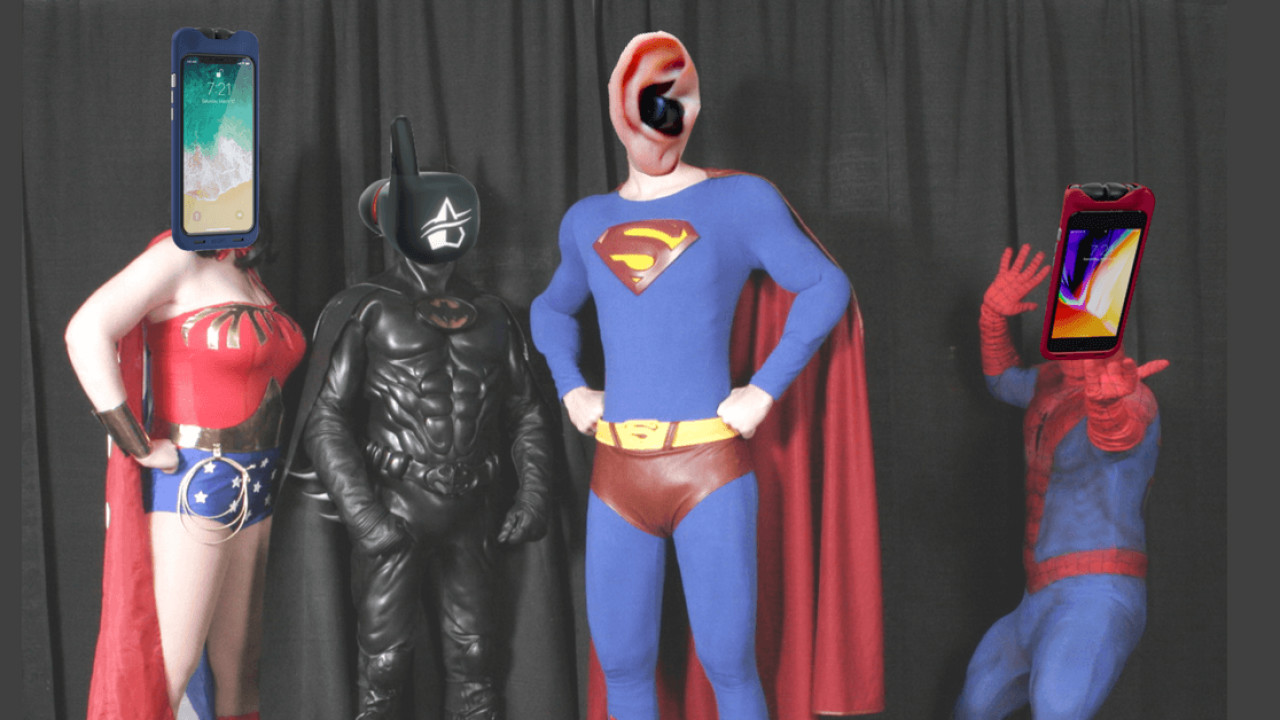 Sometimes, the best way to create something new is just to jam some old things together. It worked for The Avengers movie franchise, it worked for Stars Wars and The Muppets, and, goddammit, it may just work for Ascape’s AmpPack.

The device is three things in one: a phone case, a battery pack, and a pair of wireless earbuds. Almost funded on Kickstarter, the iPhone-only AmpPack case – which contains the battery – covers your phone and holds the headphones, all while providing charge to both devices. The below GIF shows the concept:

“Wireless earbuds finally freed us from tangled cables, but they caused a bunch of new problems,” Ascape Audio co-founder and CEO Paul Schrems told me. “Our phones are always with us and we recharge them religiously, so building the earbuds to be held and recharged from a phone case was the ideal place to start.”

This I can understand. One of the reasons I’ve never invested in a pair of fancy pants wireless earbuds, like the Apple AirPods, is because I worry about doing something stupid, like dropping them in a festival toilet, or, more horrendously, forgetting to charge them before a long journey.

Here’s one of my issues though. Aside from the obvious inventions like smartphones, generally slamming several products together in the hope they succeed regularly creates a mess. Remember the NGage? Radio toasters? TEA ALARM CLOCKS? Yeah, I thought not.

I asked Schrems about this, as generally I’ve had better experiences with products that do one thing well, rather than those trying to be a jack of all trades. He told me that combining the phone case, battery pack, and headphones allows Ascape to “provide higher quality craftsmanship at a lower cost,” than three separate items. From my experience, I’m not sure I agree, but he did get to the crux of the AmpPack’s attractiveness when he told me, “three devices are just less convenient than one.”

With the full package retailing for $249.95, it puts the headphones in the AmpPack in the same bracket as the publicly beloved Apple AirPods, which sell for $159.00 on their own.

This means we should expect top quality headphones, something Schrems assured me was the case. Ascape has focused intently on the design, using “graphene micro-film driver diaphragms,” “premium coin-cell [batteries] from Varta,” and “Qualcomm’s new 5120 Bluetooth chip” in the headphones. All impressive sounding, but the proof of their quality will have to come from testing.

I also have a feeling that the battery in the AmpPack could be improved. Its capacity is around 2600mAh, which means it can fully charge an average iPhone once. When you compare this to something like Anker’s Powercore series (with some of them holding almost ten times as much charge) it doesn’t stand up too well.

Despite this gripe, I can see the logic behind the decision. Ascape has opted for a sleek case that’ll fit in your pocket, rather than a monstrous battery that’ll make the AmpPack bulky. Also, considering most people charge their phone every night, only holding one full phone charge might not be dealbreaker for many.

The AmpPack seems to be a strong solution to some modern problems. The fact that Ascape has already released a pair of well-reviewed headphones – the Ascend 1 – gives me hope that it might be able to pull the AmpPack off.

If you’re interested to find out for yourself if this truly is the crossover event of a generation, head over to Kickstarter.