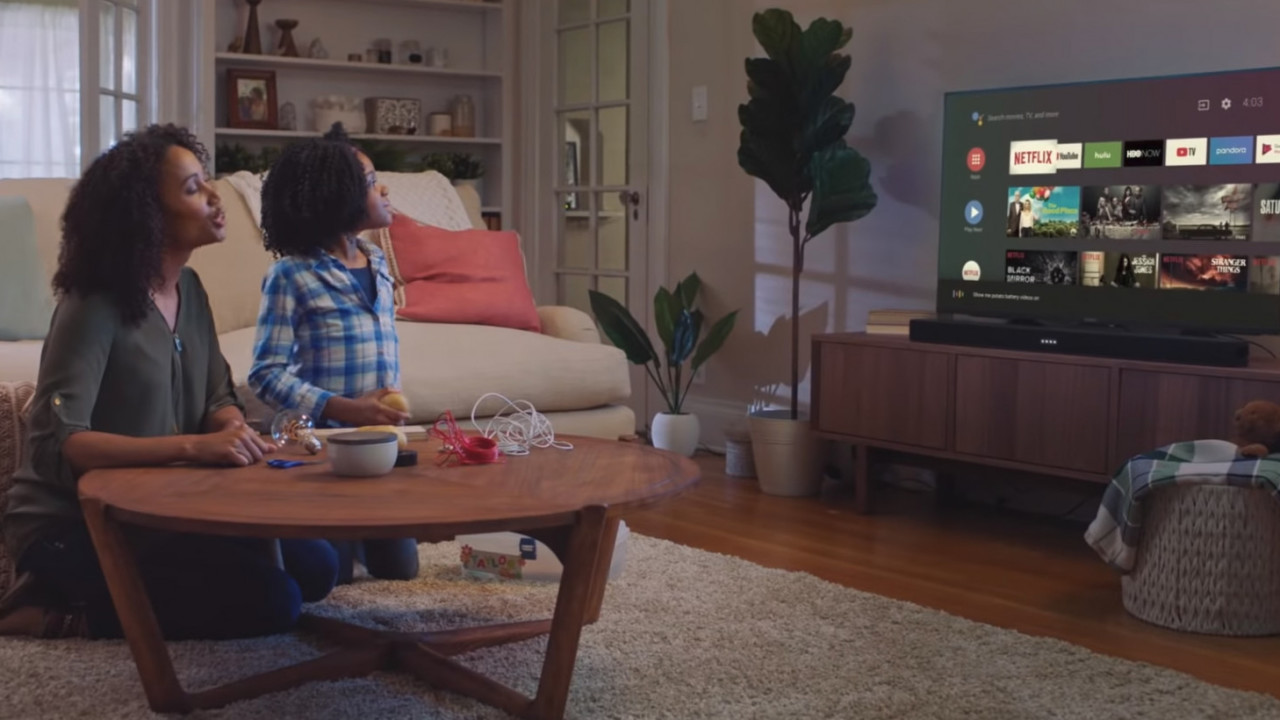 We’ve been waiting with bated breath for Google to stuff its Android TV platform into a dongle so we wouldn’t have to sacrifice space in the living room for a smart TV experience. Now, audio gear maker JBL has what might be the next best thing: An Android TV-powered soundbar.

The new JBL Link Bar is the first to come with Google’s TV platform built in – along with Assistant support – so it not only upgrades your existing TV into a smart one with apps and streaming capabilities, but it also doubles as a smart speaker that can follow voice commands, play music when the TV is off, and control connected gadgets around the house.

Baking Android TV and Assistant into a soundbar is a smart move: most modern TVs sacrifice sound quality for slim builds, and a soundbar is a neat way to upgrade your audio without taking up too much space. Add the aforementioned features into the mix, and you’ve got one clever speaker that negates the need for a separate Google Home in your living room.

Variety notes that the Link Bar will come with a remote control, and support 4K HDR video streaming; its dual microphones will help it pick up voice commands from across a room. As for connectivity, the soundbar features three HDMI ports so you can switch between game consoles and Blu-ray players by using the remote or pressing a button on top of the speaker.

It’ll also work with a subwoofer that JBL plans to sell separately, and play nice with Google Home speakers or Chromecast-connected ones for multi-room audio.

That sounds like everything I could want in a soundbar: I had the pleasure of reviewing a soundbar for a few weeks recently, and enjoyed the improved audio while watching TV shows and movies without having to give up much room for an additional speaker. Adding Android TV into the mix would upgrade my aging display with some handy features for streaming more content, and allowing for hands-free control to boot.

The Link Bar is slated to go on sale this fall; pricing hasn’t yet been announced.

If that sounds a bit steep, and you don’t care for Android TV, consider the simpler $150 Polk Audio Signa S1, which comes with Bluetooth support and a wireless subwoofer.