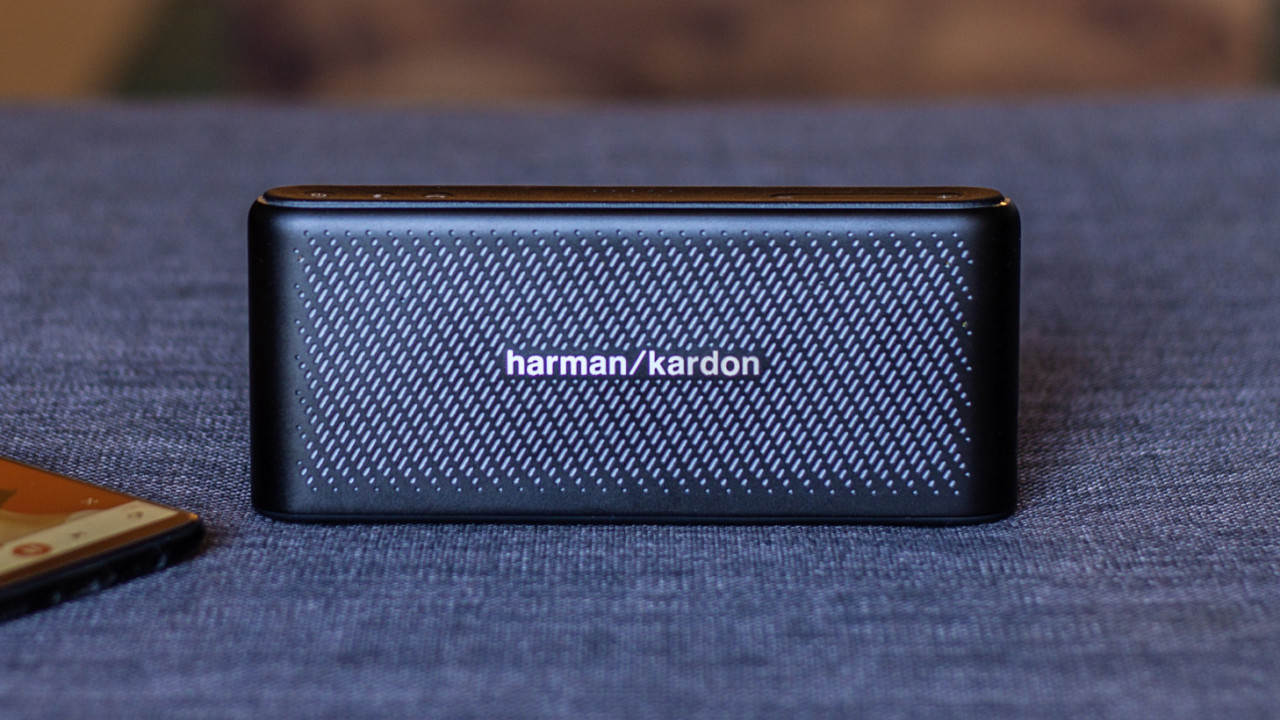 I’m all about wireless speakers that let you start a party anytime, anywhere – they’ve livened up many a trip to mountains and beaches over the past few years. But when it comes to portable gear, you’re often forced to compromise on audio quality.

Not so with Harman Kardon’s Traveler, which debuted late last year. The company has a reputation for building good sounding equipment, and it’s managed to bring that expertise to its recent Bluetooth offering. Oh, and there’s a spare battery to juice up your phone on the go as well. But is it worth $150 when cheaper options are available? I took the Traveler on the road with me over the past three weeks to find out.

The Traveler features an elegant, understated look that’s more about blending in than standing out. It’s a bit longer than most 5.5-inch phones and as thick as the average power bank; that makes for an unremarkable shape, albeit a pocketable one so it can go anywhere easily.

While it’s easy to carry around, it isn’t really meant for roughhousing, as it isn’t water- or dust-proof. Still, its aluminium unibody looks like it can withstand a couple of drops without falling to pieces. The chrome trim and leather top panel, which also features clearly labeled flat buttons add to its sophisticated look. This is more at home

There’s not a lot to the Traveler: it plays your music, lets you answer calls with its built-in mic, and charges up your phone with a 2,500mAh battery (that’s more than a full charge for an iPhone 8, but a fair bit less than most 5.5-inch Android handsets). On its own, it manages the 10 hours of playtime that Harman Kardon has labeled on the tin.

That’s all well and good, but I’d have liked to have seen some more modern touches, like fast charging (it takes about four hours to charge up fully) and a USB-C port, so I wouldn’t have to carry a separate microUSB cable to keep this juiced up.

I’ve tried several Bluetooth speakers over the past couple of years, but few of them offer the sort of enjoyable audio that the Traveler manages to dish out. It’s beautifully detailed, allowing you to pick out instruments, ghost notes, and attack from stringed instruments and percussion. The Traveler is equally at home belting out punishing progressive metal like Nevermore’s Dead Heart in a Dead World, nuanced electronica like The Black Queen’s Fever Daydream, lighter pop fare from World Champion and Sirintip, and even Philip Glass’ modern classical film scores.

It gets loud enough to fill an apartment living room, and you’ll be hard-pressed to push its output to the point of distortion. There aren’t any equalizer settings to fiddle with; you’ll have to make do with its bright, punchy sound profile that’s more suited to contemporary music than your vinyl rips.

Who is the Traveler for?

If you’re all about stylish, minimalist gear while you’re out and about, the Traveler will fit right in with all your carefully matched leather accessories. It wins plenty of points for delivering pristine audio from a small package, and it doesn’t hurt that it can rescue your dying phone in a pinch. However, it’s not for adventurers who are looking for an all-weather friend in their next speaker. I wouldn’t venture near water or sand with the Traveler, even though it’s pretty good for cranking out some tunes outdoors. At $150, it’s a bit pricey when you compare it to the impossibly wide range of Bluetooth speakers out there, and it’s in the range of Bose’s portable offerings. That makes it a bit hard to recommend, but if you’re okay with the cost, you won’t be disappointed with how it sounds. Find Harman Kardon’s Traveler on the company’s site or on Amazon US, and Amazon India.