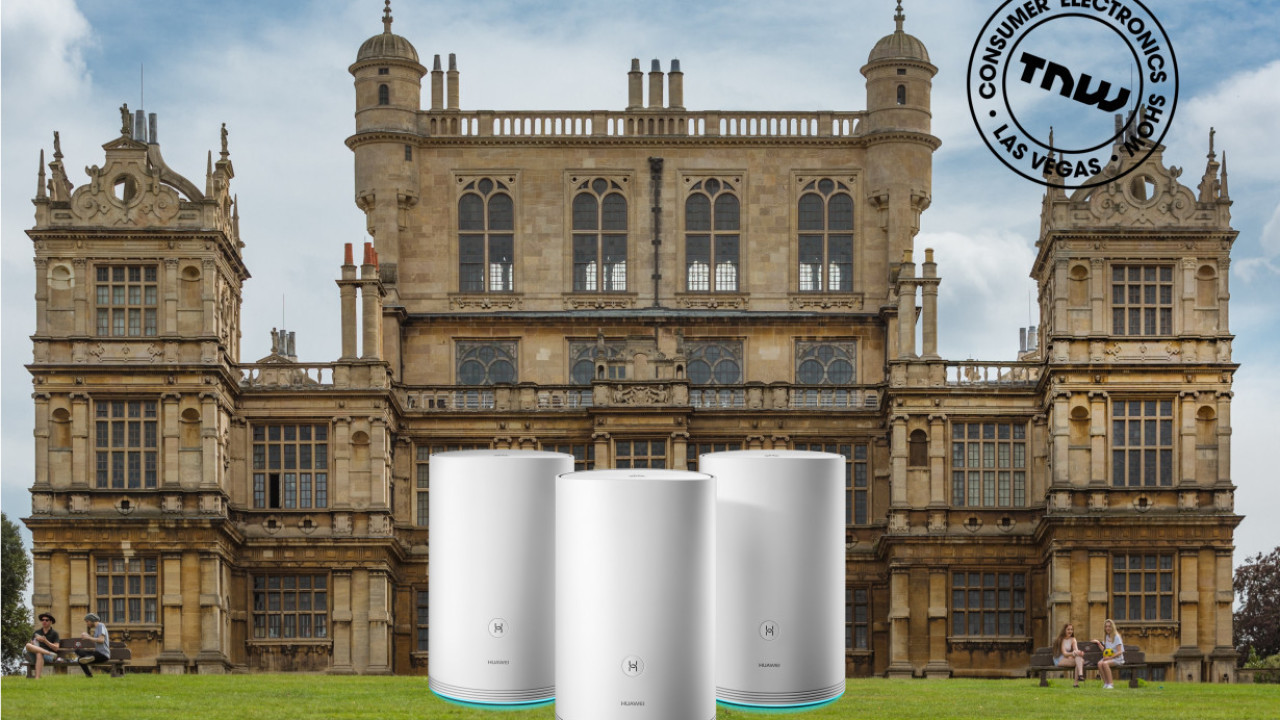 Yesterday, Chinese networking giant Huawei unveiled its new Wi-Fi router at the CES exhibition in Las Vegas. The Huawei WiFi Q2 is the company’s latest mesh network router, allowing users to pair a base station with as many as sixteen satellites in order to provide a larger area with coverage.

So, if you’ve ever complained that your house is too big for your existing router, these are for you. If you live in a pokey little apartment, not so much.

Routers that use mesh networking technology are nothing new. Linksys, Netgear, and Google all have their own compelling offerings. Huawei says the WiFi Q2 is unique as it uses a hybrid system that also employs a 1Gb PLC (Power Line Communication) connection, which offers backhaul and load balancing across the network.

The WiFi Q2 looks pretty nice, at least by the low standard set by routers. They’re solid, sterile-looking tubes, with no protruding buttons and aerials. They’re also purportedly easy to set up, and are largely plug-and-play. According to Huawei, a satellite can connect in just under two minutes.

Huawei is selling the WiFi Q2 in three variants. It comes with either one, two, or three satellites. Medium sized offices and apartments could probably eke by with either one or two, but if you’re struggling to get a solid connection from the wing of your mansion that houses your Scrooge McDuck pool of money, you might want to stump up for the three satellite version. And at that point, if you’re still struggling to cover your entire house, you can purchase additional satellite hotspots. Or, like, maybe downsize?

Unfortunately, the company is yet to announce pricing and availability.