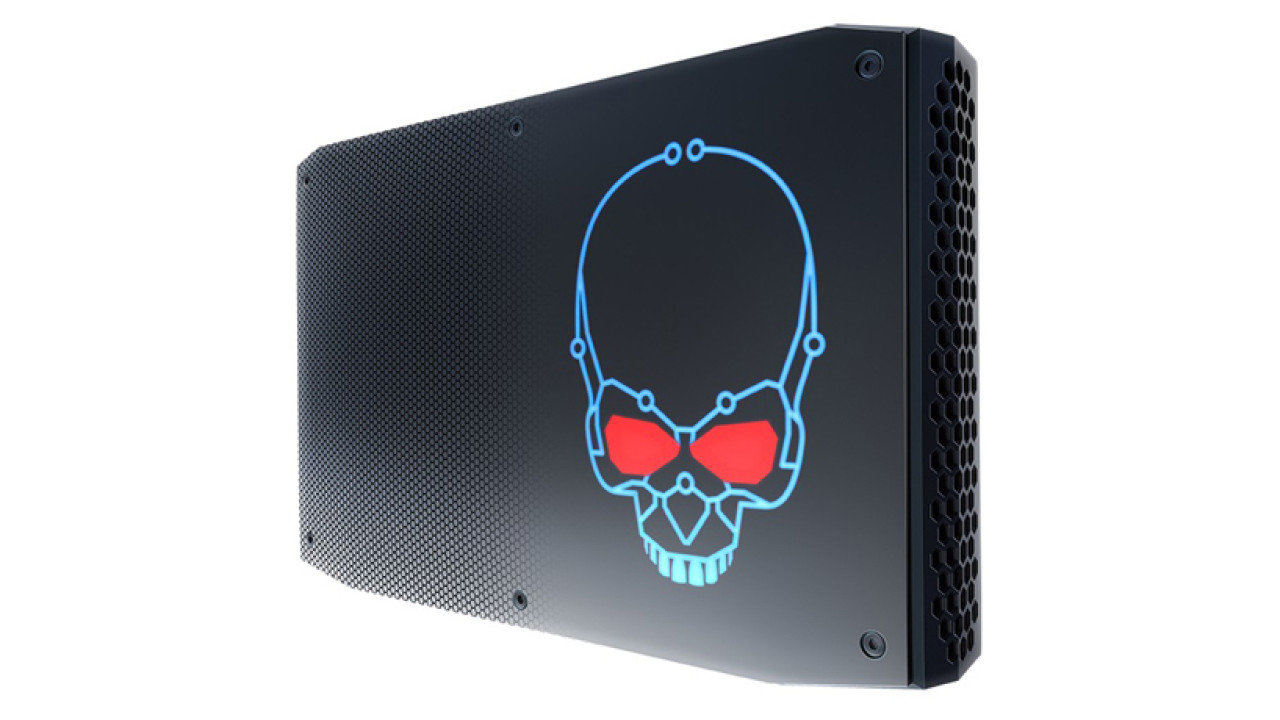 To showcase its latest 8th gen Core i7 processor at CES 2018, Intel has unveiled two flavors of a new NUC that fits in the palm of your hand and is said to be capable of running VR experiences and games.

That means powerful graphics performance in a tiny package that’s easy to carry around and use at your desk. Intel began showing off Next Unit of Computing (NUC) devices a couple of years ago, but this one, equipped with a mighty new chip, finally makes the concept truly worth taking notice of.

The two models, the NUC8i7HVK and NUC8i7HNK, feature Intel’s new Core i7 chips that are coupled with AMD RX Vega M GPUs, negating the need for bulky graphics cards. The HVK model comes with AMD’s Vega M GH hardware, which has more compute units, a higher clock speed, and support for overclocking. The HNK is bundled with the lower-end Vega GL chip, which isn’t quite as fast, but works with Core i5 as well as i7 processors, and should be a bit cheaper.

Intel says that the Vega GH should deliver significantly better gaming performance when compared to Nvidia’s GTX 1060 cards, while the GL can trump a 1050. Engadget notes that this means at least 60fps graphics at 1080p resolution with games like DOOM; that doesn’t exactly translate into VR-readiness, but it’ll be interesting to see how these machines perform in benchmark tests when they’re closer to hitting store shelves in the spring.

You also get a bunch of ports for Thunderbolt 3 USB-C, gigabit Ethernet, Mini DisplayPort, USB 3.1, HDMI, and 3.5mm audio ports. Intel says its NUC can support up to six displays simultaneously. It’s worth noting that this is primarily aimed at enthusiasts: you’ll have to add your own storage, RAM, and other peripherals before you can start playing with it. If the price is right (Intel has revealed details yet), this could usher in a new era of gaming PCs starting later this year.