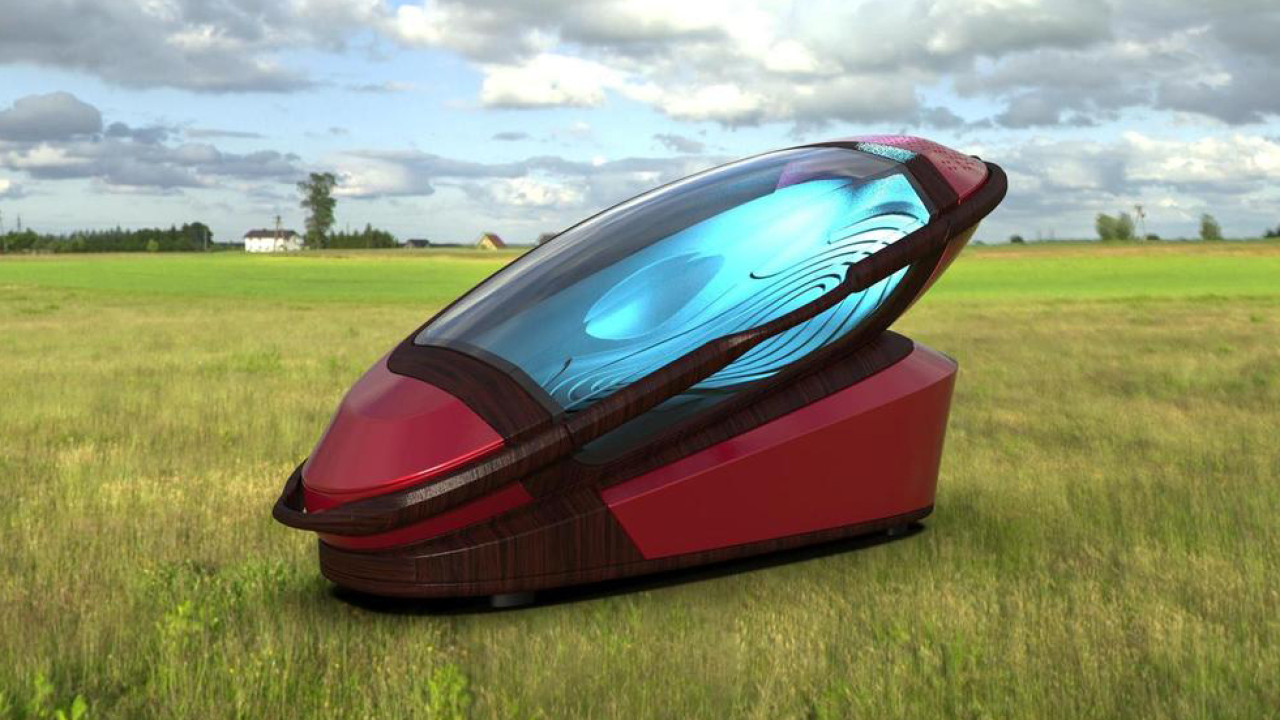 When we talk about death machines, we’re usually speaking hyperbolically about contraptions like this one, or the rise of AI overlords that get bored with their menial tasks before rising up against their oppressors. This might start with buying up Papa Johns franchises and taking up Soul Cycle but it’ll undoubtedly end with eradicating the human race.

Sarco involves no hyperbole; it’s a literal machine used for the sole purpose of killing whomever steps inside.

Created by Philip Nitschke — who’s now known affectionately as “Dr. Death.” by his peers — Sarco is a 3D-printed euthanasia tool that look suspiciously like a wingless version of this human-carrying drone we spotted at CES the last two years. The contraption puts the power into the hands of those that enter it, allowing each person that sits inside the freedom to choose to die.

Sarco accomplishes this by filling the interior with nitrogen gas. Sixty seconds later you begin to feel disoriented — like you’ve had a few too many drinks, Nitschke says. After a few minutes you lose consciousness. Within five minutes, you’re gone.

Those inside can stop the process at any time should they change their mind. It’s also up to them whether they want to black out their view of the world while inside, or look through Sarco’s windows at outside scenery as they fade. Its creator, for example, imagines a day he’ll die watching a sunset in the Australian outback.

Nitschke, for what it’s worth, doesn’t take joy in facilitating suicide. Instead, he tells Vice in a recent profile, Sarco’s creation is about recognizing suicide is a choice, and one that should be available to anyone of sound mind.

Sound mind, though, is relative.

Sarco is available to depressed and mentally ill individuals so long as they pass an assessment ensuring they are aware of their actions and the permanent nature of the decision.

There’s also a rather arbitrary age associated with the ability to legally end your own life. Nitschke told Vice he set the minimum age at 50 to appease the United States, whose views on euthanasia trail European countries like The Netherlands. The Dutch, since 2001, have been able to legally end their own lives with help from a doctor.

The legality of this in the United States still very much resides in the gray area. In California, Oregon, Colorado and a handful of other states, for example, it’s legal, but only at the state level. Much like marijuana — also legal in these states — the laws permitting people to end their own life under supervision from a doctor are prohibited by the federal government.

Sarco though, isn’t meant to be a one-stop death shop. Instead, Nitschke hopes it provides a peaceful option to those with terminal diagnoses, chronic and debilitating pain, or anyone seeking a peaceful end in old age.