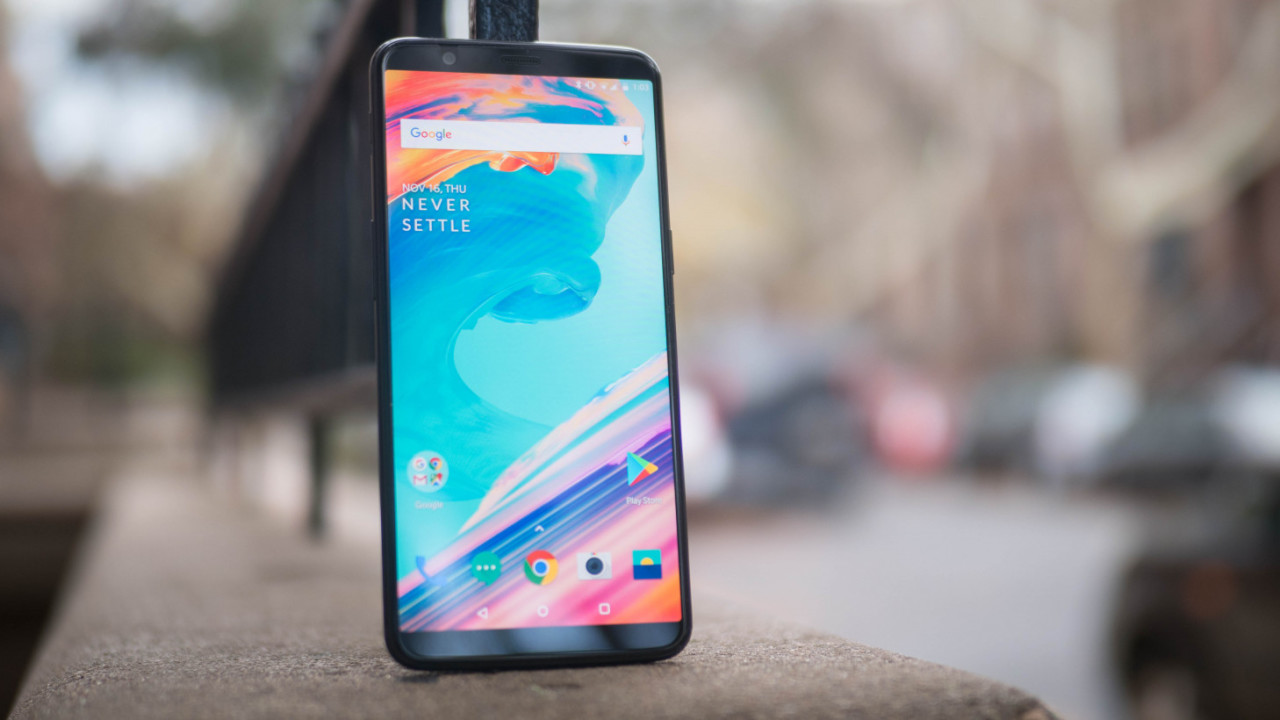 When the OnePlus 5 arrived earlier this year, it was the closest the company had ever come to its original ‘flagship killer’ mantra. But for many potential buyers, there was one thing holding it back in after a year full of excellent smartphones: Bezels.

After months of rumors and speculation, the OnePlus 5T is now official, and it’s looking to close the gap with the likes of Samsung, Apple, and Google’s flagships, but at a much lower price. It’ll start at $499 when it goes on sale November 21.

I’ve had the chance to play with it for a few days as I work towards my full review. Unlike last year’s 3T, the OnePlus 5T doesn’t come with a more powerful processor, but it does introduce a couple of important tweaks. Here’s the key spec bullet points:

So about them bezels. They’re small, and that’s great; it helps the OnePlus 5T look much more like a proper 2017 flagship. As such, the fingerprint sensor returned to the back of the phone to make way for the display, but I prefer that location anyway. The phone itself feels very similar to the regular OnePlus 5, occupying the same overall footprint, just a little bit thinner and taller.

It’s a pretty great panel too. Though the resolution is ‘only’ 1080p and is therefore a bit fuzzier than a QHD display, colors are vibrant with support for the DCI-P3 color gamuts. OnePlus default calibration is excellent, balancing saturated colors with accuracy, but you can tweak it towards something more to your liking in display settings. The company also says it’s improved readability in sunlight by dynamically adjusting contrast – a useful feature that Samsung and other have been doing for a few years.

(Side-note: OnePlus continues to have by far the best default wallpapers on any phone.)

The camera is the other notable change, with OnePlus replacing the telephoto lens for another F1.7 lens with the same focal length as the primary shooter. OnePlus decided it was better to focus on low light photography, and it says the additional detail from the secondary camera (which is 20 MP, rather than 16MP), makes it about as sharp as the old telephoto lens. We’ll have to see how these hold up with further scrutiny, but at first glance low light photography seems to be an improvement over the OnePlus 5.

Then there’s the disappointing bit: The OnePlus 5T ships with Nougat. The Oreo beta shouldn’t be too far off – it’s already being tested on the 3 and 3T, but it’s nevertheless a little unfortunate that OnePlus couldn’t bring Oreo at launch.

Still, the company has made some tweaks to the software for the 5T. You can now unlock the phone with your face for instance. It works works impressively fast, but it’s not meant for serious security and can’t authenticate payments. There’s also now a ‘parallel apps’ mode which lets you run two instances of an app – say, if you want to use different accounts.

Otherwise, it’s pretty much the same as the OnePlus 5, which is a good thing. OxygenOS is still a tasteful take on stock-ish, Android, it’s still blazing fast, and there’s still the excellent alert slider. Assuming battery life and performance hold up to further scrutiny, OnePlus will likely be right up there with 2017’s best bezel-less flagships – at nearly half the price.