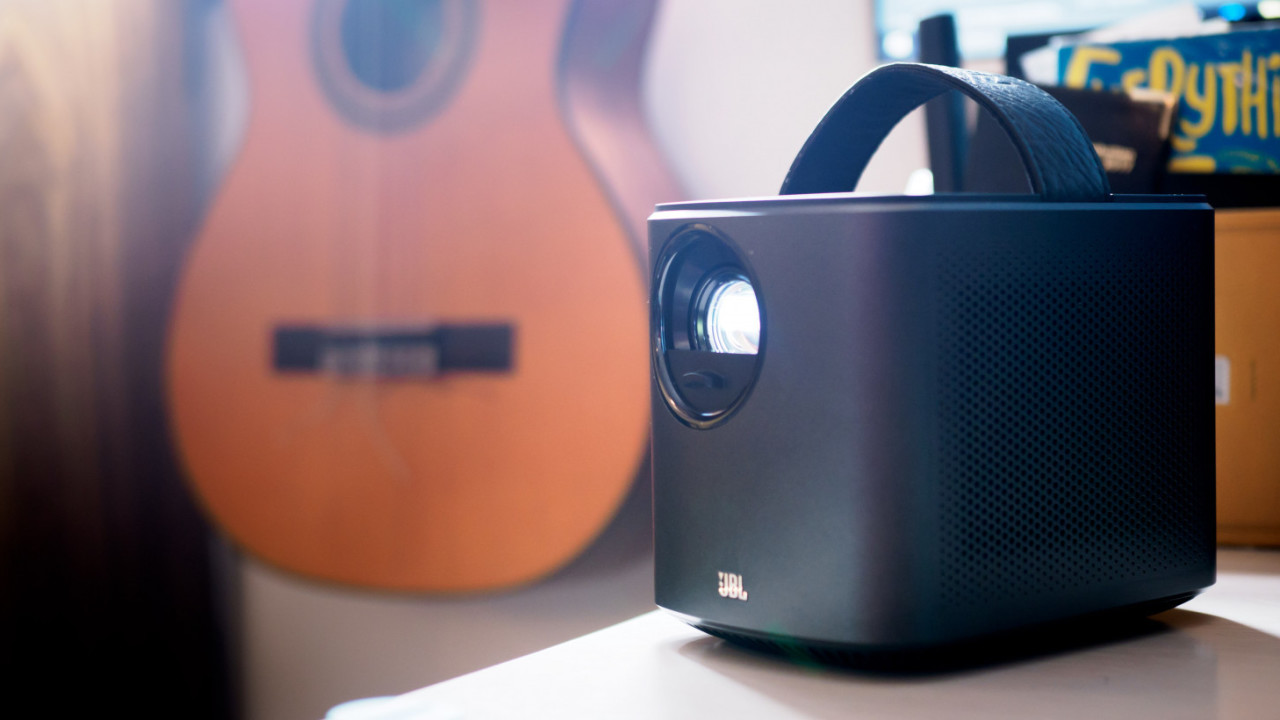 I’ve tried plenty of portable projectors over the years, and while they’re fun to mess with occasionally, few have captured the a balance of portability, features and quality to make me want to use them frequently. Anker’s Nebula Mars, a $600 projector about the the size of a lunch box, comes really close.

Let’s start with the basic specs:

The 3000-lumen figure and 720p resolution tells you most of what you need to know: it’s not a cinema quality projector, but it gets bright enough to be used in a variety of settings – even during daylight indoors. Unlike most portable projectors which are pretty much only useful in complete darkness, the Mars doesn’t ask you change your environment’s lighting so much.

That’s in part because the Nebula uses the ‘portable’ designation a little more liberally than most. Most such projectors are small enough to fit in a laptop bag or even a pocket. The Nebula is more something you fit in a suitcase or large bag. Or just carry around with the included handle.

Of course, that larger size comes with advantages. Unlike many portable projectors that claim images of 100 inches or more, I actually found the Nebula comfortable to use at those sizes in a dark room, though something around 75 inches struck a better balance of size and brightness. Keep in mind the projector slightly reduces the maximum brightness after it reaches below 60 percent battery too.

At 720p, it’s not exactly a razor sharp, but it’s perfectly comfortable for much content, especially older movies and animated shows which don’t benefit tremendously from a resolution bump. I watched some Marx Brothers movies with the projector and even at low resolution, there’s something awesome about projecting a movie onto a giant screen.

That’s not to say the image quality isn’t any good. In fact the colors and contrast are better than pretty much portable projector I’ve tried – though again, the Nebula is also larger than any of those. It also sounds pretty good – the JBL speakers gets loud enough to fit a living room. There’s not much bass presence, but it’s much better than, say, laptop speakers.

The Nebula’s Achilles heel is its software. The fact that it runs Android should mean it’s extremely flexible, but as there’s no access to the Play Store, the app selection is paltry – basically just Netflix and YouTube among major streaming services.

Even Netflix, though servicable, seemed clunky to navigate with the included controller, as the app wouldn’t always make it clear what I was selecting. You can sideload apps, but many won’t run on Android 4.4 or are difficult to control with the remote. In any case, that’s more hassle than should be required.

Then again, I’m glad it at least has an OS, as opposed simply being a projection box. At the very least, it’s useful for playing back saved videos and photos from a USB drive.

Still, your best bet is to use the Nebula with a Chromecast, Roku, or other dongle. Thankfully Anker includes A USB 3.0 port with enough juice to power such dongles. It’s not seamless, but it greatly opens up the amount of content you can watch.

Whether the Nebula is worth $600 depends on what you’re looking for from a projector. It’s not quite tiny, and it’s worth reiterating that disappointing software experience. But even considering those caveats, it strikes a comfortable balance of portability, battery life, and sound and image quality. There’s something awesome about having a giant screen you can easily move around the house or take anywhere else. Just make sure to add a cheap streaming dongle to your cart as well.

The Nebula is on Amazon here